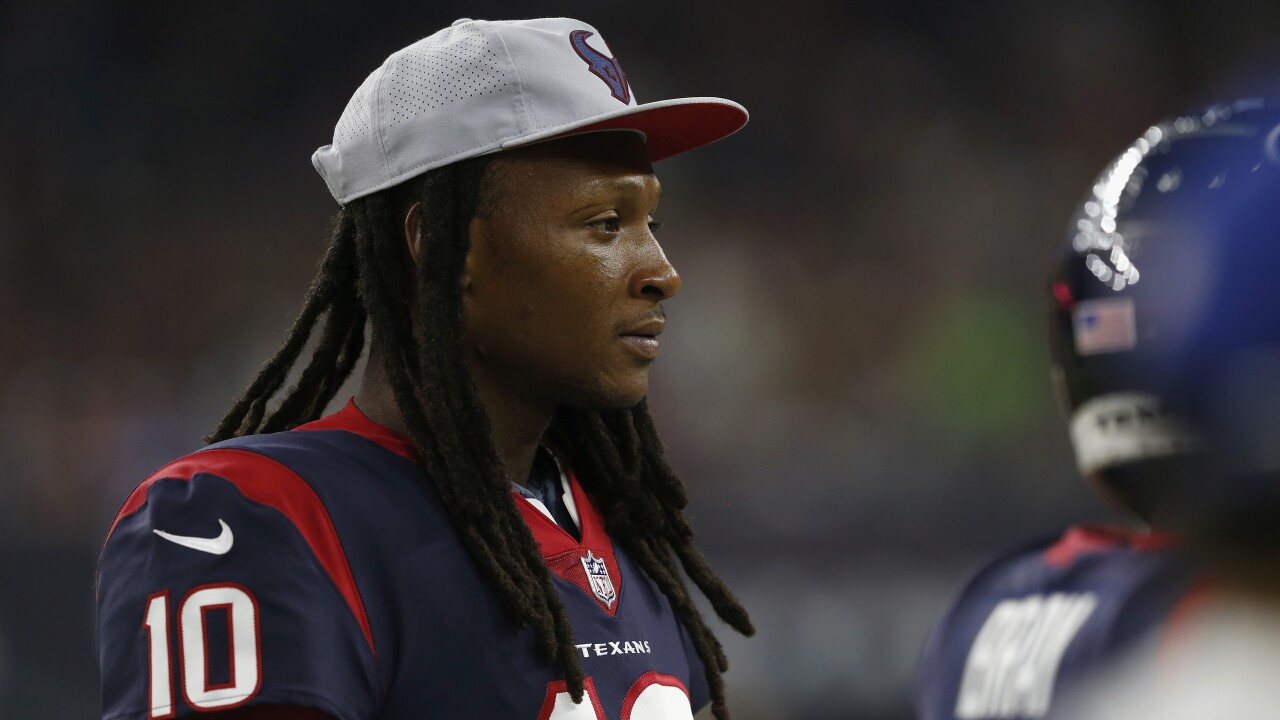 HOUSTON, TX – AUGUST 30: DeAndre Hopkins #10 of the Houston Texans watches from the sideline the preseason game against the Dallas Cowboys at NRG Stadium on August 30, 2018 in Houston, Texas. (Photo by Tim Warner/Getty Images)

HOUSTON — DeAndre Hopkins, a star wide receiver with the Houston Texans, pledged Thursday to donate his playoff paycheck this week to the family of the late Jazmine Barnes, the 7-year-old who was killed in a drive-by shooting in Texas.

“When I see Jazmine Barnes’ face, I see my own daughter,” Hopkins said in a tweet. He added he would pledge his game check to help the family with funeral costs.

According to the NFL, Hopkins is set to make $29,000 for Saturday’s AFC Wild Card game against the Indianapolis Colts in Houston.

King and attorney S. Lee Merritt are offering a $100,000 reward for information that gives police a break in the case. The gunman has been described as a bearded white man, possibly in his 40s, driving a red or maroon pickup. The victims in the shooting are black.

More than 2,000 donors have contributed to a GoFundMe account for Jazmine’s funeral expenses and family, as the girl’s mother recovers from a gunshot wound and some of her three sisters recover from injuries caused by glass that shattered in the attack.

“On Saturday, I will be playing in your honor, Jazmine,” Hopkins said.

After posting the tweet, Hopkins spoke Thursday at his locker about deciding to donate the check to Barnes’ family.

“I hate to hear what happened,” he said. “The City of Houston is always supportive of me, of this team. So, I felt in my heart, it’s only right that I give back to those who are down.”

He added: “I wasn’t blessed with a lot of things so my mom and myself, we always say once we get to where we want to get to, we always want to give back. That’s the mission we try to live by.”

Now in his sixth season, Hopkins, 26, was the 27th overall pick in the 2013 NFL draft. This season, he had a career best 1,572 receiving yards, the second highest total in the NFL. He also scored 11 touchdowns.

Hopkins was asked Wednesday about his philosophy on what he does or says off the field. His answer: “I can’t be a distraction to this team. My name is all I have, so I don’t want that to be messed up from a game of football.”