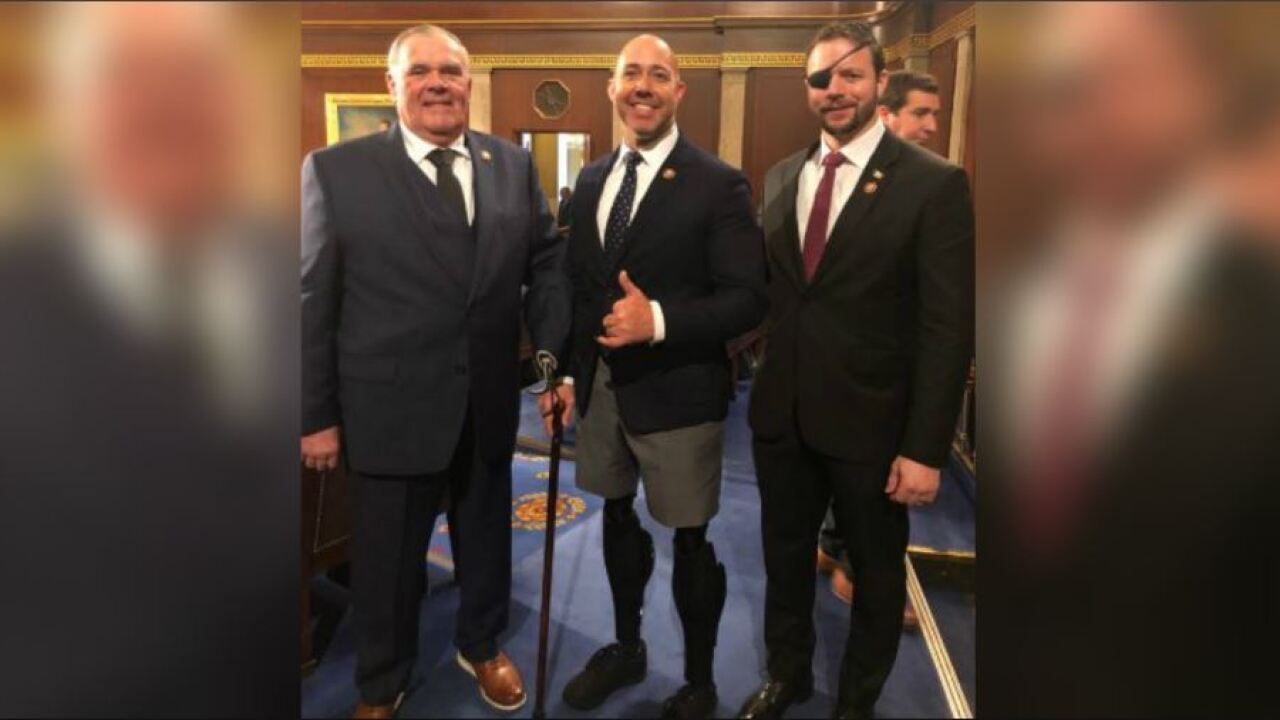 WASHINGTON — Returning Republican Rep. Brian Mast of Florida welcomed two other combat veterans to the US House of Representatives Thursday with a tweet that helped illustrate the sacrifice the three lawmakers had made.

Mast’s tweet showed an image of Mast with two freshmen Republican lawmakers, Reps. Jim Baird of Indiana and Dan Crenshaw of Texas, on the first day of the 116th Congress.

What the tweet didn’t mention is that there are three Purple Hearts and four Bronze Stars earned between them, according to their campaign websites.