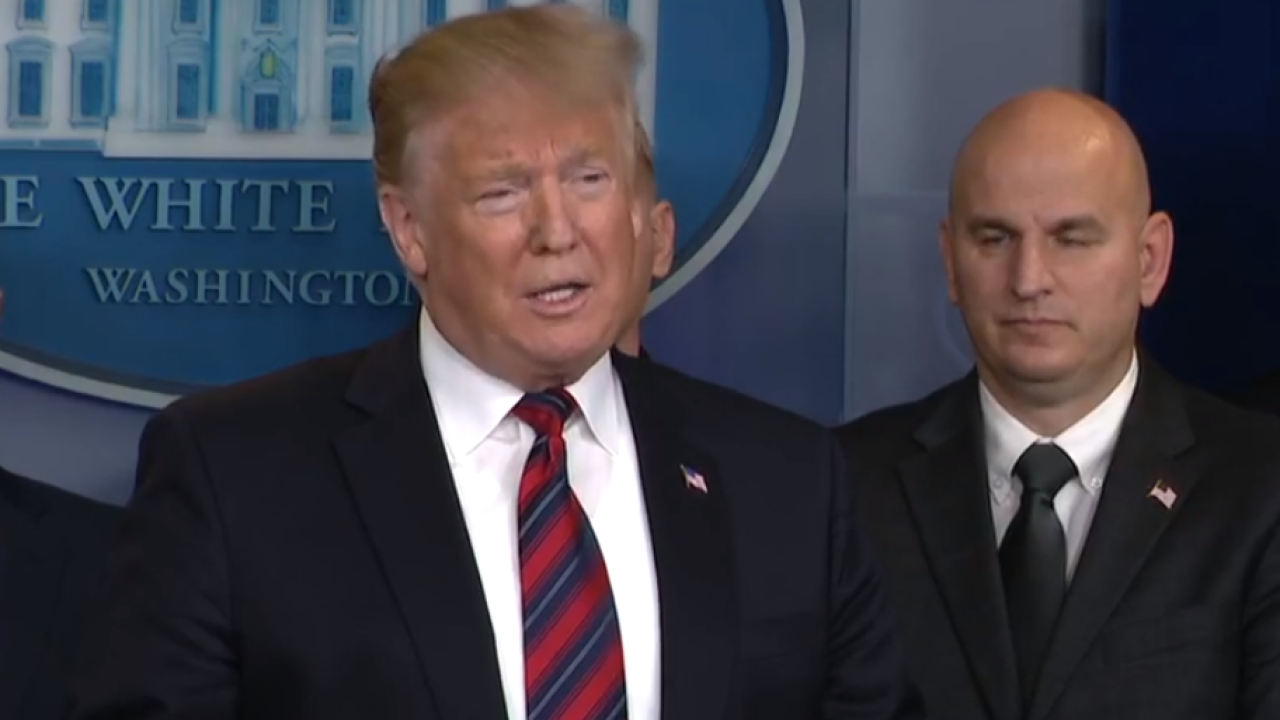 He has made one brief appearance in the room before: The President popped his head in the doorway the day of the North Korea announcement, but this first time in the room at the podium.

“It’s a very, very great achievement, and hopefully we’re going to work together and we’re going to get lots of things done,” Trump said, citing infrastructure “and so much more” as topics he believes the two sides may work on.

“I think it will be a little bit different than a lot of people are thinking, so I congratulate Nancy. Tremendous, tremendous achievement,” he said.

President Trump ended his short briefing room appearance without taking questions from the reporters who had assembled there.

Journalists could be heard shouting questions at him as he walked out of the room, trailed by White House press secretary Sarah Sanders and National Border Patrol Council members.

There will be a briefing in the WH briefing room at 4:10pm today.