January Outlook: When colder air is expected to return this month 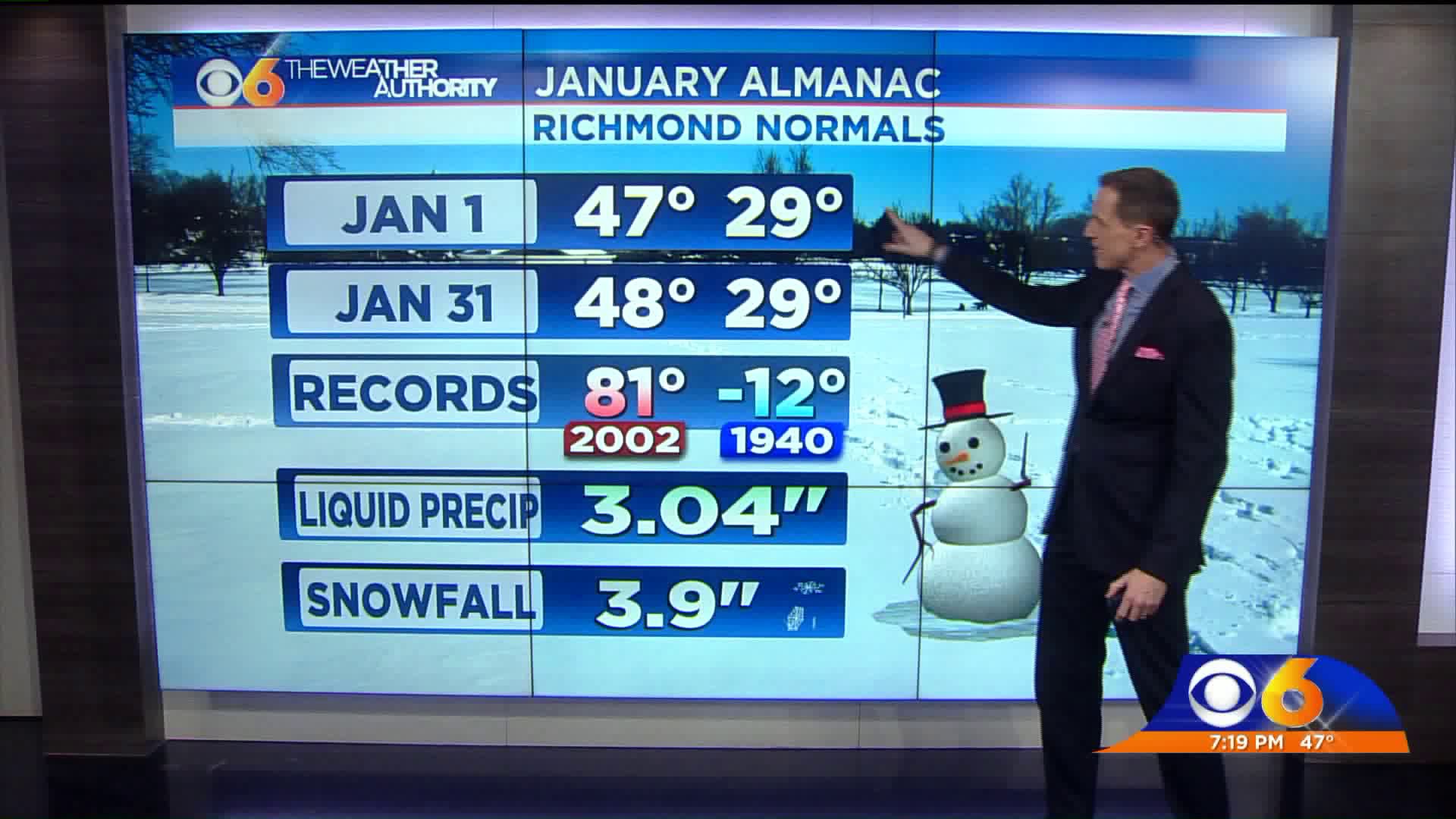 Here is what a typical January produces, and the outlook for the month ahead 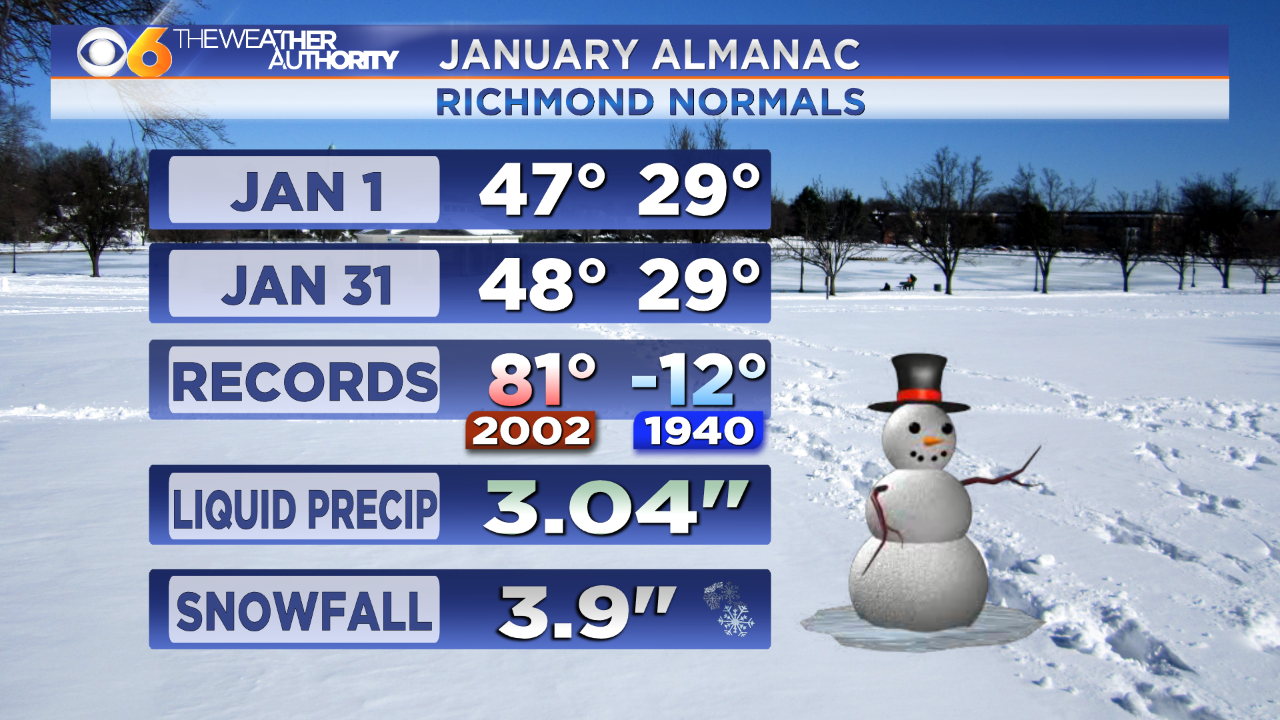 RICHMOND, Va. -- It's been pretty mild for the past few weeks and it looks like the mild trend will continue a bit longer.

Temperatures are expected to remain near to above normal into the middle of the month.  Our normal high for January stays in the upper 40s and the normal low is in the upper 20s.  The normal low actually drops to 28° from January 4 to January 26, then rises back to 29°.

In a normal January, we receive about three inches of liquid precipitation (rain and melted snow and ice) and around four inches of snow.  Normal snowfall is based on a historic average, which includes many snow-free years as well as years with huge snowfalls.

Colder air is expected to return by the end of the month and last into early February.  That may be enough to balance out the monthly average to around normal.  Over the past few weeks, it had looked like the cold air would be here by mid-month.

Here is the January temperature outlook from the National Weather Service.  With that later arrival of the cold air towards the end of the month, we may actually end up a little above normal.

Precipitation may end up near or a little above normal.  With temperatures staying mild, our pattern of occasional storms will produce rain for the most part.  As of now, there are no big snow storms on the horizon.

Daylight increases by 40 minutes by the end of the month, with 10 hours and 18 minutes of daylight.