Neighbors in disbelief after man in wheelchair hit by vehicle: ‘It could’ve been anybody’ 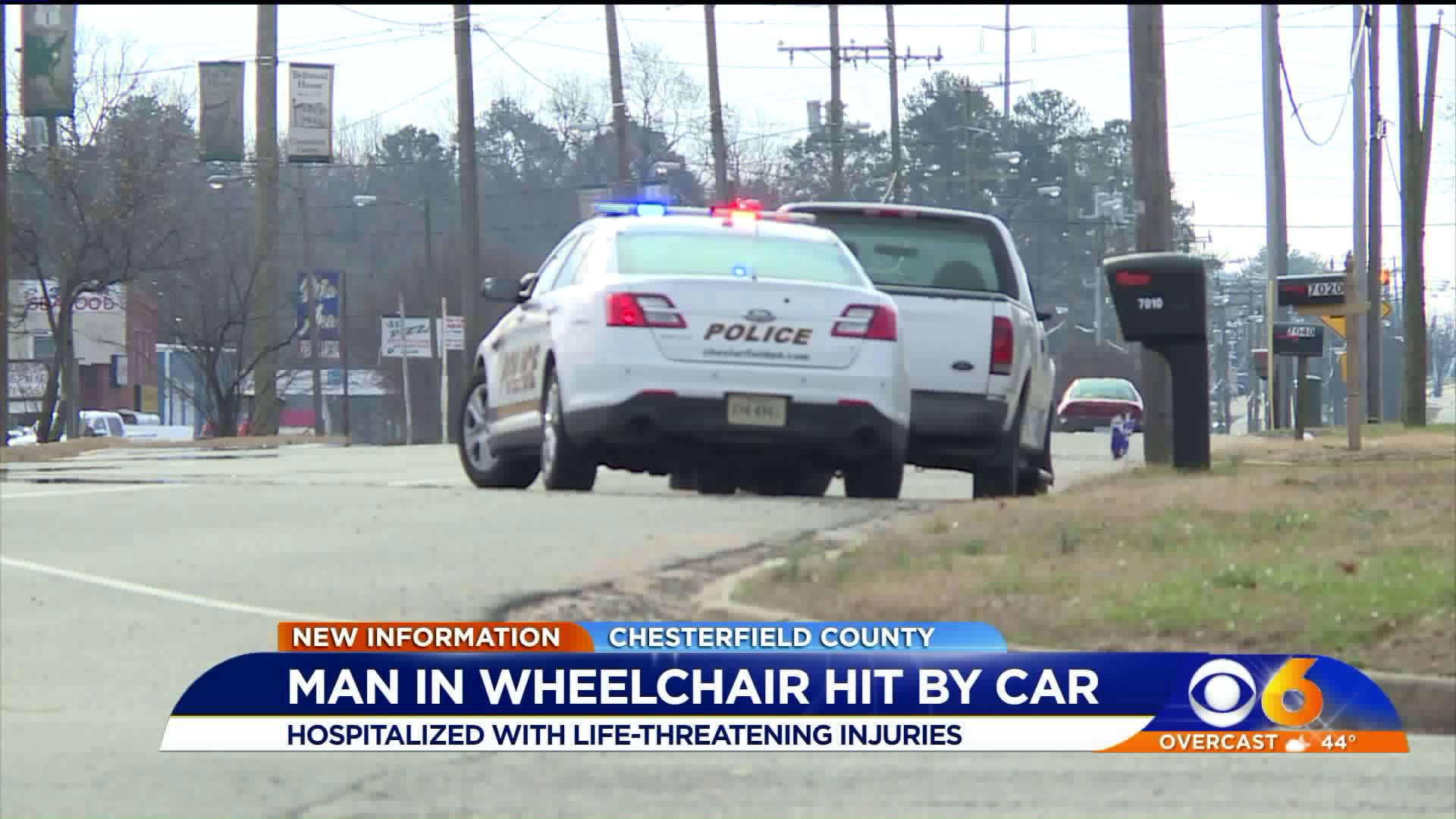 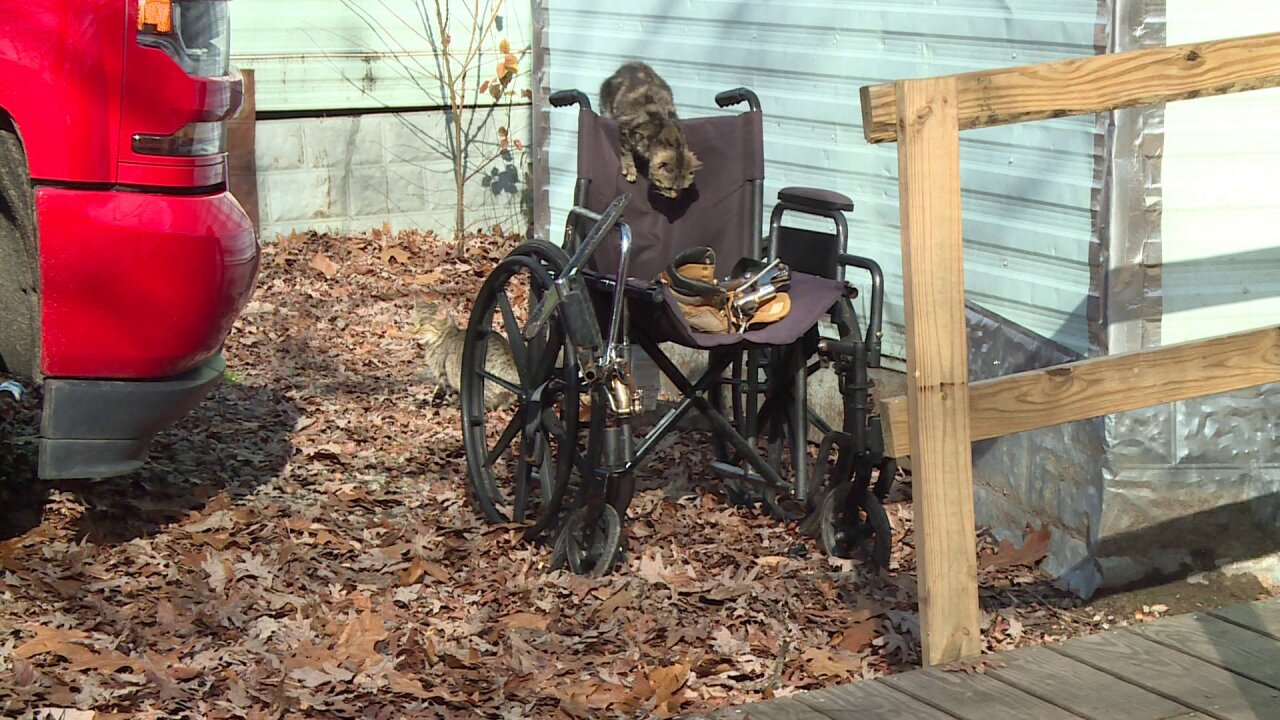 CHESTERFIELD COUNTY, Va. -- A 50-year-old man has life-threatening injuries after he was hit by a car along Jefferson Davis Highway Saturday night, according to Chesterfield Police.

Police said he was in a wheelchair around 10 p.m. when he was hit.

Although police have not yet released the identity of the man, many people at the Shady Hill trailer park said they know the man hit, and said he lived there.

He said he saw the man before he was hit Saturday night, then found his empty wheelchair in front of his home Sunday morning.

"It's just eerie. It's an eerie feeling seeing his wheelchair sitting outside of his trailer," Pettway said.

William Tillis lives and works at the Shady Hill trailer park and said he saw the man's wheelchair in the street Saturday night after the crash.

"I thought it was an automobile accident until I saw the wheelchair then I knew it was him," said Tillis, adding that he was friends with the man hit. "Hoping he comes home. I don't forget people. I hope he comes home, and when he does I’m going to drink a beer with him."

Tillis was one of at least two people to stop by the man's home Sunday morning and bring flowers.

Other neighbors said they were in disbelief.

"I couldn't believe it. I still don't believe it," said Penny Herring, who lives two doors down from the man hit. "I'm just hoping he's alright."

"I hate to be doing something like this," Tillis said as he put flowers outside the man's door. "Hope and pray that he comes home."

Pettway blames a busy, dangerous street, with no crosswalks for the crash.

Chesterfield Police are continuing to investigate this crash. They said the man hit was taken to MCV with life threatening injuries.

The driver stayed with that man until police arrived.