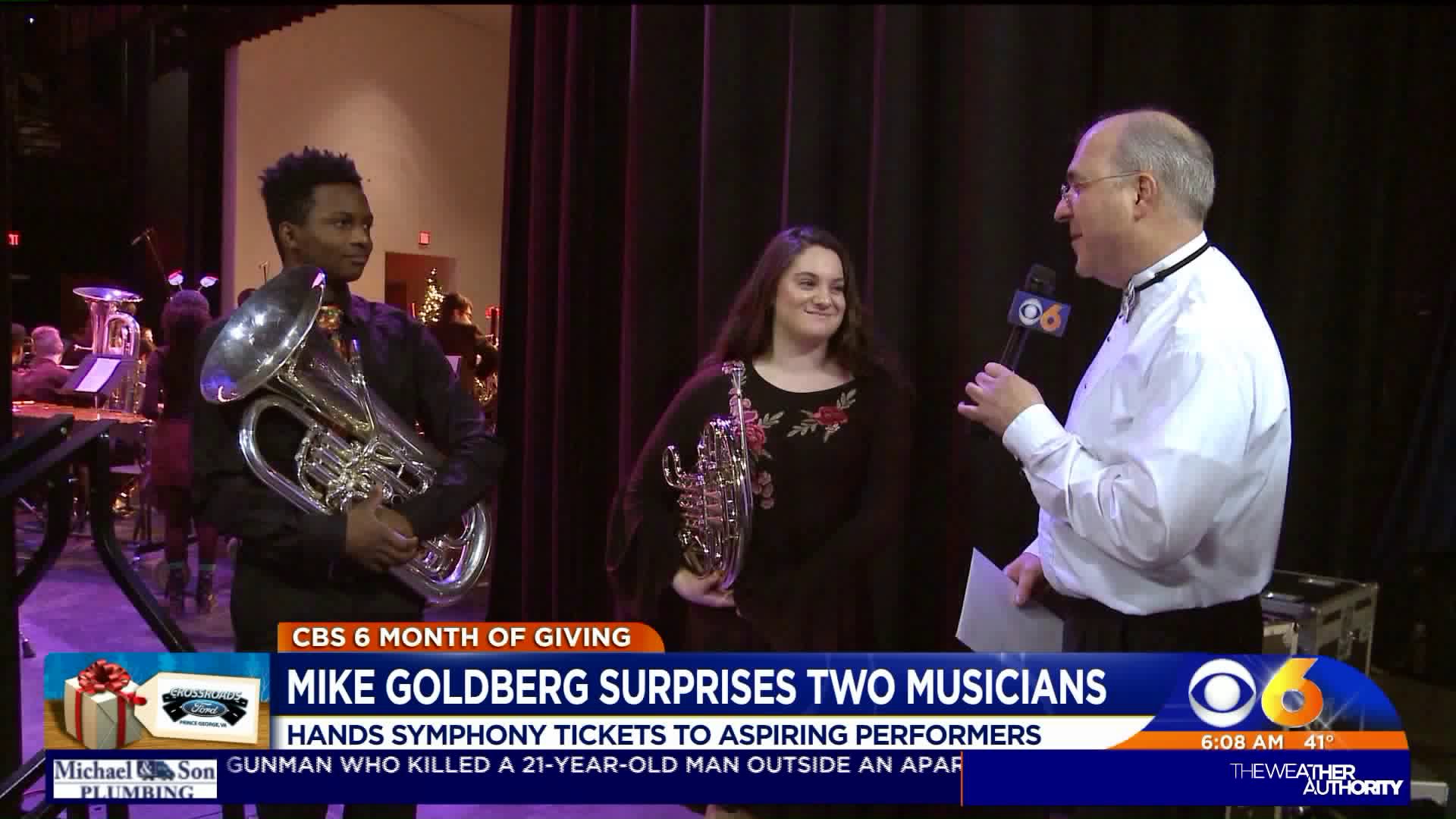 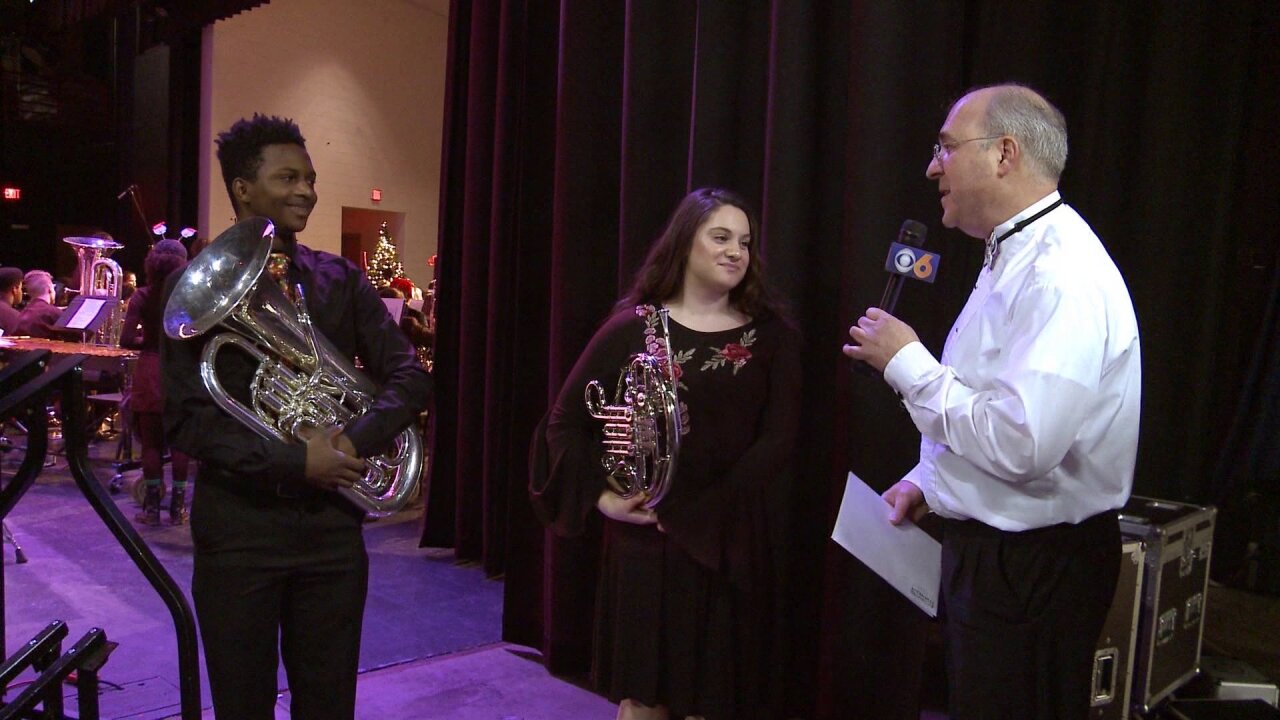 HENRICO COUNTY, Va. -- As part of the CBS 6 Month of Giving, Meteorologist Mike Goldberg chose to honor two students for their dedication to the Central Virginia Wind Symphony.

Goldberg, who is the musical director of the Central Virginia Wind Symphony, co-founded the group back in 2005. The group is comprised of some of the most talented high school musicians in Virginia.

For his Month of Giving, Goldberg surprised Amari Lewis and Emma Hancock, two members who have been with the group for their entire high school career.

“We have been broadcasting the Central Virginia Wind Symphony holiday concert on CBS 6 for four years now,” said Goldberg. “Both Amari (who plays euphonium) and Emma (who plays horn) have been with us since they were freshmen. They are the only ones that played in that first year of the broadcast and now in their senior year, so I wanted to honor them.”

Goldberg gave the students a package of tickets for the second half of the Richmond Symphony season.  They each got two tickets to each of the remaining performances this season.

All month long, the CBS 6 news team will be in the community, helping people through random acts of kindness.