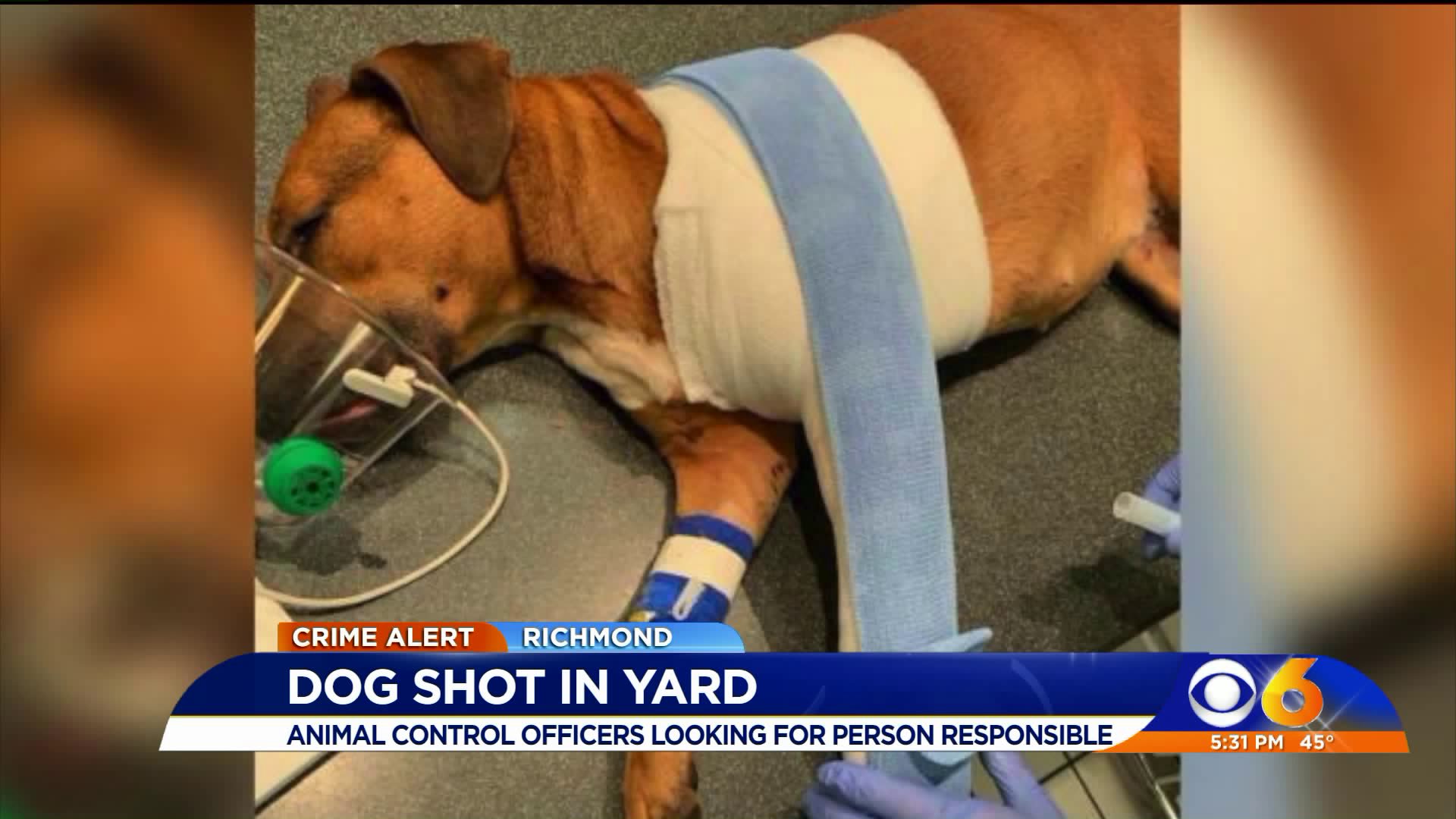 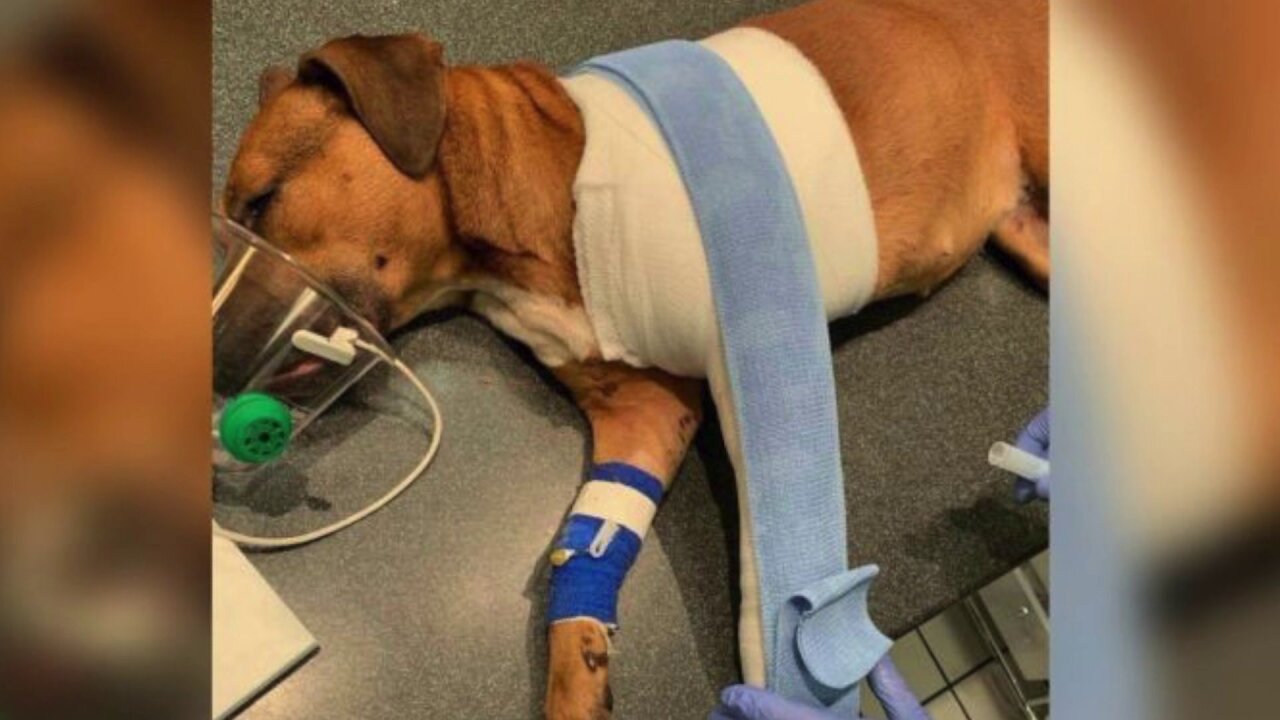 RICHMOND, Va - When the owner of Angel, a one-year old pit-lab mix, heard a gunshot and his dog cry out in pain on Christmas Eve, he could not move.  Angel has been at the emergency vet since Monday, when Richmond Animal Care and Control officers found her suffering from a gunshot wound.

"All the sudden there it is: 'pow' and the dog hollering," Angel's owner said.  He requested to not be identified since the person or people who shot his dog have not been caught.

" I couldn't even move really. I couldn't even get out the chair to come out and see. I didn't want to see her like that, and glad she made it through without dying," he said.

The shooting occurred on the 3200 block of 4th Avenue, near the corner of Burns Street.  Her owner said Angel and her mother were in their fenced in backyard when they heard the shot.  The family said they are not sure about the chain of events that led to someone shooting the dog.

"They let us know if anybody is anywhere around. My brother or anybody can come up in the yard and they are going to bark. . . [the shooter] could have picked up a stick or whatever and threw it at her if she got out but," Angel's owner said.

RAAC officers are calling the incident a crime.  Wednesday morning, a RAAC officer was back on 4th Avenue searching for evidence.

Angel will soon have surgery to amputate one of her legs injured in the shooting, officials and her owner said.

"Yeah, she's three legged, but I'll still love her the same as a four legged dog. It's my dog, and I still lover her and all," her owner said.

Richmond Animal Care and Control asked anyone with information to call 804-646-5573 or email Barbara Jones.

Donations to RACC, on behalf of Angel, can be made here.