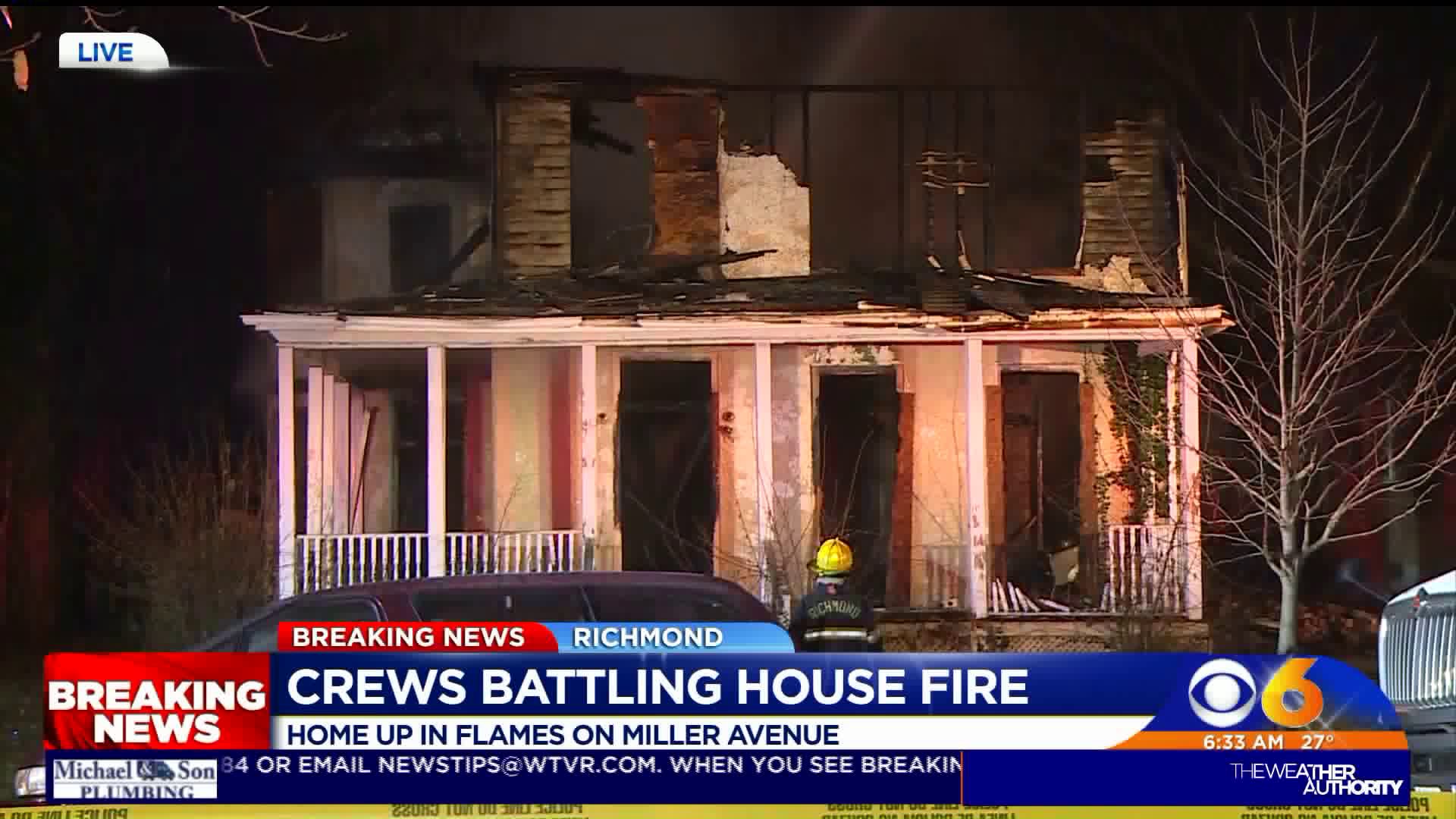 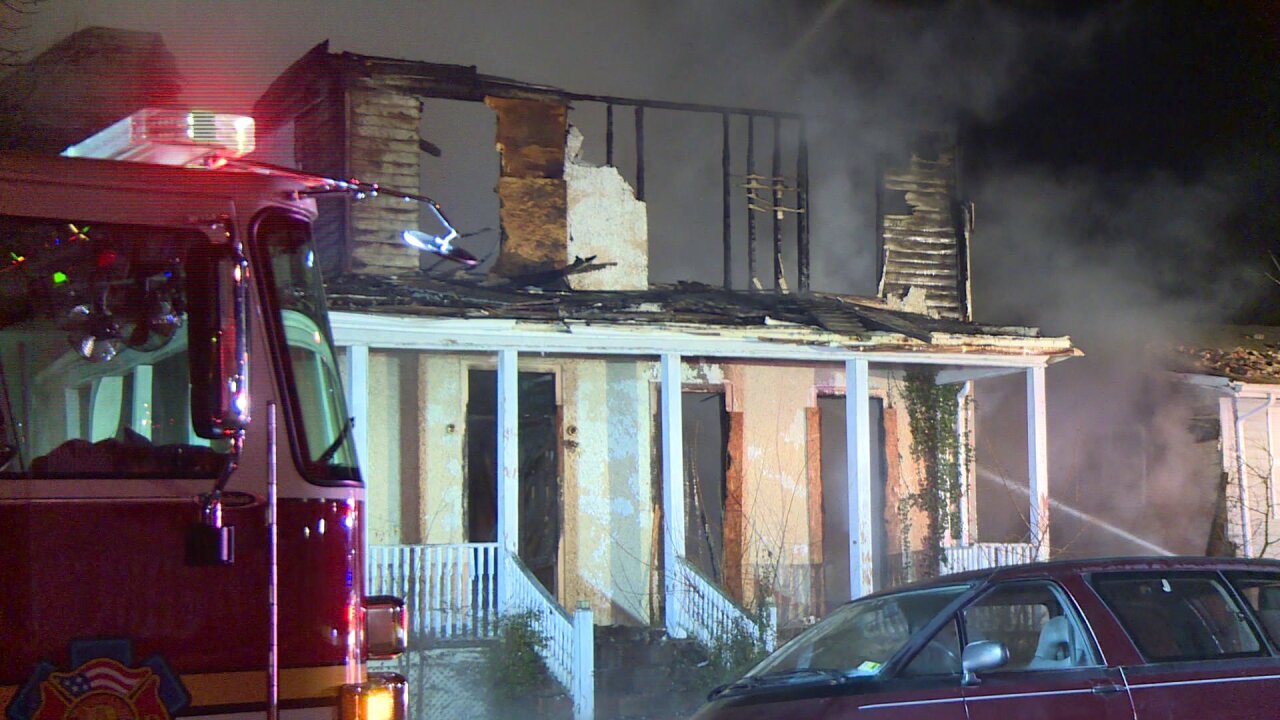 RICHMOND, Va. -- Three people were forced out of their Richmond home when a fire destroyed their neighbor's house early Wednesday morning. Richmond firefighters were called to a house fire along the 2100 block of Miller Avenue, in Barton Heights, at about 4:10 a.m. The burning home was boarded up and vacant.

The house next to the burning home suffered damage due to the intense heat. Two adults and a child had to leave the damaged home for their safety.

Around 40 firefighters responded to the two-alarm Richmond house fire.

Investigators said they have not yet classified the fire as suspicious, but said it was odd since the home had no power running through it at the time of the fire.