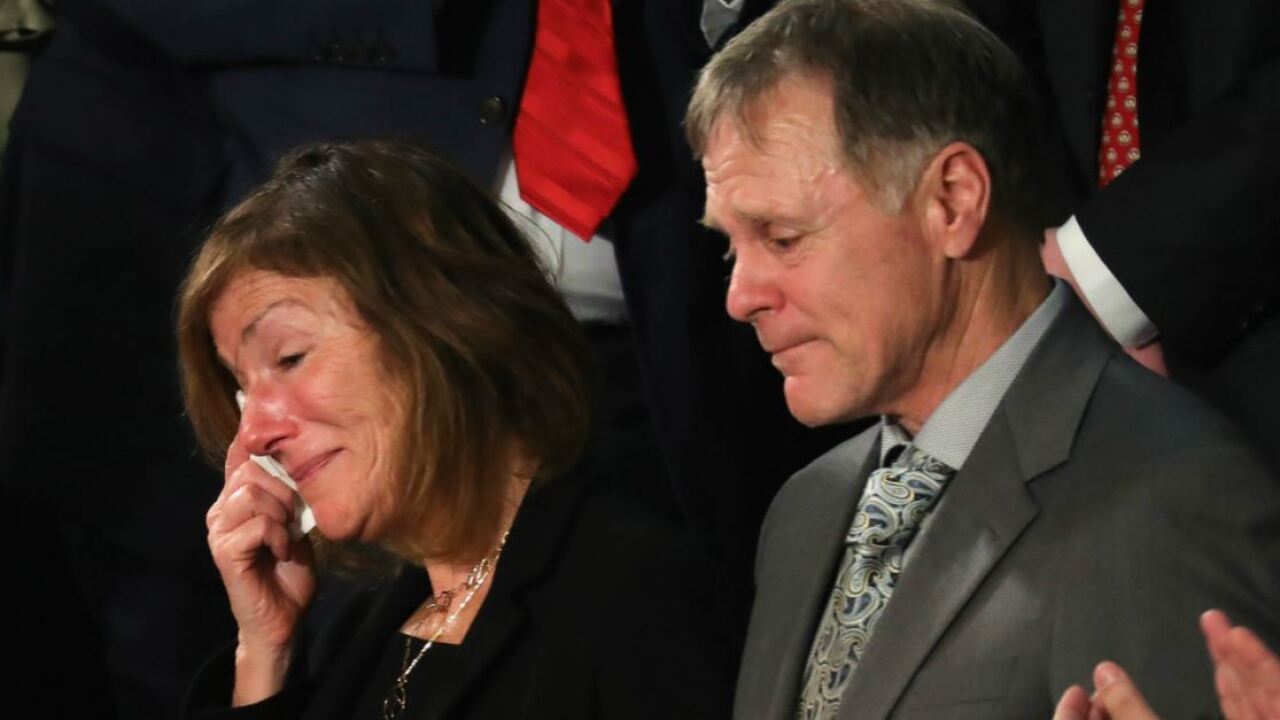 WASHINGTON — A U.S. District Court Judge has ordered North Korea to pay $501 million to Otto Warmbier’s family. They filed a lawsuit against Kim Jong Un’s regime because they wanted “closure” and “justice” for their son.

Otto, a 22-year-old University of Virginia student, died just days after he was released from North Korean custody following a 17-month detainment.

“I’m going to stand up to evil when I see it. There’s nothing more evil than North Korea,” Cindy Warmbier, Otto’s mother, told the US District Court for the District of Columbia in the first hearing on a wrongful death lawsuit she and her husband, Fred, brought against the North Korean government in April.

The Warmbiers sought compensation for damages and “to obtain justice for the severe injuries” they say the regime has caused them to endure.

“We are not going to be the victims. I want them to feel victimized,” Cindy Warmbier said.

Seated in the courtroom last week were extended family members, family friends and a few of Otto’s college and high school friends, who had traveled from Ohio and elsewhere in the country to attend the hearing.

Otto’s parents and his two siblings, Greta and Austin, each took their turn before the court, telling of Otto’s character as a kind, studious, adventurous, friendly person.

“I want to be here because we need closure,” said Otto’s younger sister, Greta.

The family testified that the Otto they had known returned to them in an unrecognizable state after 17 months in detention in North Korea.

“The tragedy for me was I had no connection to Otto at this point,” Fred Warmbier recalled of the day he was reunited with his son.

Otto Warmbier was detained in January 2016 while attempting to return to the US from a tour of North Korea. He was returned to his family “with severe brain damage and in a nonresponsive state” on June 13, 2017, and died six days later.

His parents became emotional at times at Wednesday’s hearing as they spoke about him. Fred Warmbier said he had made a commitment to Otto in his son’s final moments, a promise to seek justice.

“We’re here because we don’t fear North Korea anymore. They’re cowards. They’ve done the worst they could do. This is the work of a coward,” he said.

Fred Warmbier said his family had been “held hostage” by the North Koreans in that they couldn’t say anything to anyone about Otto’s detention out of fear that the regime wouldn’t release him.

Hawk said North Korea is responsible for the “extrajudicial killing” of Otto Warmbier, and Lee testified that the student was surely tortured in detention.

A North Korean Foreign Ministry spokesman denied that Warmbier had been tortured while in North Korean custody, according to a 2017 report by the country’s state-run news agency KCNA.

The North Korean government did not send a representative to Wednesday’s hearing.

“North Korea could care less about what the Warmbier family thinks,” Fred Warmbier said at one point in the hearing.

Otto’s loss is a “void you can’t imagine,” he said, adding that he plans to be buried next to his son.