Just how common is a white Christmas in Richmond? 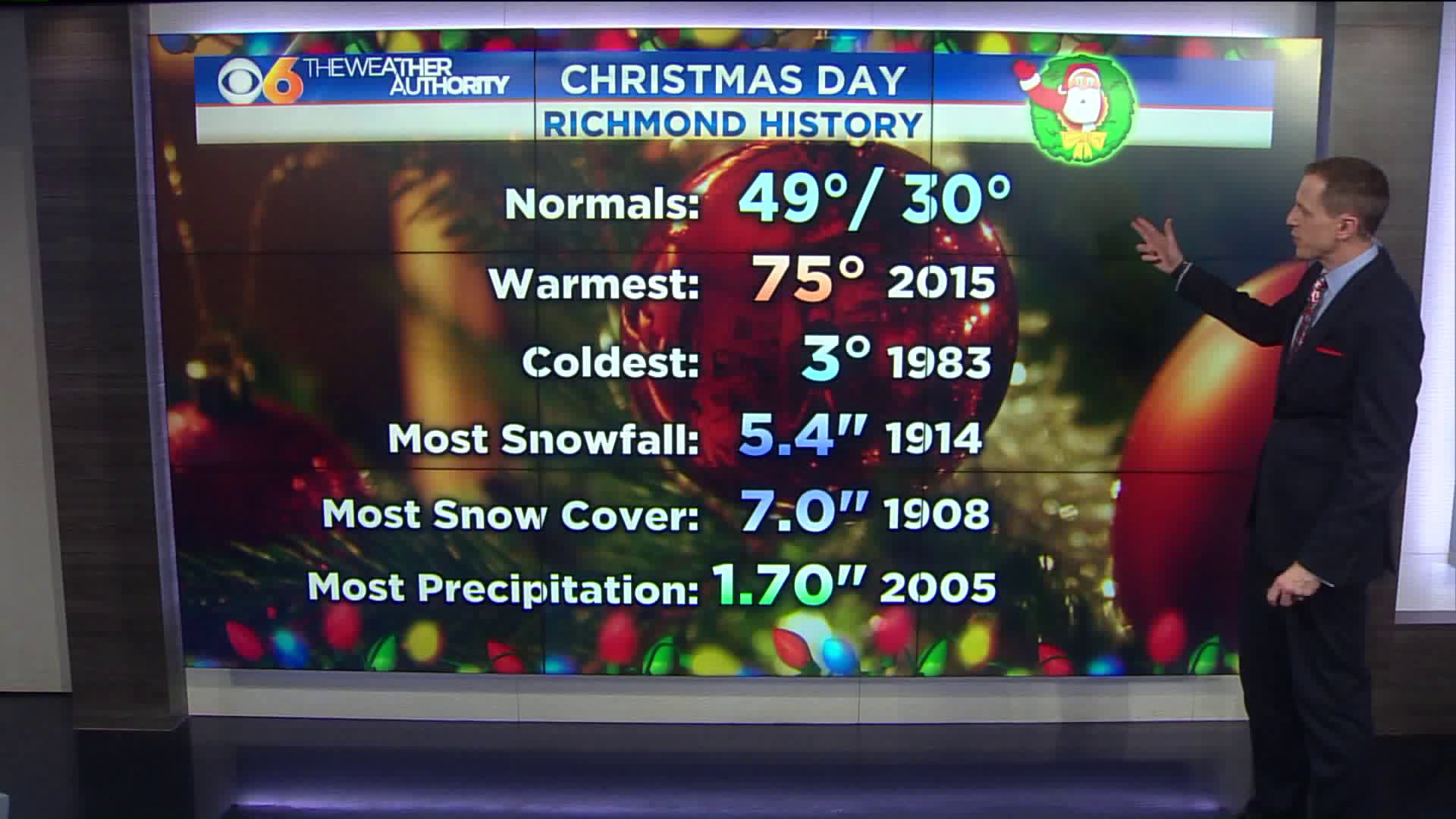 Other than a few showers Sunday evening, the weather will be pretty calm through mid-week 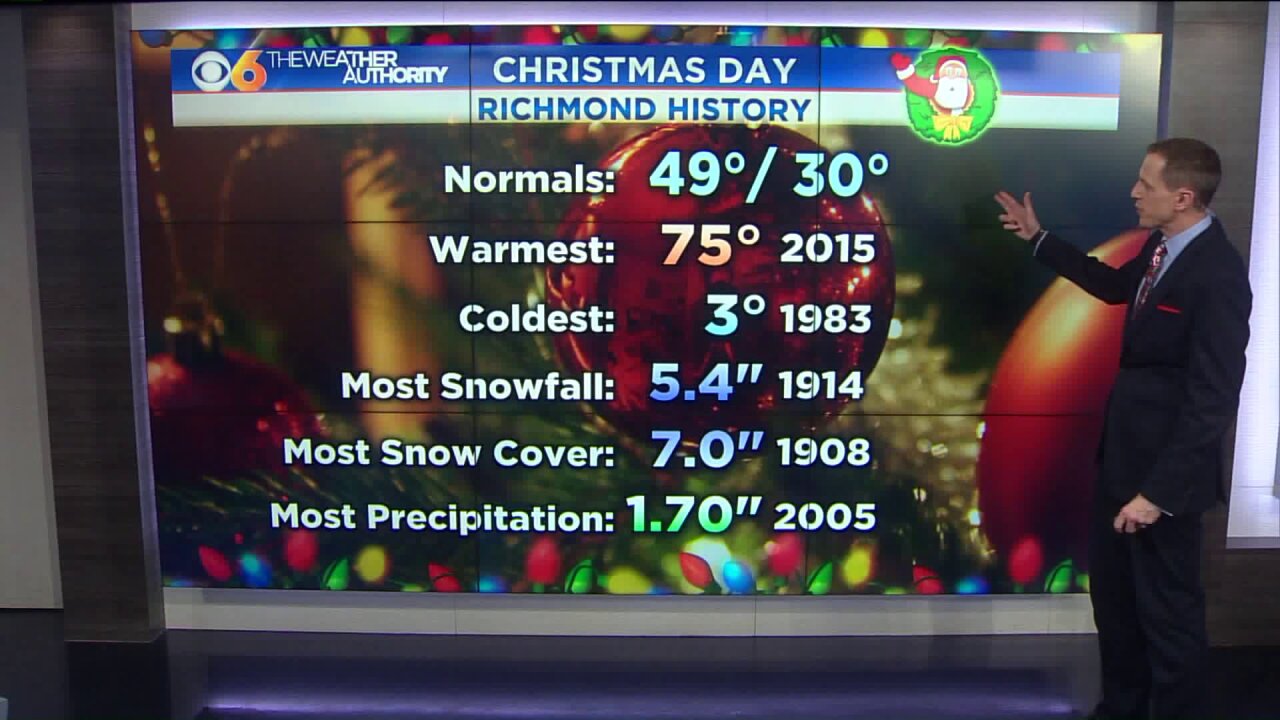 RICHMOND, Va. -- While we had almost a foot of snow a few weeks ago, snow will remain elusive for Christmas Eve and Christmas Day.

We actually set a record high temperature on Christmas 2015 of 75°.  The high is normally in the upper 40s on December 25.

Historically, Richmond only has about an 8% chance of a white Christmas, which is defined as an inch or more of snow on the ground.

Chances are higher across northern and western Virginia.

The mountains of West Virginia have the highest chance per year in the region.  Chances are extremely high closer to the Canadian border and in the Rockies.