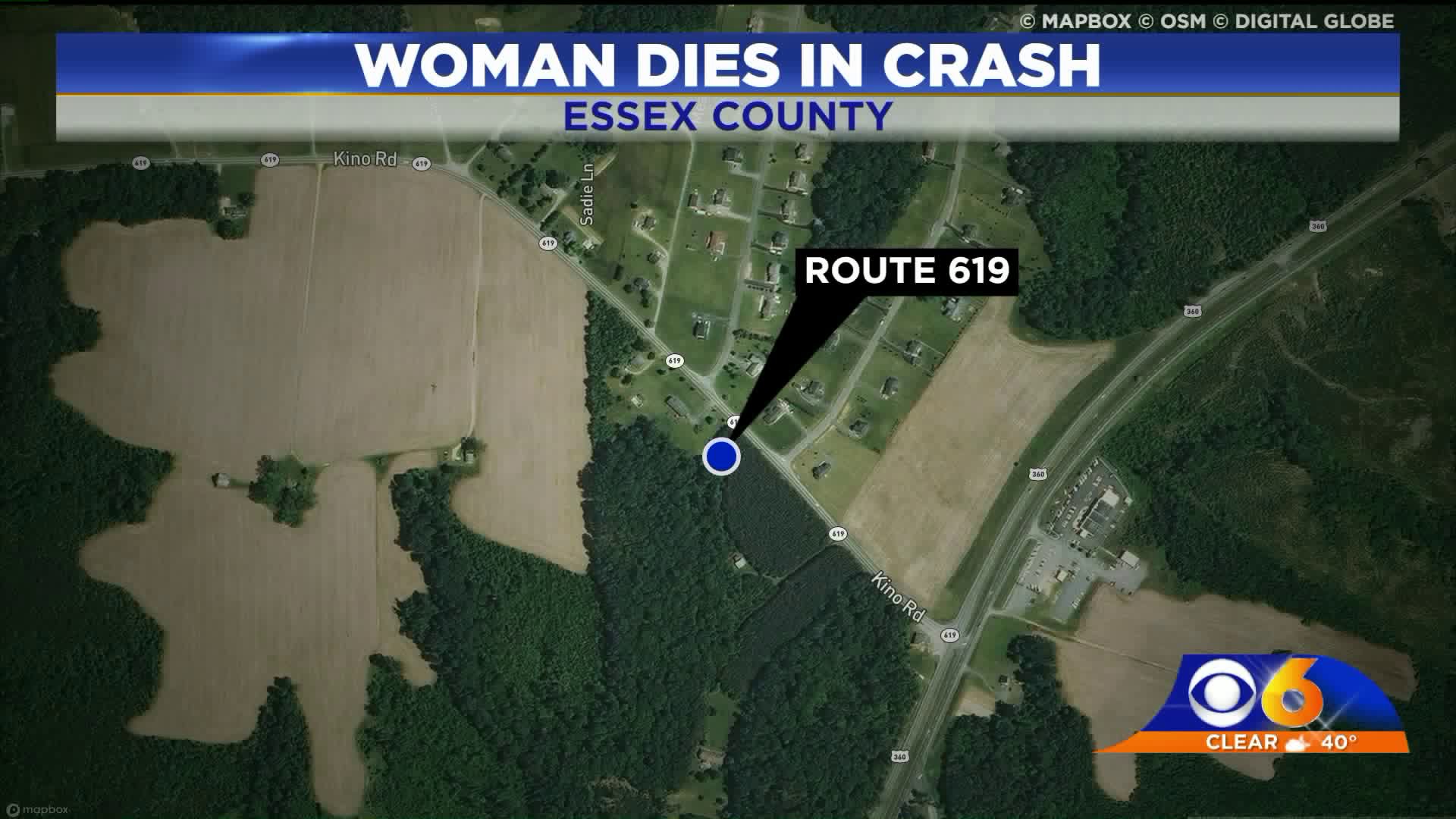 ESSEX COUNTY, Va. -- Officials said a 28-year-old woman was killed and a 4-year-old child was taken to the hospital after a rollover crash in Essex County Friday morning.

Sgt. Keeli L. Hill with Virginia State Police said troopers were called to the single-vehicle crash on eastbound Route 619, not far from Route 620, just after 9:25 a.m.

Hill said Mara B. Newcomb, of King William, was driving a Dodge Durango along Route 619 when the crash happened. Troopers said Newcomb ran off the road and overcorrected before running off the road again, hitting an embankment and flipping the SUV.

"Newcomb was not wearing her seat belt and was ejected from the vehicle," Hill said.

Additionally, Hill said a 4-year-old passenger in child safety seat was transported to an area hospital as a precaution.

Hill said the cause of the crash remains under investigation.