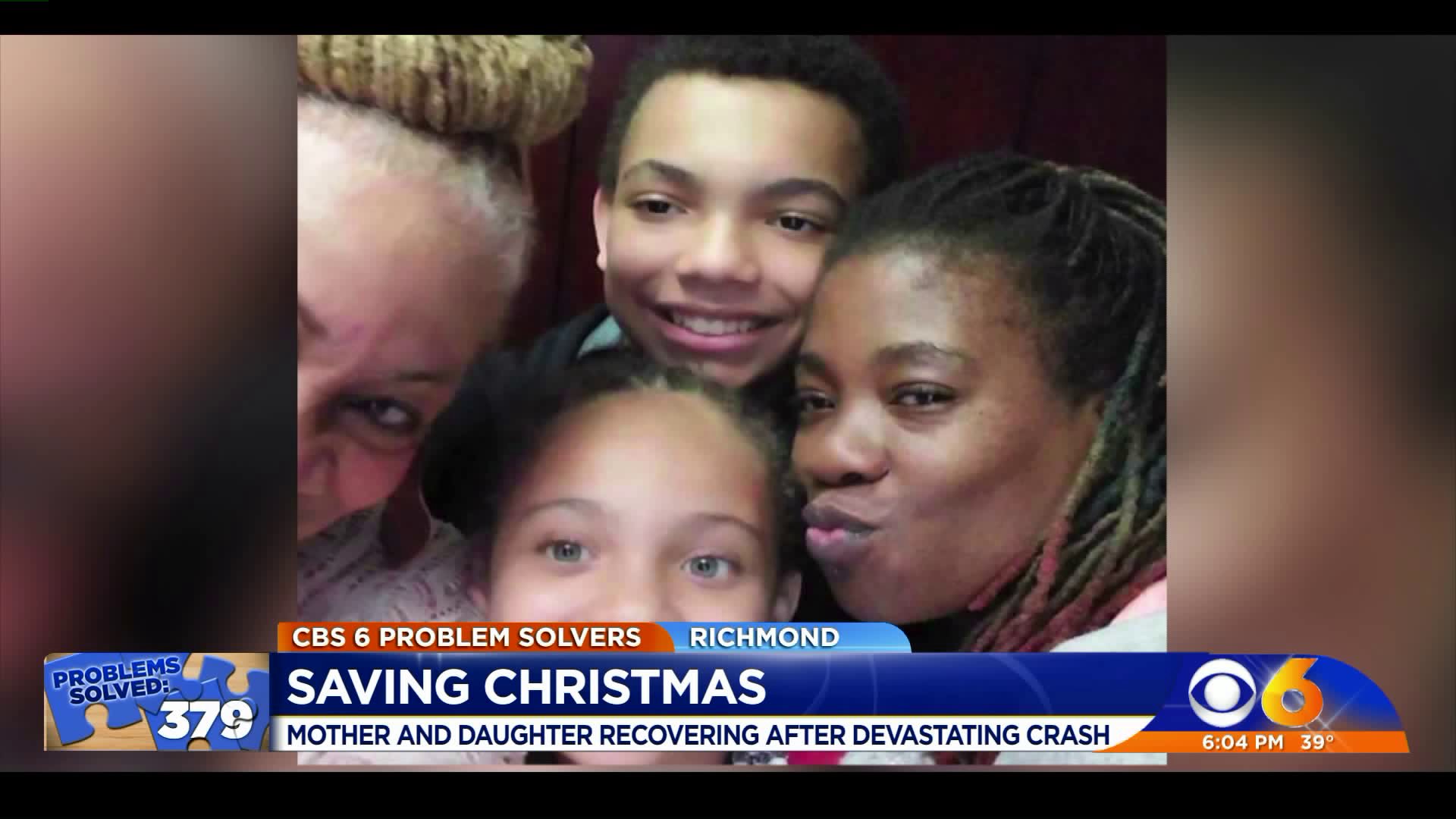 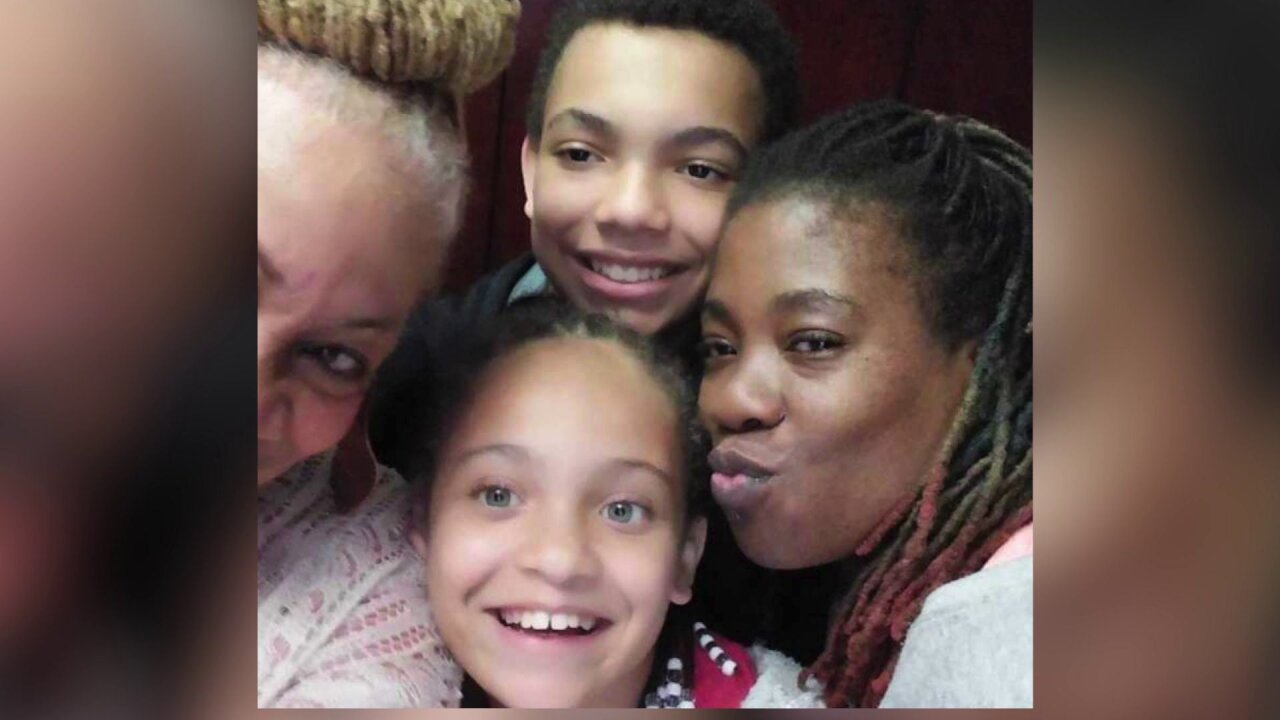 RICHMOND, Va. -- This holiday season Lynette and Zelma Waddey have been trying hard to be a rock for their family.

A few weeks before Thanksgiving they got a devastating call that their cousin Kimberly Wynn, driving her kids to school after they missed the bus, lost control and crashed head-on into a tree near South Hill, Virginia.

Zelma Waddey says Wynn's son who was riding in the passenger seat noticed the steering wheel shaking really bad and Wynn was unable to maintain control. That's when they veered off and hit a tree.

"Everybody was devastated. They were unconscious and there was pressure on the brain. So much was happening," Zelma said.

Wynn's son Niles was able to make it out of the SUV.

"By him bracing himself, he was able to get out of the car. He said my mom always told me to take care of my sister. So, he got his sister out of the car," Waddey added.

The family says a long recovery road is ahead. Kimberly and Kennedy were rushed to VCU Medical Center. Now both are housed in separate facilities, and could be there for months, family members reported.

According to family, both will have to re-learn simple tasks. While the 11-year-old isn't speaking right now, she is able to communicate by writing messages down.

This week, relatives witnessed that emotional milestone and a glimmer of hope. That's when Kennedy, a star student and budding artist, communicated that she was well aware of what time of year it is.

"She kept rubbing my hand and smiling and she wrote, 'Christmas is coming.' Then, she wrote her list. I was like, what!" Waddey said.

The family is determined to stand strong for Kimberly, Kennedy and Niles.

They're thankful to have all three loved ones. Now they are trying to do their best to brighten the holidays for them.

"Right now, we are holding onto our faith and God is a good God. A healing God. We are depending on Him for that strength. Family and friends have been so good to us," Waddey added.

CBS 6's Shelby Brown asked the family what was on the Christmas list that Kennedy wrote. They said anything related to art and electronics.

Waddey says Kennedy is a budding artist and many people complimented her on her art skills.

The family said Niles is into electronics too, but his biggest wish for Christmas is for his mom and sister to make a full recovery.

The 15-year-old has had to relocate from South Hill. He now lives with a relative and has since enrolled at Highland Springs High School.

Kennedy's friends and classmates continue to miss her. They sent cards to her hospital so that she would know that they were thinking of her.

Now, that family members have gotten the ok to decorate the two hospital rooms, they are prepared to put up a Christmas tree.

Zelma says they want to make this holiday extra special for Kimberly, Kennedy, and Niles. They are already planning to visit the two facilities on Christmas Day to see them both.

Despite an extended hospital stay, future rehab, and other medical costs, family members continue to lean on their faith.

Making things merry and bright for mom, daughter, and son is the mission right now. They hope to be able to provide gifts for Kennedy to open on Christmas Day.

Lynette Waddey says she's hopeful that both will improve. She says she will continue to praise God for their complete healing.