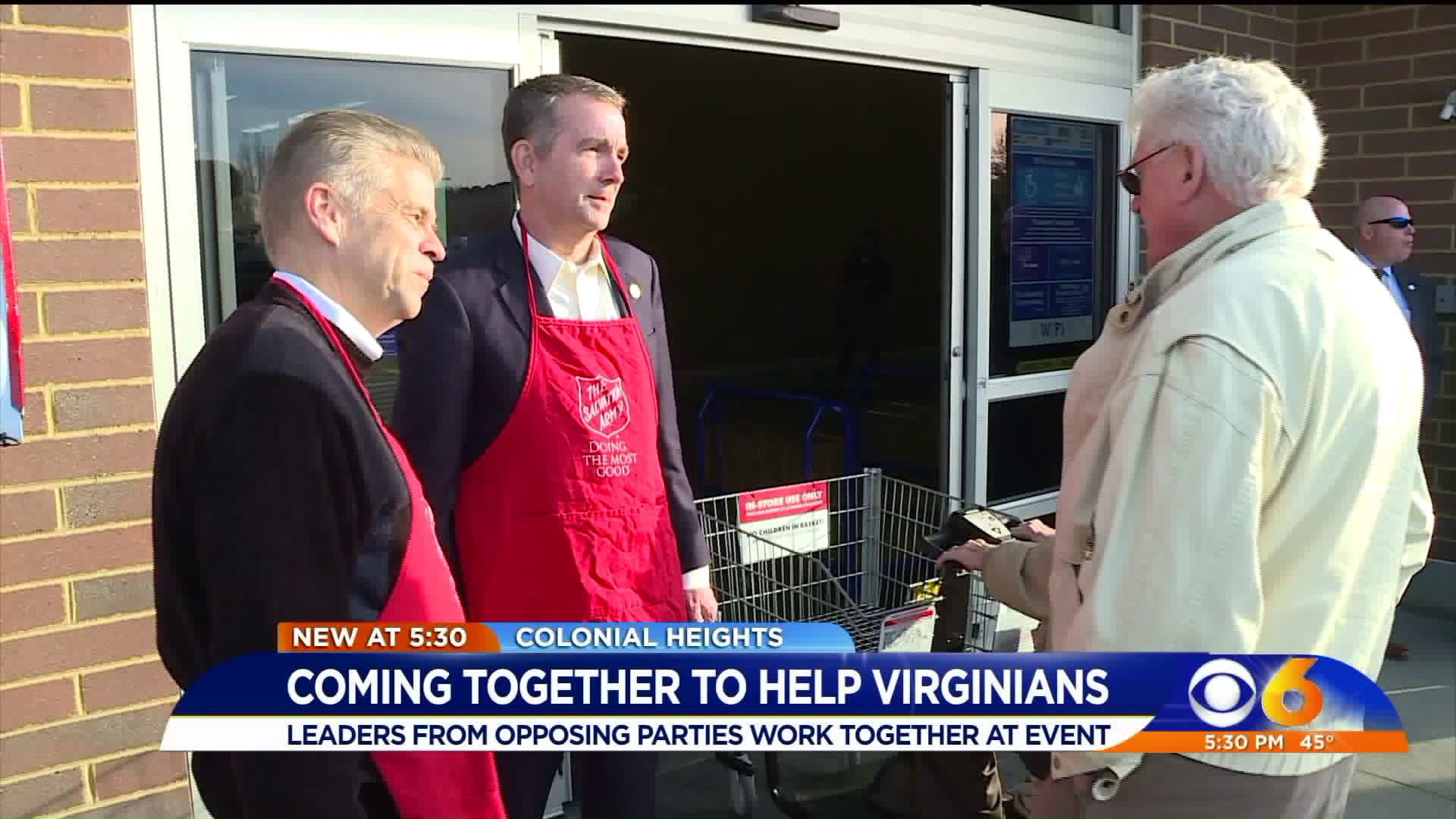 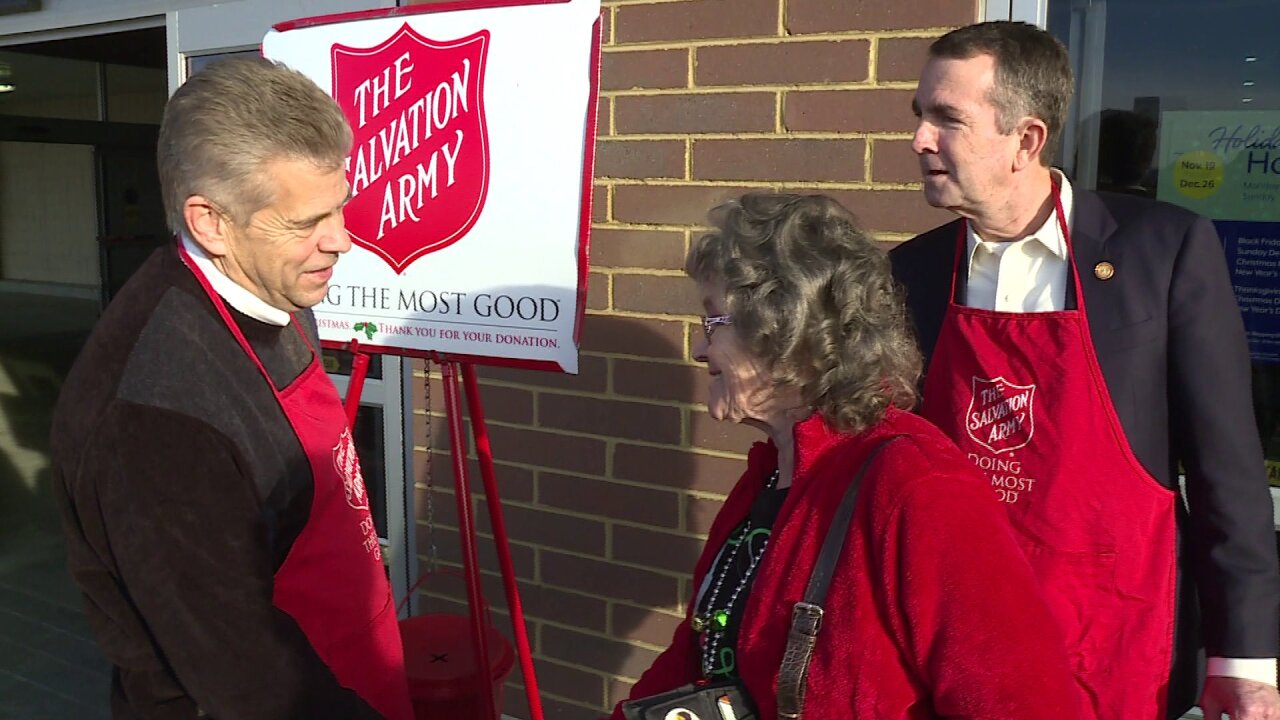 COLONIAL HEIGHTS, Va. -- In an American political climate where the word “tribal” is often mentioned, two powerful state leaders who are usually policy opponents at the state capitol, dawned red aprons and rang bells side by side in front of a Sam’s Club Wednesday evening.

“It’s great to be out here today, put the politics aside this holiday season,” Northam said. "Yeah, I think this is the first time we’ve had the bells out together.”

"It’s a really fun opportunity: have the two branches of government, the separation of powers, come together,” Cox said.

Northam and Cox both said they enjoy spending time with the other, but their policy positions generally come at odds.

The spending package totaled more than $2 billion, and the Northam administration said changes in state income tax policy, a collection of internet sales tax, and better than projected state revenues would fund the initiatives.

Speaker Cox and Republican leadership were icy towards the Governor’s pitch. Virginia Republicans said the proposed tax changes would amount to tax increases on middle-class Virginians.

However, there was zero tax policy talk in front of the Sam’s Club Wednesday.

One woman approached the red kettle and told the leaders what the Salvation Army had meant for her family growing up.

“Let me tell you what, y'all made my Christmas for a lot of years as a child,” the shopper said.

Both Cox and Northam said they teamed up to show that political opponents can agree that helping those in need around the holiday season is a cause both parties can get behind.

“I think people are really craving civility,” the Speaker said. "It’s not always going to happen when you try to be problem solvers, especially when they are issues you deal with every day. Especially this time of year, and the Salvation Army has done that for so many years.”

“We’re all in this together. As we say, it takes a village, and during the holiday season, we want everyone to be taken care of. So, for us to come out here and help other people, that’s what it’s all about,” Northam said.

The red kettle campaign continues through Christmas Eve. Volunteers who want to serve as bell ringers are still being accepted. You can sign up here.