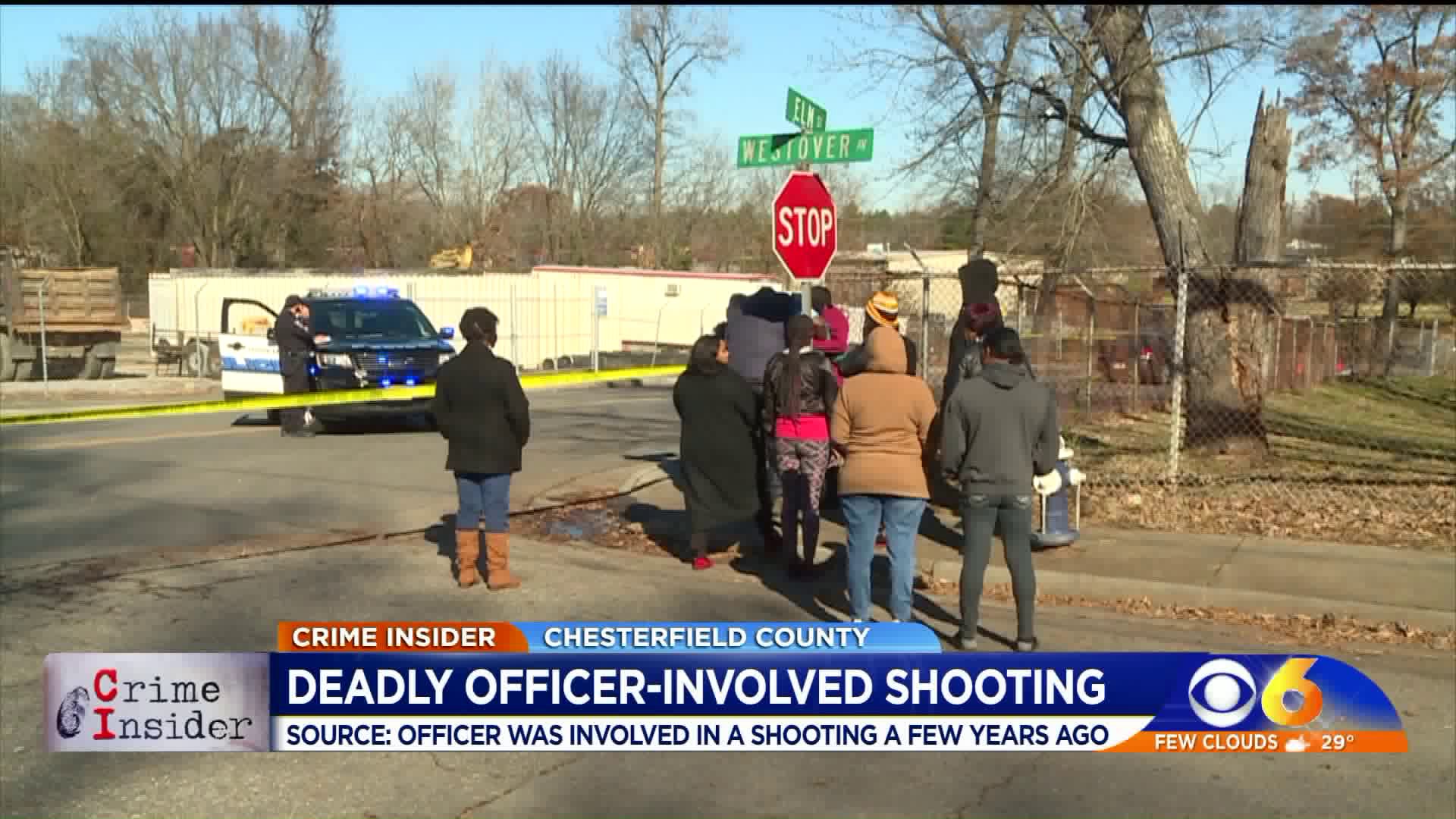 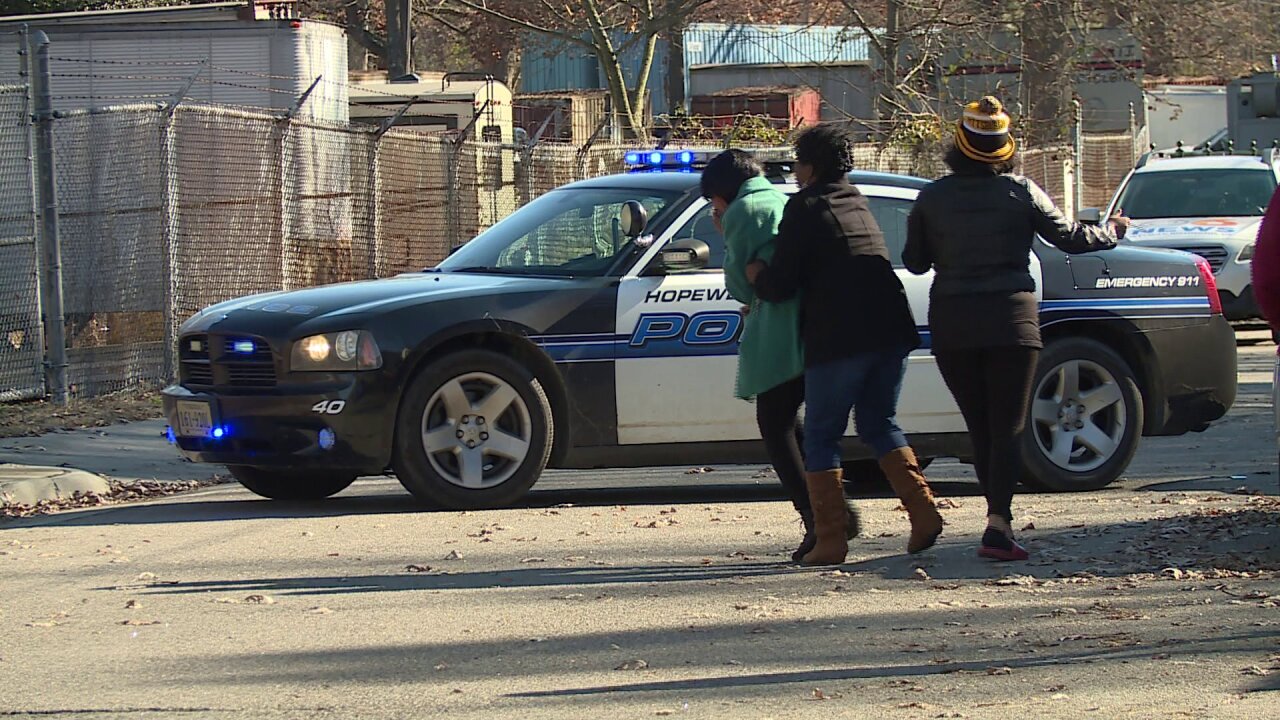 HOPEWELL, Va. -- A woman was killed in an officer-involved shooting in Hopewell, according to eyewitnesses and Crime Insider sources.

Hopewell Police received a report of an armed robbery at a convenience store located in the 900 block of Winston Churchill Drive. Officers arrived and observed a female fitting the robbery suspect’s description running on foot in the 700 block of Elm Street.

Officers approached her and gave verbal commands to stop, but the woman disregarded the officers and pointed a handgun at one of the officers, who fired a single shot, according to police.

The female offender was struck and died at the scene.

No officers were injured during the course of the incident.

Senior reporter Wayne Covil, who was on scene near the 600 block of Elm Court, reported a woman's family had gathered near where the woman's body was covered in the street. 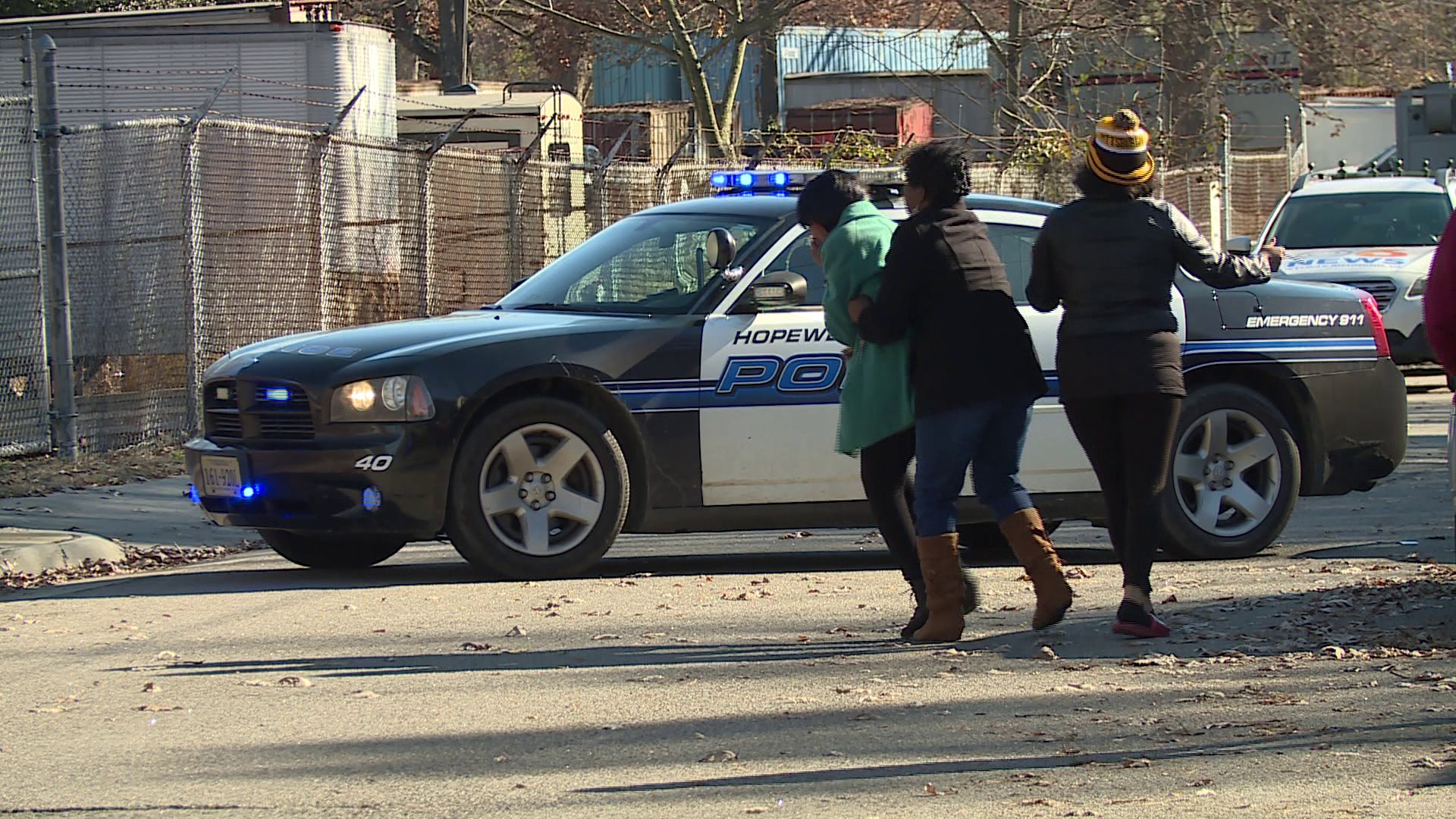 Covil learned the woman's name but was working to confirm additional details about the moments leading up to the shooting.

“Police, in an investigation like this, will follow the evidence which includes reviewing body camera footage and surveillance footage from the store," said crime expert Steve Neal.

The Hopewell police officer involved in the shooting has been placed on administrative leave, in accordance with department policy.

A Virginia State Police spokesperson confirmed the agency was contacted to investigate the officer-involved shooting.

Crime Insider sources say over the past six years, the female robbery suspect had been busy in the city.

"It’s not unusual for people to attack people or places they are familiar with,” said Neal. “There's a certain level of comfort there.”

The Hopewell Police Department is currently without a police chief.

The Hopewell Police Department is requesting that any person(s) who may have witnessed either of the incidents, were traveling in and around the area at the time or have any information to provide, to contact lead Detective Benjamin Ransom at (804) 541-2284. You can also contact the Hopewell Prince George Crimesolvers hotline in Hopewell at (804) 541-2202 or submit your tip anonymously using the P3tips app.