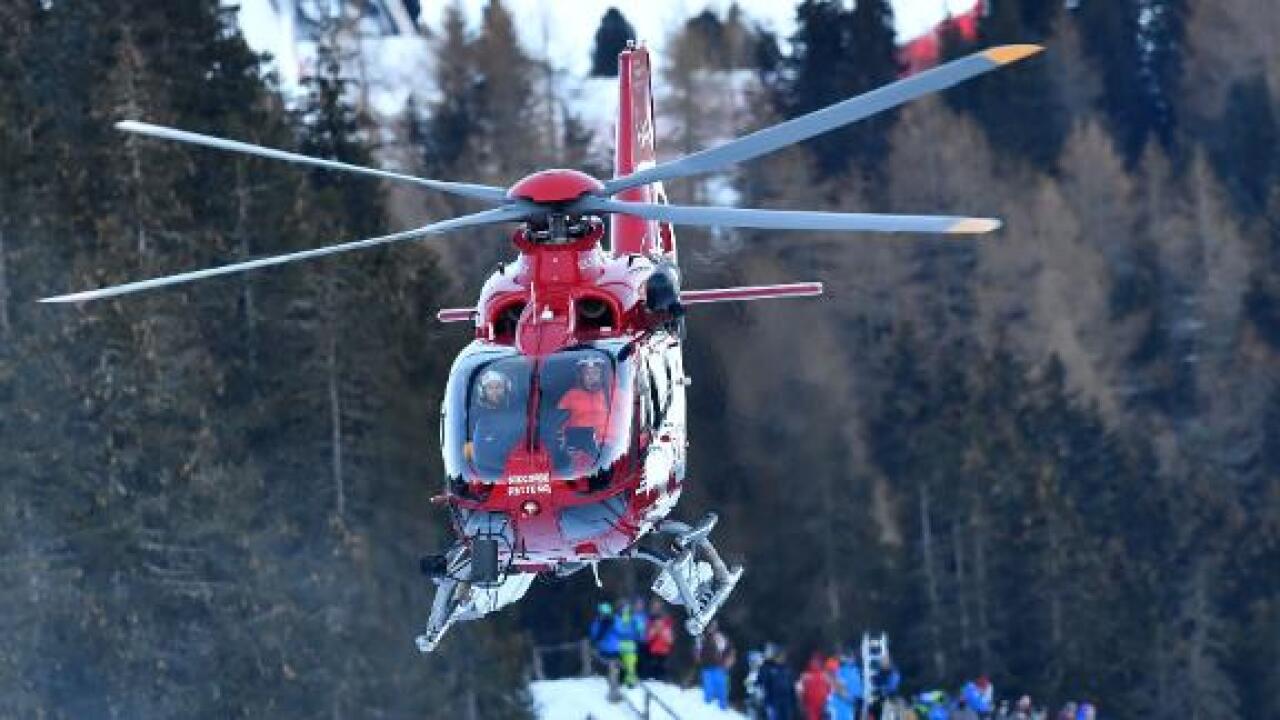 The 30-year-old lost control just before the notorious ‘camel hump’ section of the course and was thrown high into the air before sliding along the piste on his back and side.

The race was interrupted for half an hour while the unconscious Gisin received urgent treatment before being airlifted to hospital at Bolzano.

Kilde and the other podium finishers, Max Franz of Austria and Swiss Beat Feuz, were seen on television looking away as they witnessed the crash, with obvious concerns for Gisin’s safety.

His sister Michelle was quoted in the Italian media that her brother had regained consciousness, was stable and had broken his pelvis.

A later official statement from the Swiss ski team said Gisin had recovered sufficiently to be flown home to Switzerland on Saturday night to undergo further diagnoses of the extent of his injuries.

When racing resumed, Norway’s Aksel Lund Svindal, winner of the super-G Friday at the Italian Dolomite resort, could only manage seventh place and he has lost his lead in the overall World Cup standings to Franz.

A rescue helicopter transports Switzerland's Marc Gisin to hospital after his horror crash in the World Cup men's downhill at Val Gardena.

A rescue helicopter transports Switzerland’s Marc Gisin to hospital after his horror crash in the World Cup men’s downhill at Val Gardena.

It was the 26-year-old Kilde’s second World Cup win, both in downhill, and comes off the back of an excellent third place in the super-G at Beaver Creek in the United States earlier this month.

His time of one minute 56.13 seconds on the Saslong course left him 0.86 seconds clear of Franz, with Feuz 0.92 seconds behind. Feuz and
Franz are joint top of the downhill standings after three rounds.

Norwegian skiers have won seven of the last 10 races at the Val Gardena weekend, dating back to 2014, while there was also a strong performance from the emerging US team of Bryce Bennett, Steve Nyman and Travis Ganong in fourth, fifth and sixth.