Why Chesterfield schools were closed on Thursday 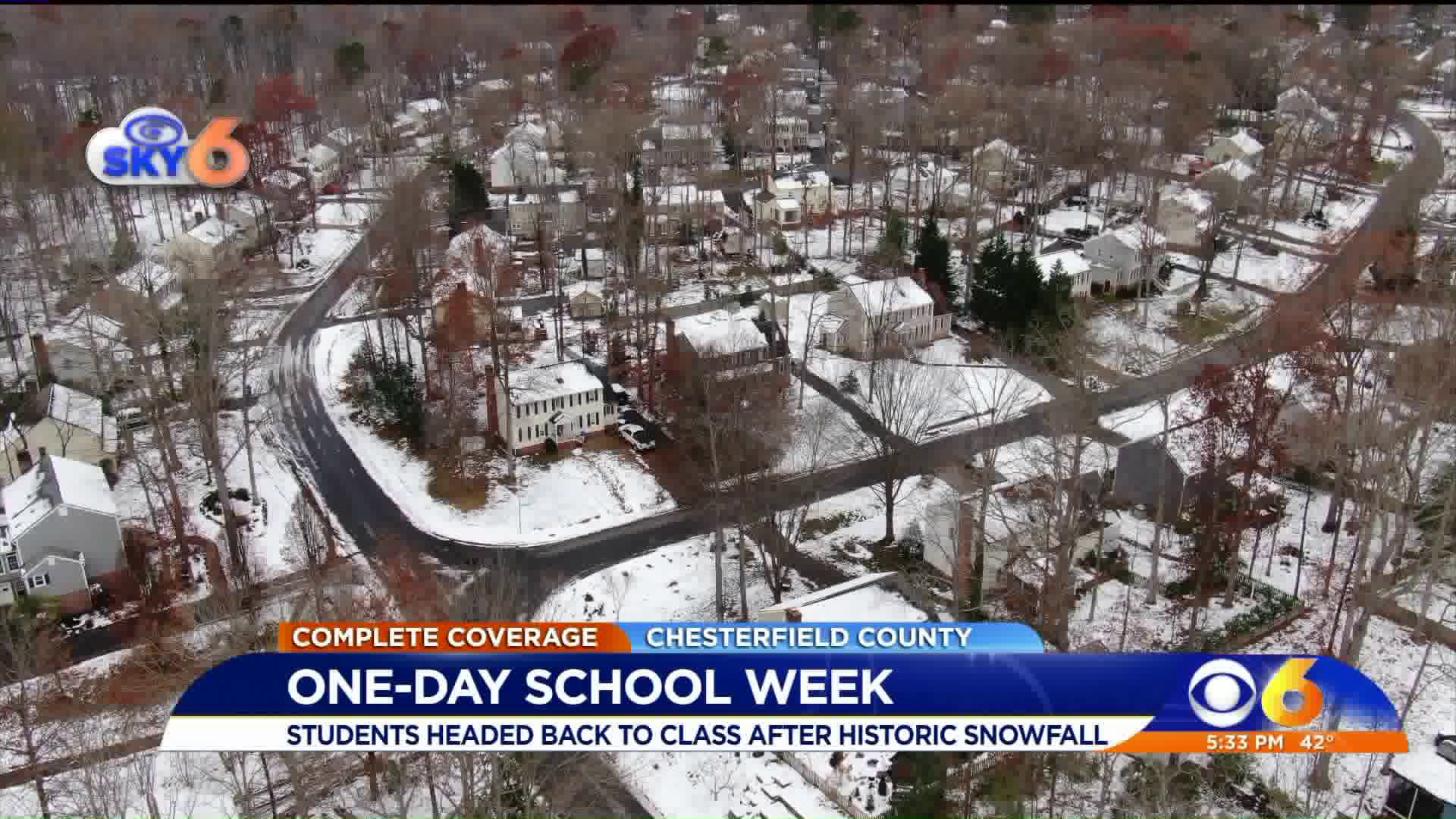 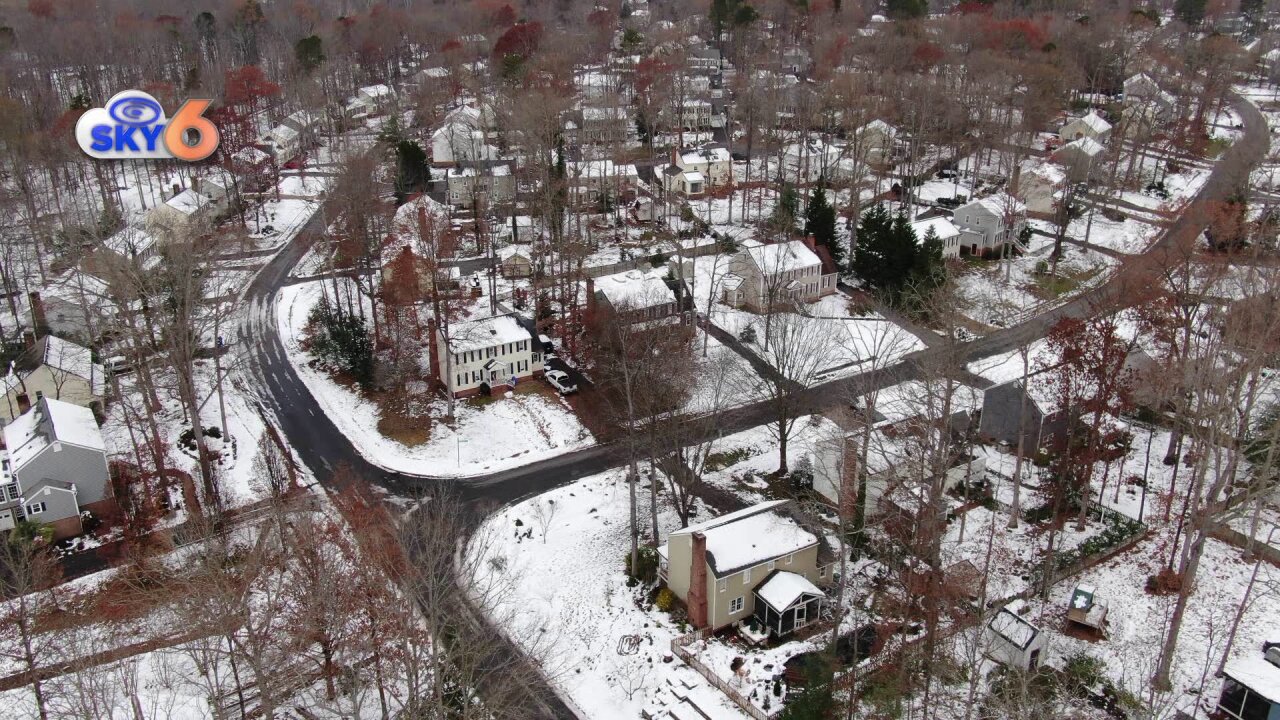 MIDLOTHIAN, Va. -- Students in Chesterfield County got most of the week off because of this week’s historic December snow storm.

The largest school district in Central Virginia will open on time Friday, but explained to CBS 6 why, unlike their counterparts in the region, they closed their doors on Thursday.

School leaders said road conditions in neighborhood streets varied widely throughout the county, and officials explained that they take “the health, safety and well-being of all students who are entrusted to our care” into account when making a decision as to whether close or delay due to winter weather.

"Chesterfield County Public Schools covers 446 square miles, so road conditions can vary greatly in different areas of the county. For example, road conditions might be fine in Bon Air but treacherous in Matoaca,” Chesterfield Schools spokesman Shawn Smith wrote. "Main roads may be fine for traveling, too; however, we have to take into account whether our buses can make it safely to neighborhood bus stops and if there is enough room on snow-plowed roads for our students to wait safely for the buses.”

Driving around the north and western portions of the counties revealed that all the primary and secondary roads were clear of snow and ice. However, several neighborhood streets in the Walton Park neighborhood were still covered in a slushy ice pack. 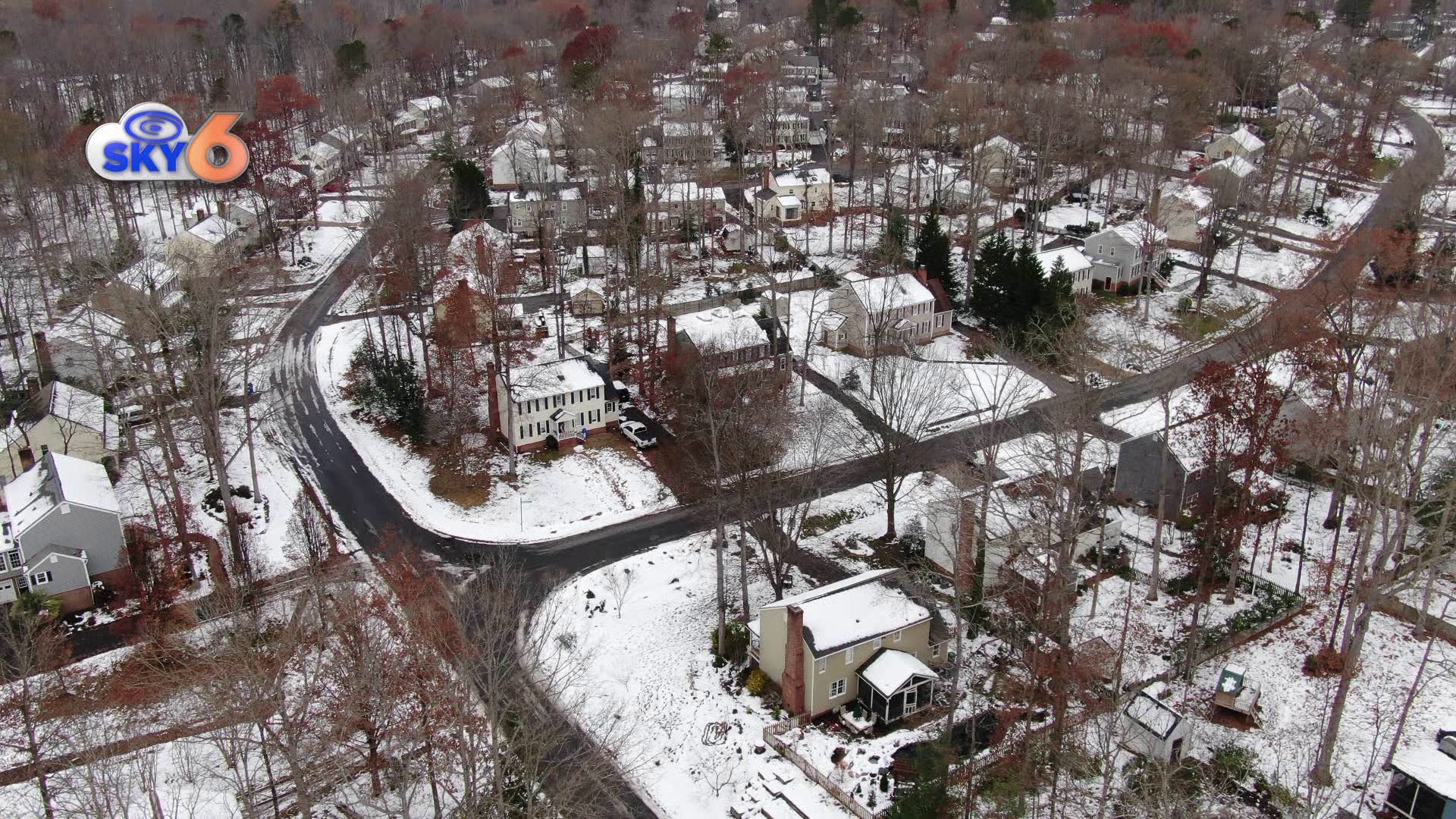 Famous for their tacky Christmas lights, residents on Dawnridge Court said several cars and even a limo got stuck in a cul-de-sac Wednesday night because of the road's condition. Parents of Chesterfield students said even though the buses don’t travel down the road they felt the school district made the right call Thursday.

"In addition to having our own Team Chesterfield members out on the roads to see conditions firsthand, we also are in contact with the Chesterfield County Police Department and the Virginia Department of Transportation for the latest information on road conditions and potential problem areas,” Smith said. "Chesterfield County Public Schools has more than 60,000 students and about 45,000 families, so decisions to close or to open will never make everyone happy. It is always a parent’s prerogative to keep a child home if worried about safety.”

Smith said CCPS also considers whether teachers and school staff can safely reach facilities located within neighborhoods where the roads may still be treacherous. Since many school employees live in other localities, Smith said they communicate with their counterparts in surrounding jurisdictions to track road conditions elsewhere.

Susan Young and her grandson Sean McCord drove down Dawnridge Ct. to scout out road conditions. They say they wanted to check it out for two reasons.

“We want to come down and see the lights later on when they start to thaw out, but we have to wait. The road was pretty bad, and at night it freezes,” Young said. "We wondered if there was going to be school tomorrow, so we thought we’d come down and see one of the worst roads we’ve been on so far.”

McCord is in seventh grade at Midlothian Middle School and resigned to the fact he will be in class on Friday. Still, it did not dampen his enjoyment of a snowy week.

"I was excited that I didn’t have to go to school,” McCord said.

His grandmother thinks many parents in Chesterfield are more than ready for their students to return to school.