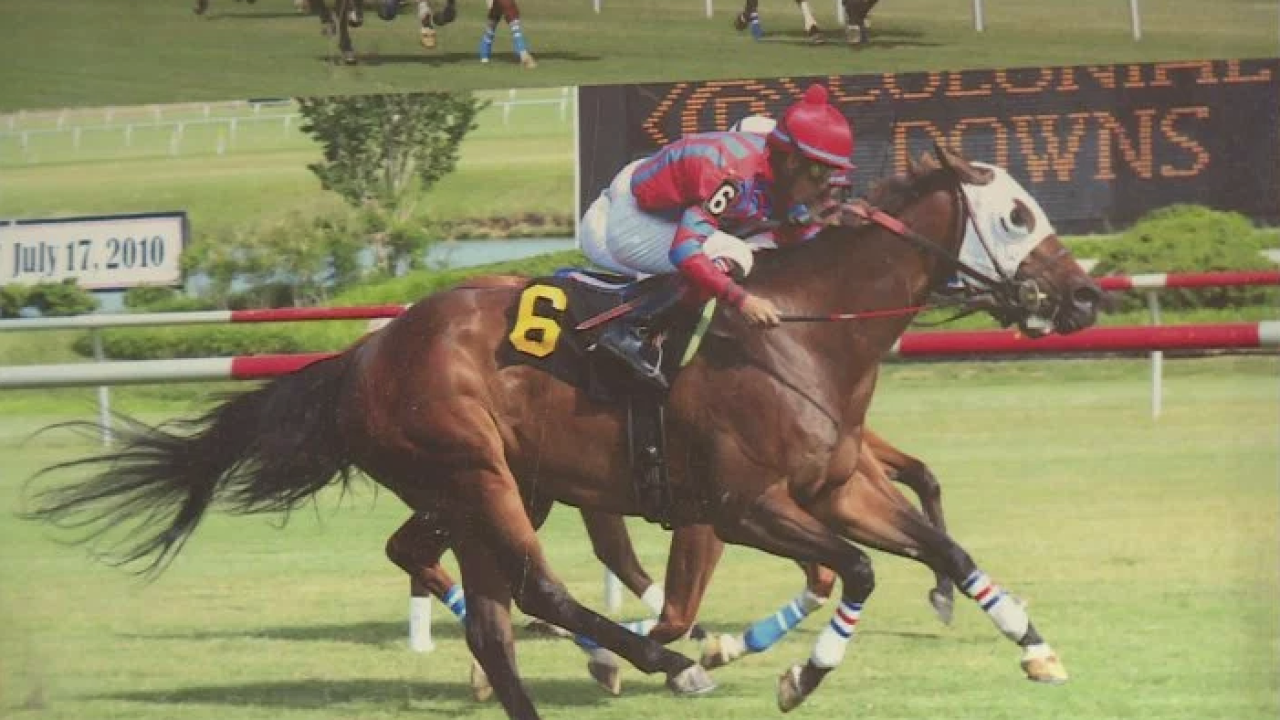 RICHMOND, Va. — Live thoroughbred horse racing will return to Colonial Downs in 2019, along with the premiere of a casino-like gambling facility in New Kent County.

The Colonial Downs Group announced Thursday that they have been granted an operating license by the Virginia Racing Commission along with approval to open a 600-unit historic horse racing operation in New Kent.

“This is an exciting step for everyone impassioned by the rebirth of live racing in Virginia and for our team delivering on our promise to revitalize horse racing in the Commonwealth,” said Colonial Downs Group senior vice-president and general manager John Marshall. “We are already making significant progress preparing Colonial Downs to evolve into one of the country’s premier race meets.”

The return of horse racing to Colonial Downs has largely been credited to legislation passed by General Assembly to allow for historical horse racing in Virginia. Historic horse racing involves slot-like gaming machines that allow folks to bet on races already run.

That new casino-like gambling facility, “Rosie’s gaming emporium,” is expected to open in mid-April. Additional details about “Rosie’s” and purse levels have not been released at this time.

Live horse racing at Colonial Downs will begin August 8 through September 7. The track, in conjunction with the Virginia Equine Alliance, plans to operate 15 racing dates in 2019.

One of the races will include the return of the Virginia Derby on August 31.

The stable area of Colonial Downs, consisting of 1000 stalls, will open July 25.

“It has been a long four years waiting for this day,” added VEA president Debbie Easter. “Our owners, breeders, trainers, veterinarians and everyone else associated with horse racing in Virginia have much anticipated the return of live racing at Colonial Downs and the resurgence in our industry that we know will come with it.”

The Colonial Downs Group says they are making a $300 million investment in the Commonwealth and creating 800 new jobs by the end of 2019.