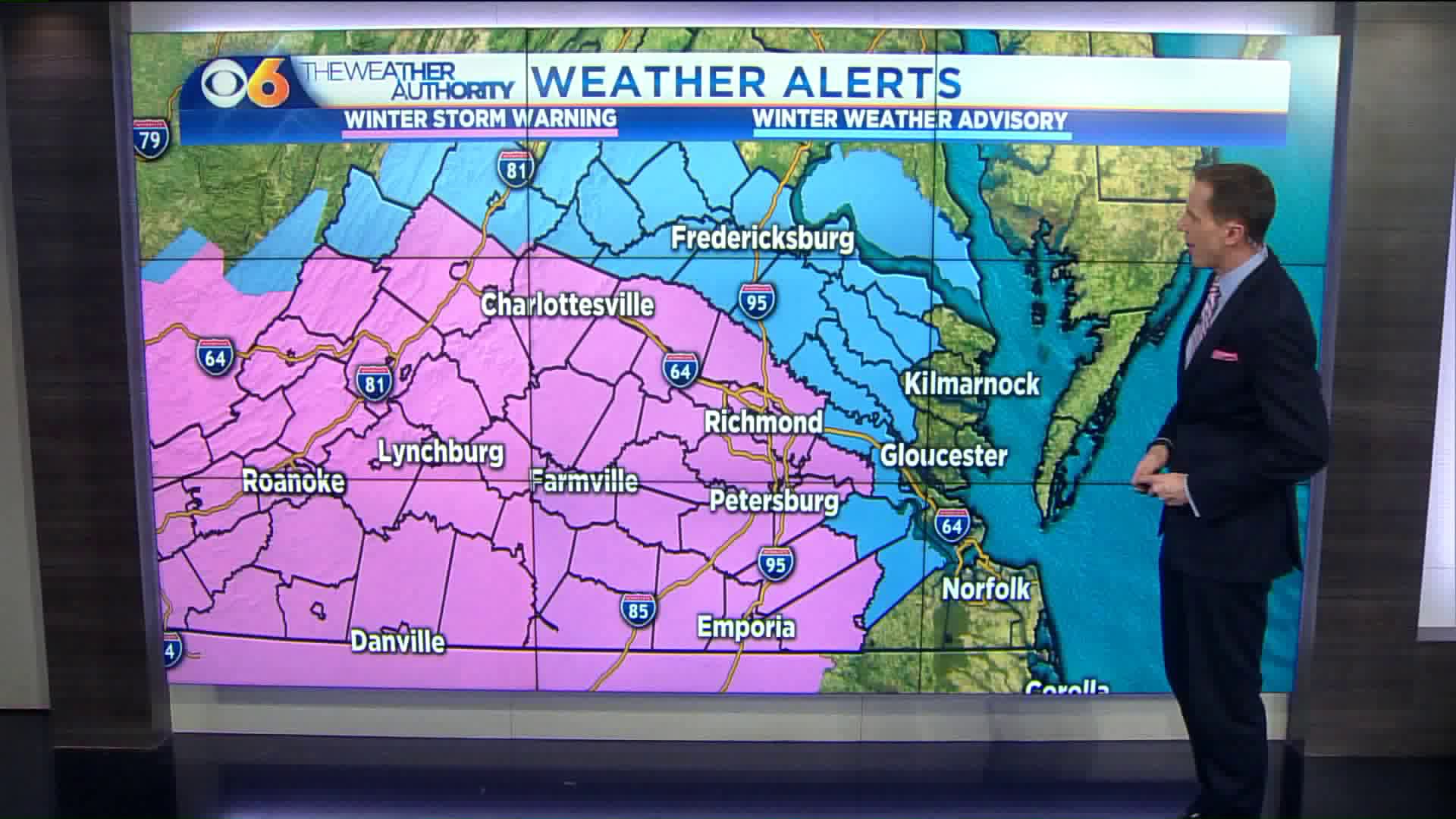 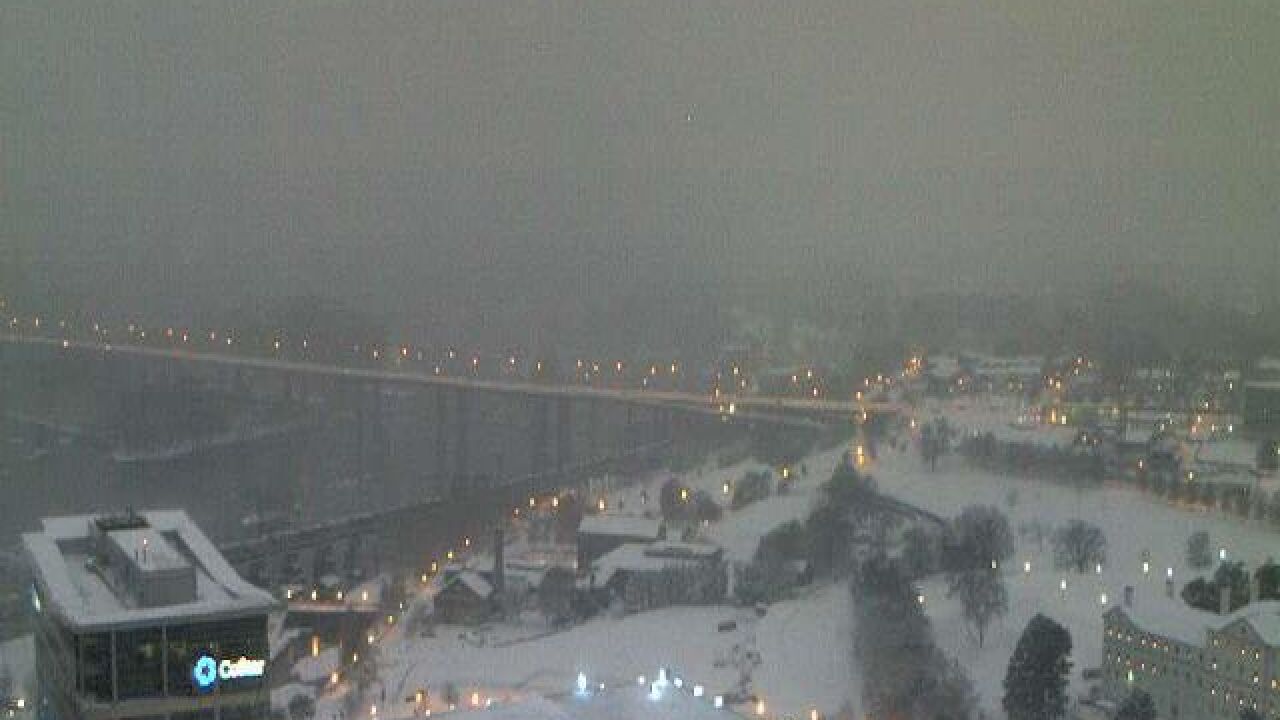 Airport officials tweeted at just after 9:30 p.m. that 111 flights had been cancelled on Sunday and that 36 flights for Monday were "scratched."

Travelers were urged to check the status of their flights before heading to the Airport.

#RIC 14:00 Dashboard: Snow Teams active, two air carrier runways open and in use. Today's cancellation total has increased to 59. Please check your flight's status before heading to the Airport.

United Airlines officials apologized to passengers on Flight 1543 to Denver, which was slated to take of at 8 a.m.

Passengers were stuck on the runway for about three hours after officials with the airline said weather conditions worsened.

Officials said passengers were allowed to deborard the plane when it returned to the gate at 11 a.m.

Passengers got back onto the plane around 1 p.m., sat on the runway for several more hours before returning to the the gate at 5 p.m. when the flight was finally cancelled.

United officials noted that the runways were closed for a short period of time during the afternoon and that the deicing contractor had mechanical equipment issues which impacted deicing the planes.

United officials apologized for the inconvenience.

Airline officials noted that most of the flights that took off Sunday morning did so before the heavy snow started to fall.

Click here to check the statuses of flights at Richmond International Airport.