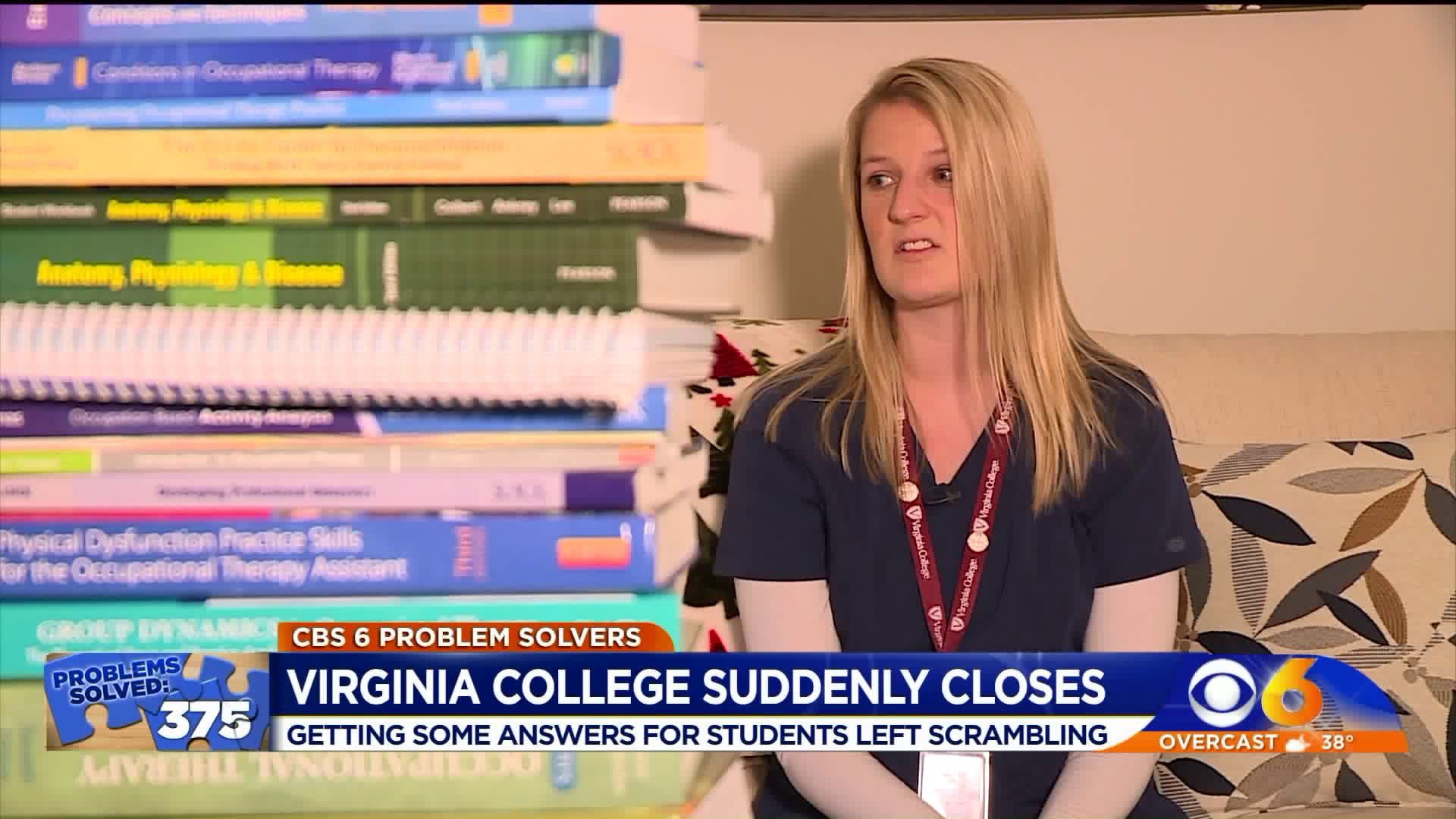 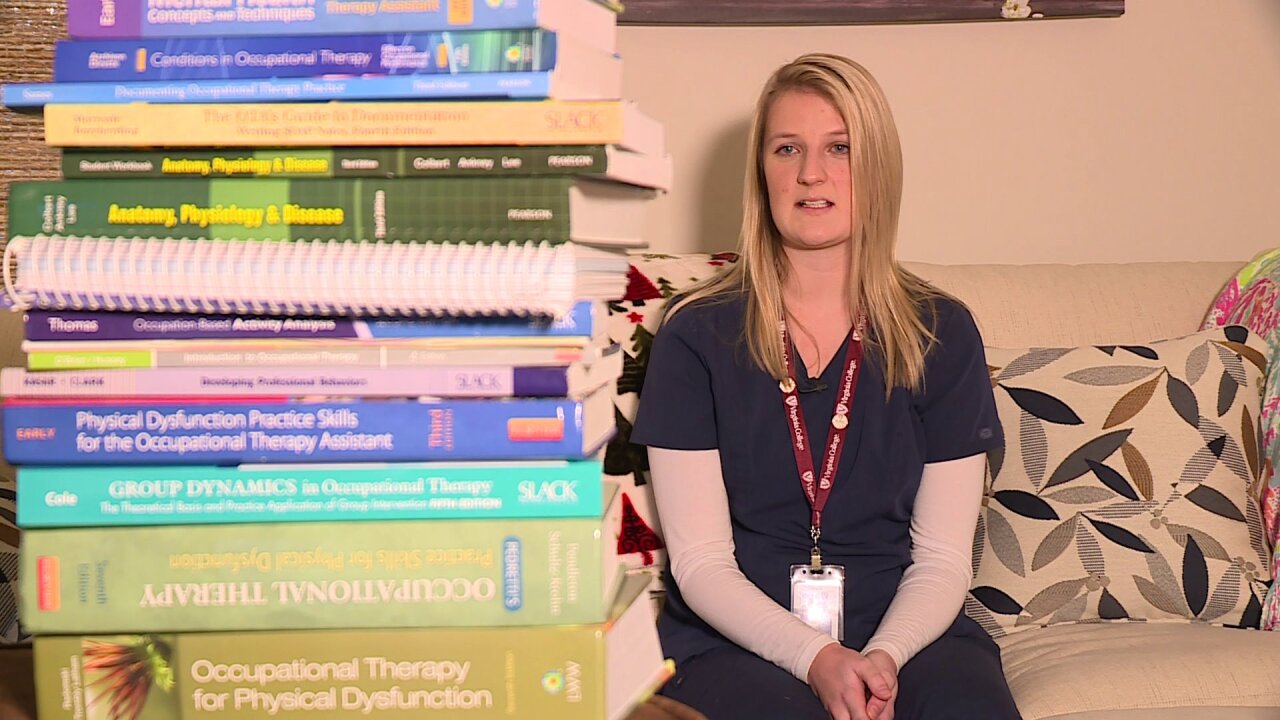 MIDLOTHIAN, Va. -- Flipping through two honors she received as a student at Virginia College, Sarah Meyls can't help but get emotional.

"It makes me really sad, angry and sad," Meyls said.

Meyls' family paid the school 40,000 dollars over the past two years as she worked to get her associate's degree to become an occupational therapy assistant.

"These books are everything we've been studying for two years," Meyls said while pointing to a large stack of books.

But just one externship away from graduating in April, Meyls received a bombshell email in her inbox Wednesday.

"All of the sudden there is this email saying the school was getting shut down," Meyls said.

The school's parent company, Education Corp. of America, decided to shut down after its accrediting agency suspended accreditation citing numerous concerns, including educational outcomes for students.

"I was devastated. I mean I cried just eating my lunch, everything we've worked so hard for," Meyls said.

With students like Sarah now left scrambling, several other for-profit schools are meeting with Virginia College to help, like Centura College, located right down the road.

"What I'm recommending for the students from Virginia College is to come here and speak with us," Robert Jones, Campus Executive Director with Centura College in Richmond, said.

Jones said some of the programs Centura offers line up with what Virginia College officers and they're willing to work with students to help them graduate.

"We're going through that process right now to figure out what classes are going to transfer, and it looks like we are going to offer a tuition credit for students for any classes that don't transfer over to us," Jones said.

Meyls called Centura, but unfortunately they don't offer her program, however, Robert Jones said they're working to see if they can bring additional programs over to Centura quickly.