Newlyweds happily ever after began with the CarMax Tacky Light Run 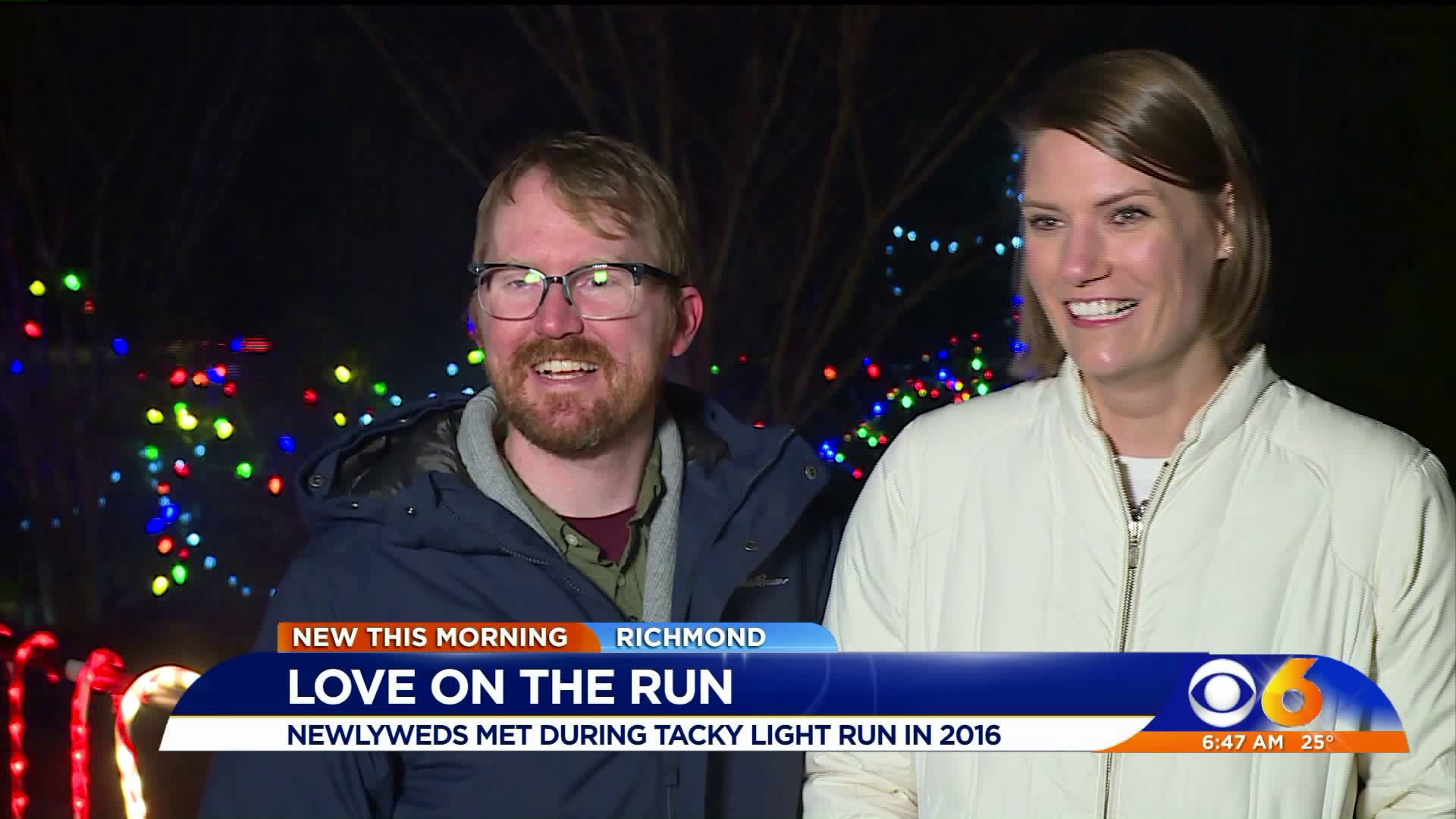 The 6K or 3.72-mile race is a holiday-themed fun run in Chesterfield County’s Walton Park neighborhood.

“It was kind of love at first sight,” said Hunter. “I said, I really got to get to know this girl.”

The night before the race, Hunter met Courtney who was passing out race packets and hats at his job.

At the race the next night, Hunter says he was determined to keep up with Courtney, but that didn't last long.

“Out of shape, and determined to talk to this girl, I ran for as long as I could to keep up with her. But, alas, she runs 5k's all the time and breezed ahead of me,” he said.

An hour later, Hunter says he finished the race to find Courtney at the finish line giving all of the group members hugs as they completed the race.

“I knew as she hugged me, and again when we parted ways at the end of the night, that I was going to marry her,” said Hunter.

“It took me a bit longer,” Courtney said with a laugh.

Fast forward a few months later, they reconnected and were dating by the following March.

“Once we became friends on Facebook, started talking and hanging out and becoming really good friends, I started to consider him one of my best friends pretty quickly,” said Courtney.

Hunter and Courtney were married in September of this year. They will return to the CarMax Tacky Light Run as Newlyweds on Saturday, December 8.