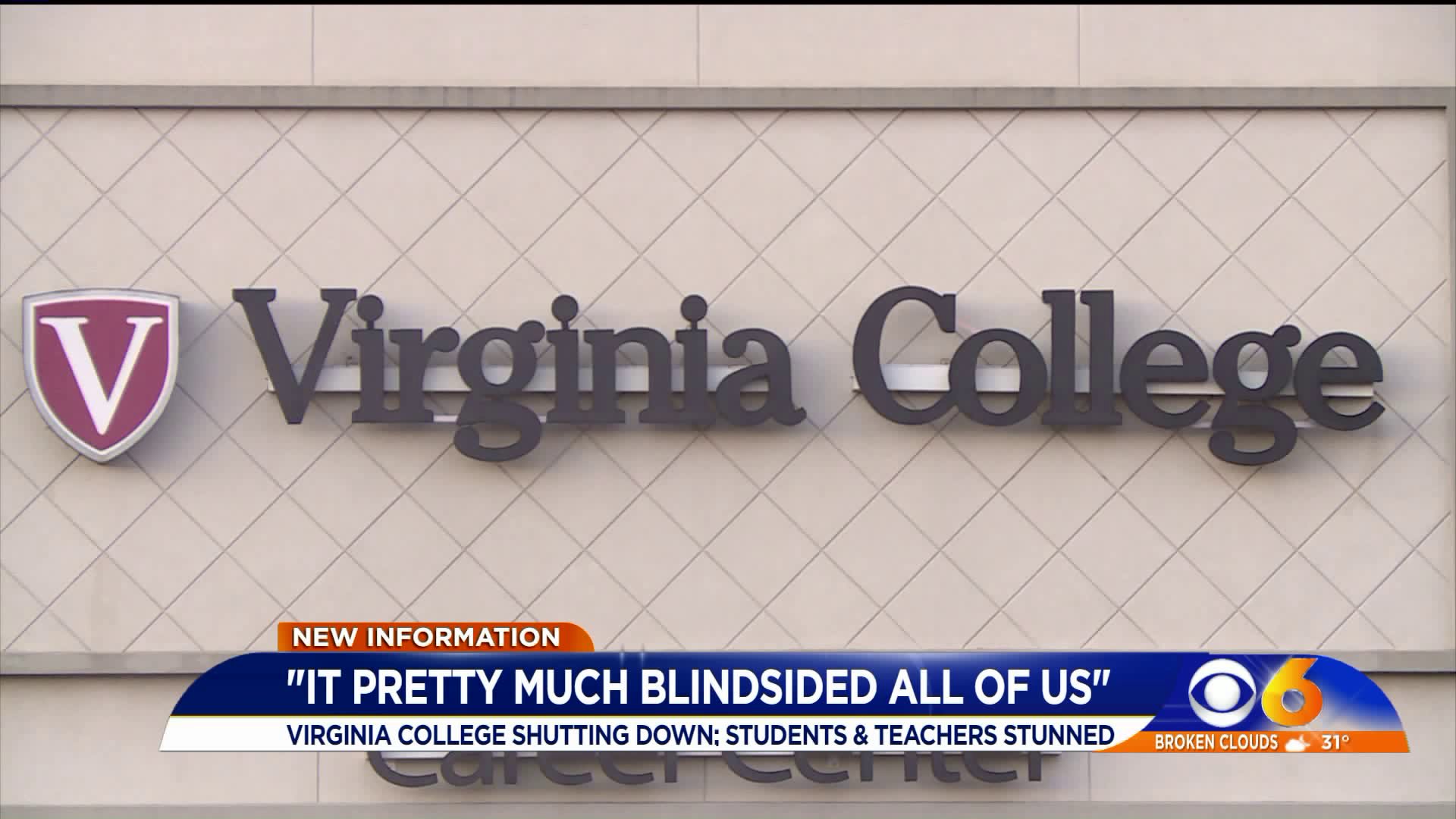 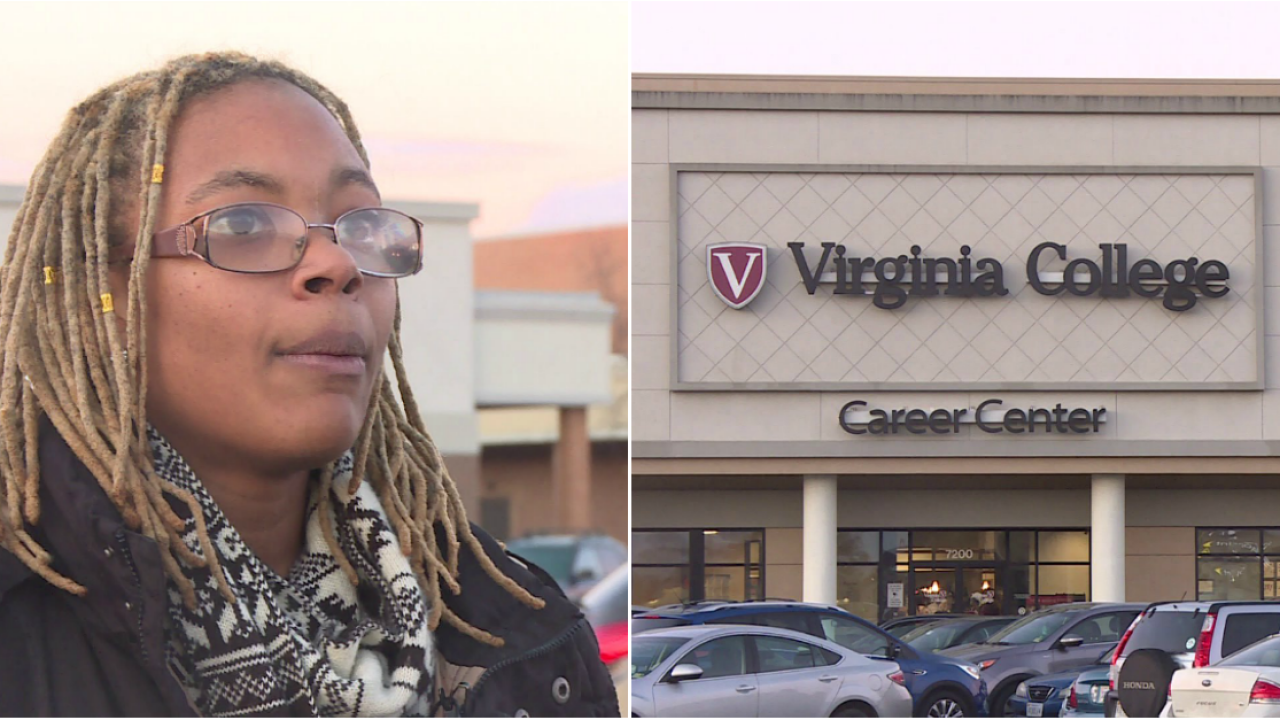 CHESTERFIELD, Va., -- Students and their families were left scrambling to find alternate schooling after a network of colleges around the nation abruptly announced they were closing Wednesday.

In an email sent to students at noon, Education Corporation of America CEO Stu Reed wrote "the Department of Education added requirements that made operating our schools more challenging."

One campus impacting Central Virginia is the Virginia College located at 7200 Midlothian Turnpike.

As students like Levia Jones walked into the school to take final exams she witnessed teachers with boxes emptying their desks.

"I feel like the CEO should’ve prepared people before like saying, 'We are really rocky people should start looking for other jobs and students should start trying to transfer,' but non of that happened," Jones said.

The 25-year-old mother of two was working towards a business degree to provide for her young family.

"On December 4, the Accrediting Council for Independent Colleges and Schools (ACICS) notified the Education Corporation of America, which operates Virginia College LLC, of its decision to withdraw, by suspension, the current grants of accreditation of all the institutions owned by Virginia College," read a press release about the closure.

A previous employee said the company knew about two years ago that Education Corporation of America was in trouble of losing accreditation.

Students were told that their last day would be on Friday.

Read the press release below:

Teach Out Plans Required by December 19

On December 4, the Accrediting Council for Independent Colleges and Schools (ACICS) notified the Education Corporation of America, which operates Virginia College LLC, of its decision to withdraw, by suspension, the current grants of accreditation of all the institutions owned by Virginia College.

The December 4 action follows a show–cause directive issued by the Council on September 5, 2018, regarding concerns in the areas of institutional management, communications, curriculum review and revision, construction oversight, and employer satisfaction.  While the institution took steps to address these areas of concern, the Council has since found additional areas of concern across various campuses, including student progress, outcomes, student satisfaction, certification and licensure, and staff turnover.

Additionally, the Council determined that Virginia College is unlikely to be able to continue operations and meet its financial obligations based on its current financial status.  These concerns were initially outlined on October 30 and updated on November 12.

In the latest action, the Council also raised serious concerns about the educational outcomes for the approximately 15,000 enrolled students across all campuses of Virginia College, which include students who are set to complete their studies at the end of the December 2018 term. As such, the Council requires Virginia College to submit evidence of the successful completion of programs for students scheduled to graduate in December.  Additionally, the Council will require evidence of executed transfer agreements to other institutions for students still enrolled after December in order to facilitate the completion of their program of instruction. This information must be submitted to the Council no later than December 19.

A copy of the Council’s letter to Education Corporation of America is available here.