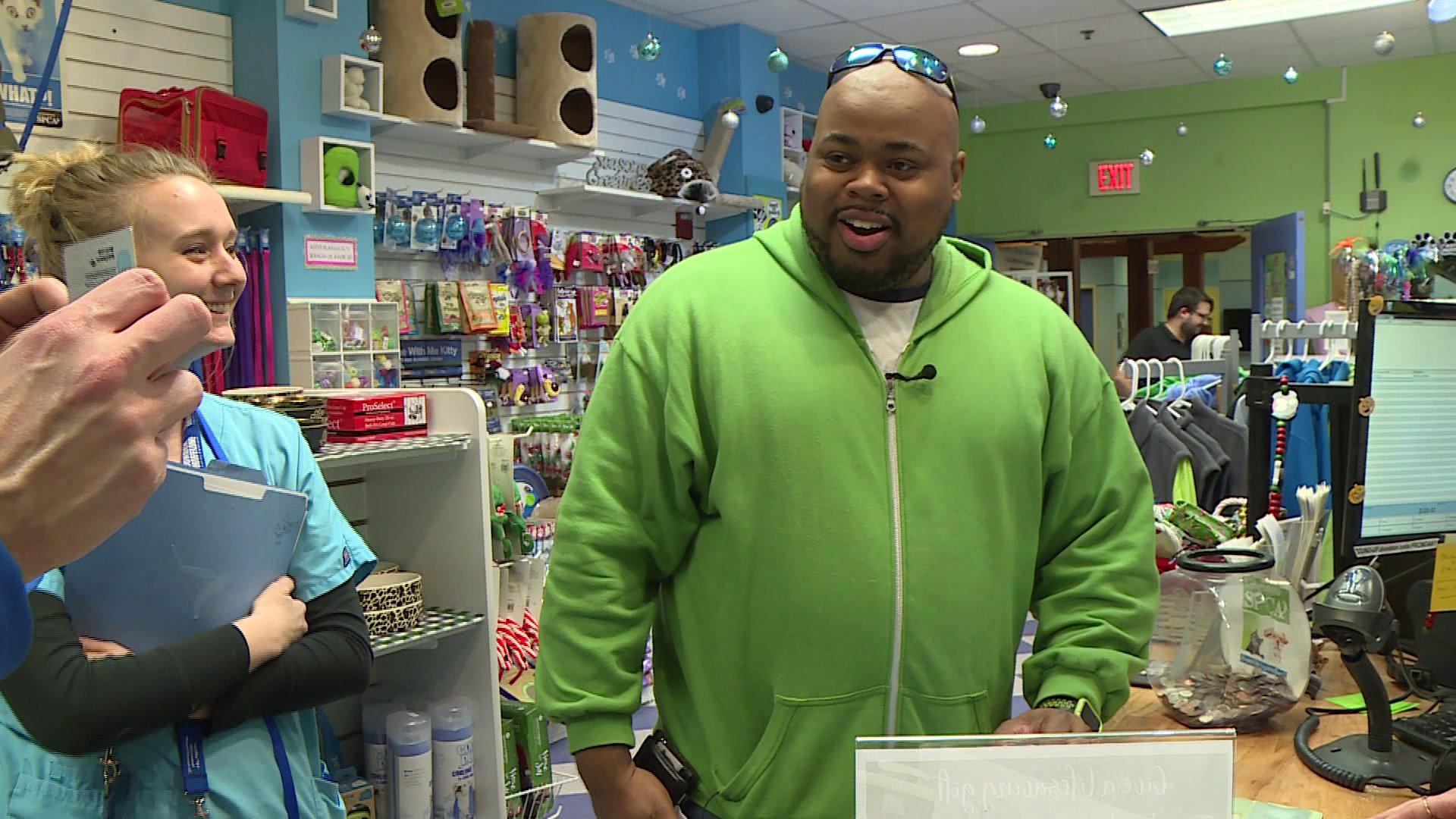 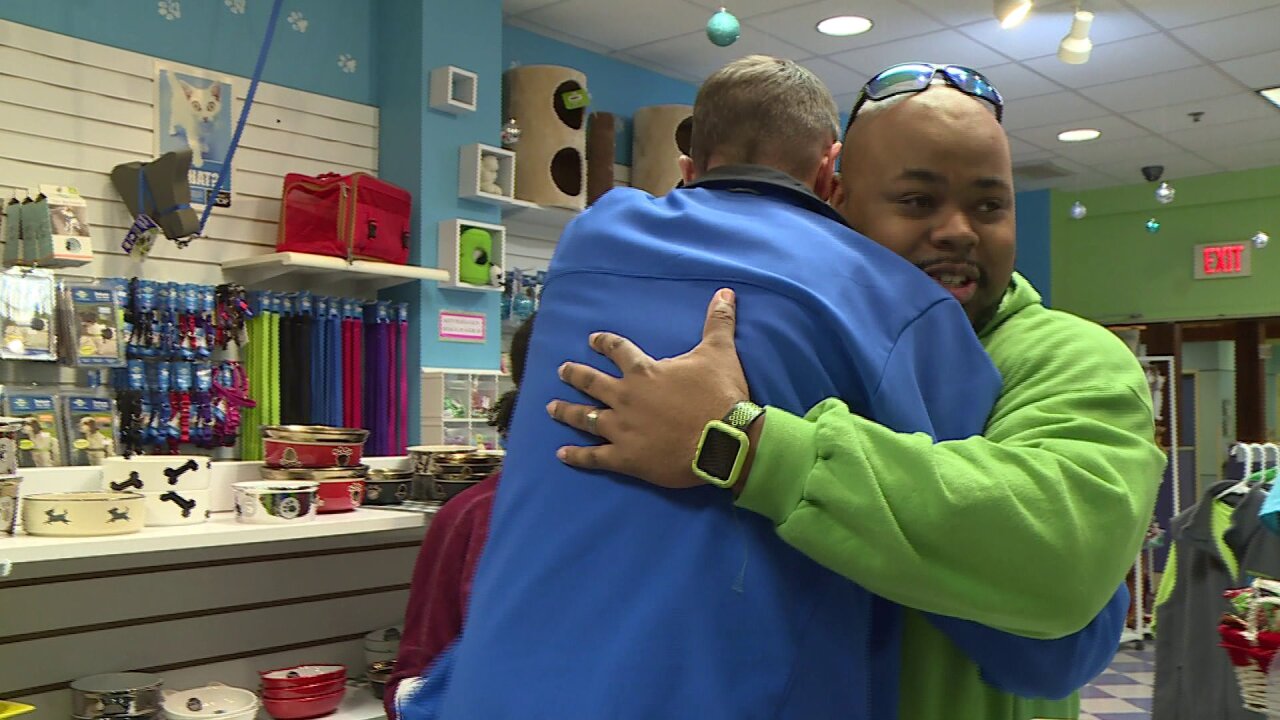 RICHMOND, Va. -- The CBS 6 Month of Giving continued at the Richmond SPCA, where CBS 6 meteorologist Mike Stone paid adoption fees for people picking up new pets. The SPCA sometimes has difficulty adopting older animals, so Mike focused on people adopting dogs and cats that were one year or older.

Natasha Olivares and her sons have really been wanting a dog.  They adopted a one-year-old dog named Cassidy.  The family loves Cassidy for her clear eyes and cute face, and for how quiet and calm she was.

Gloria Keating had pets growing up, but her kids never had an animal of their own. They recently moved into a new home, so they were able to adopt a five-year-old cat.

Rafael and Geania Oliver had a Chihuahua who passed away in September. The loss was sudden and hard, they said.

After a couple months, they decided that they still had so much love left to give, and felt like they needed to add to the family again.

They landed on Buddy because, although he was shaky at first, Buddy warmed up to them very quickly. It became very apparent it was match in the room, by the way Buddy bounced to and from each of their laps to lay down.

Blake Gillepsie adopted a dog who recently had surgery for a bump on top of his head, when a batch of hair follicles burst. The dog is doing great and recovering well. Blake wanted to adopt a dog for about a year, and finally decided to pull the trigger.

The SPCA has reduced fees for adult cats, animals in the SPCA's care for longer than one month, as well as other discounts for seniors and veterans. You can find more information here.