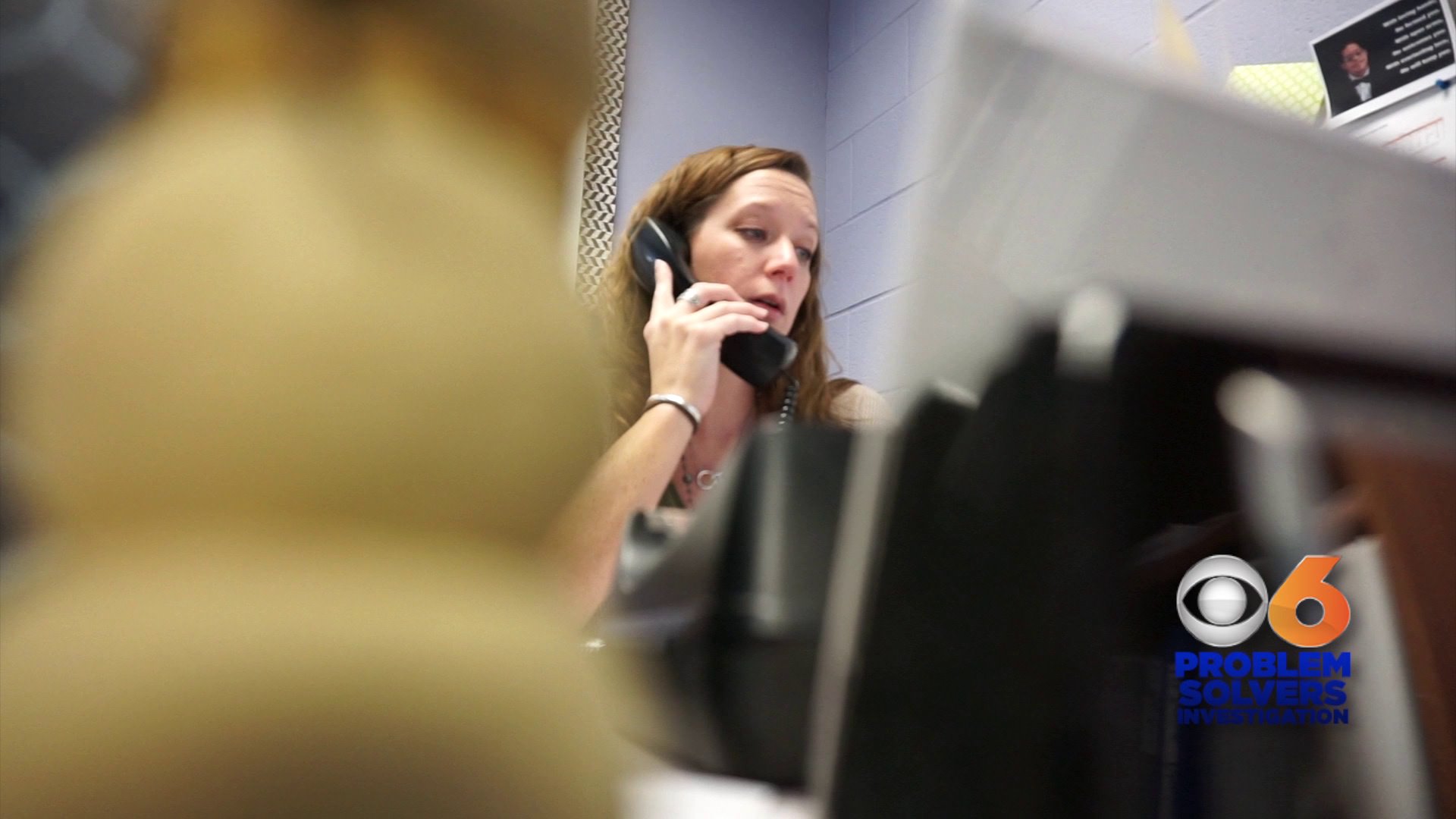 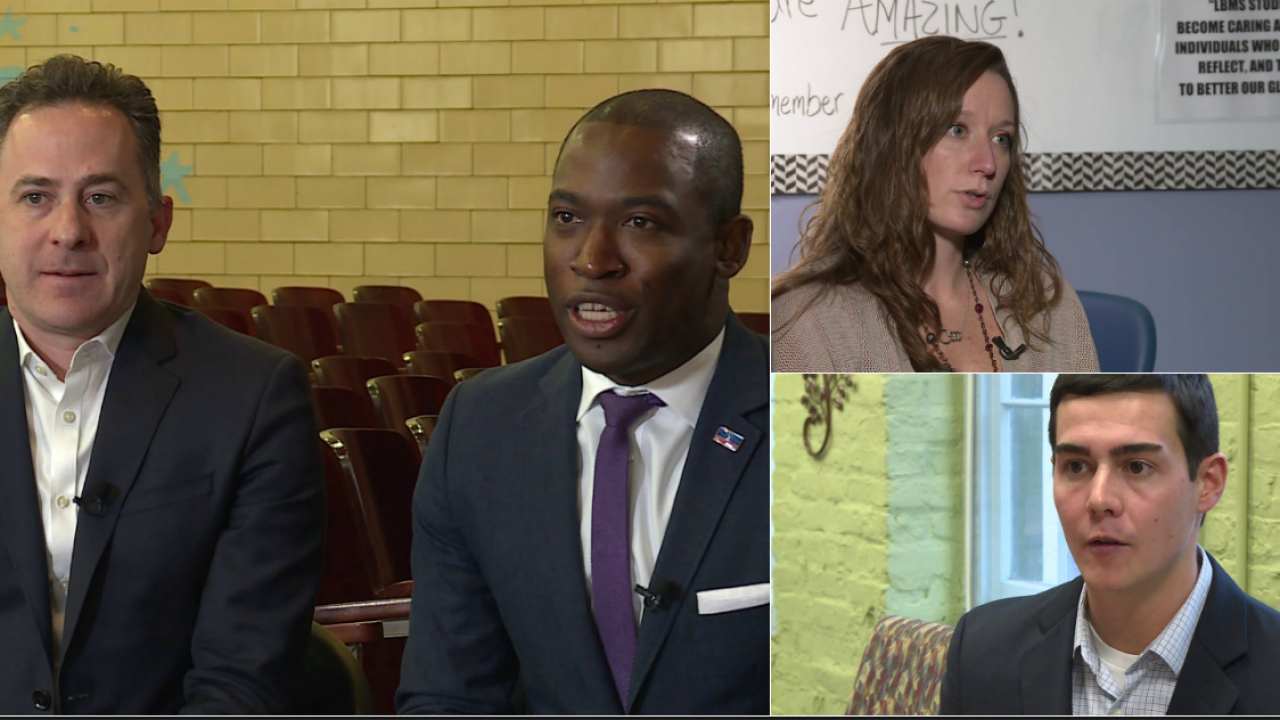 RICHMOND, Va - Students, teachers, and advocates plan to march from MLK Middle School in Richmond to the steps of the state capitol on Saturday.  The "March for More" was organized by local city and school leader to call for more funding from the state for public education.

Per pupil spending by the state on K-12 students is nine percent less than 2009 when adjusted for inflation, according to an October report from the independent fiscal analysis non-profit The Commonwealth Institute.  Richmond school leaders said state funding is one reason they may have to make "hard decisions" about where to cut in a school budget that parents have long said does not allow for an equitable education for students.

Tracy Wellman is a school social worker for RPS charged with helping students with their emotional and social well-being.  Her favorite, and arguably more important, part of her job is building relationships with students and parents.

Wellman is assigned to both Lucille Brown Middle School and Carver Elementary, meaning she is responsible for more than 1,000 students. Her day is mostly filled with parent meetings and making attendance inquiry calls.

"It's, to put it bluntly, crazy that a social worker would have 1,000 kids," said RPS Superintendent Jason Kamras.

Kamras and Richmond Mayor Levar Stoney sat for a rare joint interview to discuss why they are lobbying the state for more education funding.  Both leaders helped organize the "March for More" and cite the statewide nine percent post-Recession funding decrease as a target for improvement.

Following the recession, Virginia lawmakers made major cuts to the state budget and public education funding took a major hit, accord to Chris Duncombe, Senior Policy Analyst at The Commonwealth Institute.   Local governments have been asked to foot more of the bill for public education since 2009, according to Duncombe, who adds rural and urban districts have been hit especially hard.

"When those reductions first came, they ended up taking over $1 billion out of public education," Duncombe said.  "It’s still hundreds of millions down.  Not nearly to the extent it once was, but still pretty severe."

"I had a nurse that resigned because we paid her so little she was on food stamps. I have bus driver vacancies because we can’t compete with Amazon and Walmart and all the other commercial bus companies ," Kamras said.

Stoney campaigned as the "education Mayor" in 2016.  His administration has faced public criticism from some parents and advocates worried about the pace of progress on that front and the focus on a redevelopment plan around the Richmond Coliseum.

Stoney pointed to an increased meals tax and the Navy Hill project as examples of new revenues the city is pursuing to help fund schools, but said RPS cannot pursue the five-year strategic plan laid out by district leaders without more state funding.

"I think right now, we're at a critical junction in Richmond's future.  We have to do something now, or we're going to be leaving another generation of children behind," Stoney said.

"I’ll be very honest, without additional funds coming in, we cannot achieve that plan.  If more funds don’t come in, we’ll have to make some tough choices.  What are we going to not do. What positions are we going to not have next year," Kamras said.  "One of the points I think that’s important to make, this is not just a Richmond issue.  It’s not just urban; it’s rural, it’s suburban, it’s not just Democrat or Republican.  It’s a statewide issue."

Kamras said under-funded Standards of Quality (SOQ's), which are set by the state, impacts decision making in school districts across Virginia.

"We still have a ways to go; we still have a lot of opportunities for progress," said state Senator Glen Sturtevant (R-Richmond), who served on the Richmond School Board before being elected to the General Assembly.

Sturtevant said he is optimistic Virginia lawmakers can find ways to increase direct funding for public education during the 2019 General Assembly session.  The newly-formed school modernization subcommittee has studied ways to provide localities with financing help to rebuild aging school buildings, he adds.

"In many of our localities, it’s hard to find a school that was not built sometime between World War II and the Vietnam War," Sturtevant said.  "We have got to make sure we are prioritizing state funding on education.  That is one of if not the most important thing state government does."

Chris Duncombe said state lawmakers are uniquely positioned to invest in public education in 2019.  He said the U.S. Supreme Court's Wayfair decision could bring in tax dollars from out-of-state online sellers and conforming Virginia's tax code to federal tax legislation could bring in up to $600 million of new revenue to Virginia.

Republicans and Democrats in the General Assembly have conflicting views on whether conforming Virginia's tax code would actually benefit all Virginia taxpayers.  The issue is expected to be a major point of contention in 2019.

"What we see and what we deal with is very different from what someone sitting somewhere else thinks is happening," she said of the teachers and staff she works with.

Wellman said what she sees is students who need her and not enough time to help.

"The needs of our are so deep, it’s not just about them coming to school, sitting in the classroom, and getting an education," she said.

On Saturday, the "March for More" begins at 10 a.m. at MLK middle school on Mosby street.