Police ID Richmond teen found dead between buildings: ‘The violence to me has to stop’ 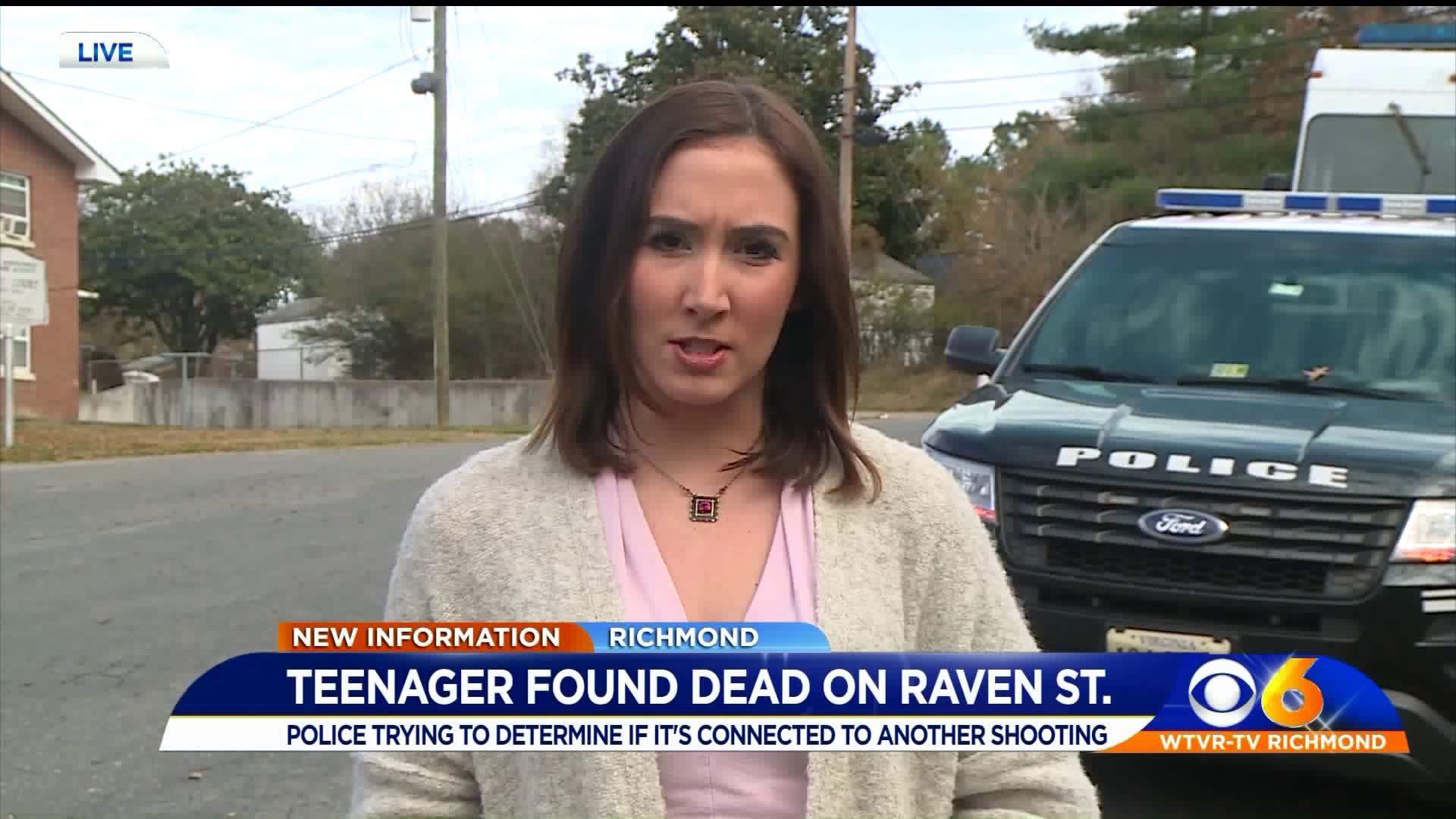 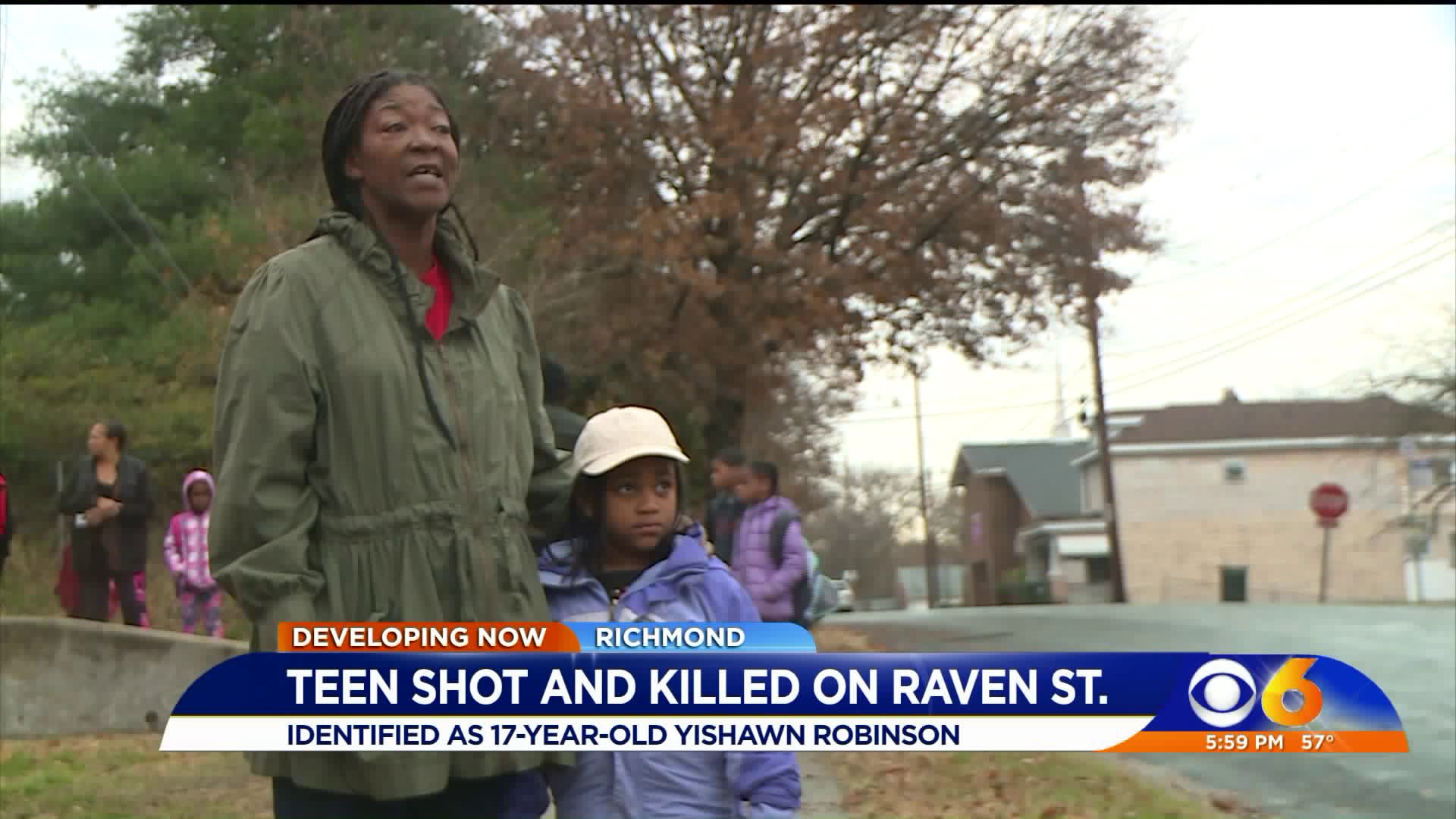 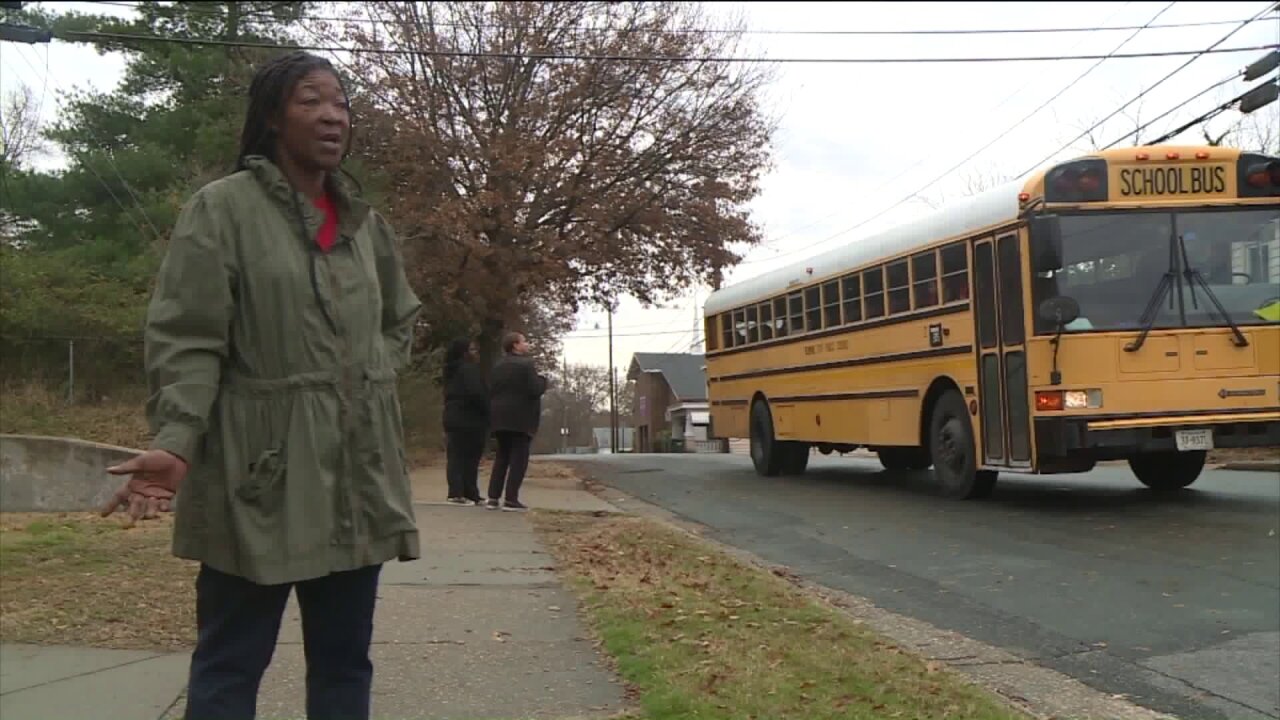 RICHMOND, Va. -- A homicide investigation is underway after the body of 17-year-old Yishawn Robinson was found between buildings in Richmond, according to Richmond Police.

"At approximately 11:04 p.m. [Sunday], an officer on routine patrol was notified by individuals that there was a body located between buildings in the 1900 block of Raven Street," Richmond Police spokesperson Gene Lepley said. "Detectives are working to determine if this homicide is related to a shooting two hours earlier in the same block of Raven Street."

Another 17-year-old was a grazed by a bullet in a 9 p.m. shooting on Raven Street. EMS took him to the hospital where he was treated for non-life threatening injuries.

A homicide investigation is underway after the body of 17-year-old Yishawn Robinson was found between buildings in Richmond, according to Richmond Police. https://t.co/iopwpjKhhV via @ShannonLillyTV

More than 12 hours after these two shootings victims were found, police were still on scene and cries could still be heard from neighbors waking up to the news.

Regina Allen joined the group of parents and grandparents getting their kids on the school bus Monday morning.

But unlike most mornings, they were greeted to the sight of police vehicles across the street.

"I hope that she’ll be able to go outside in peace, and be able to play," Allen said while holding her granddaughter’s hand.

Gregory Buck was on his way to work when he saw the police vehicles.

“I walk past here every day to go to work," he said. "I've never seen this though. A lot of young people dying these days."

Robinson was remembered fondly by Allen and others in the community.

"He was always talking about getting out of the projects," Allen said. "I see him going to school always carrying his book bags around because he played basketball."

She said she heard the shots Sunday night, and worried about her grandchildren.

“It’s devastating when you have to get your grandkids, you know - ‘get down, get down,’” Allen said. "The bad part is that the young people don’t know no better it’s almost coming to the part that it’s normal."

She said her hope is that her granddaughter can grow up in a safer world.

“The projects means build,” Allen said. “It takes a tribe to raise a family... The violence to me has to stop. It has to stop.”