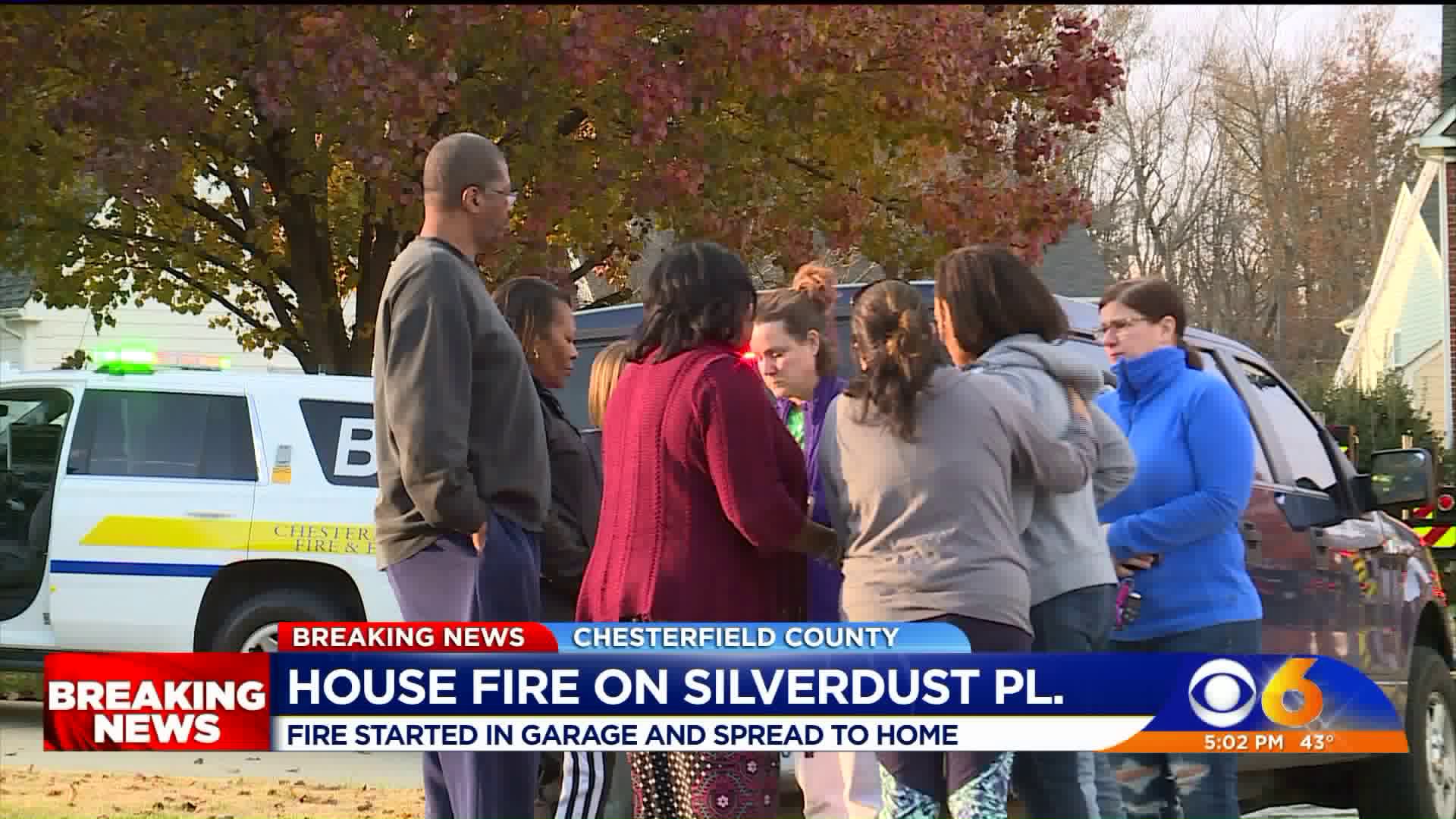 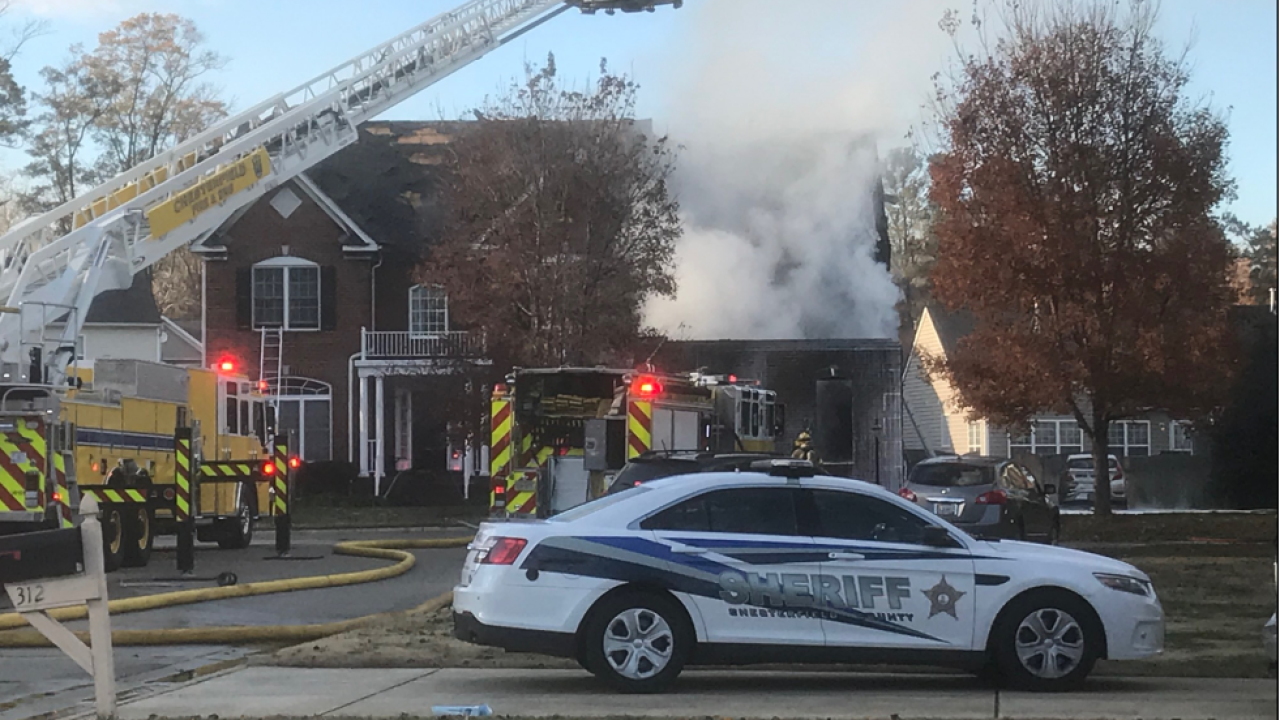 CHESTERFIELD COUNTY, Va. -- A fire in the 3000 block of Silverdust Pl. has left nine people displaced, according to Chesterfield Fire and EMS.

The two-alarm fire started in a garage before spreading to the home, causing "extensive damage."

Two adults and seven children were displaced and will be assisted by the Virginia Red Cross, according to Chesterfield Fire and EMS.

No one was hurt during the fire and Fire Marshals are investigating to determine the cause.

Silverdust Lane Update: house fire went to a 2nd alarm but is now under control. Extensive damage to the house. 2 adults and 7 children displaced and will be assisted by @VARedCross. Fire Marshals are investigating to determined cause. #EndHomeFires #BeSafe