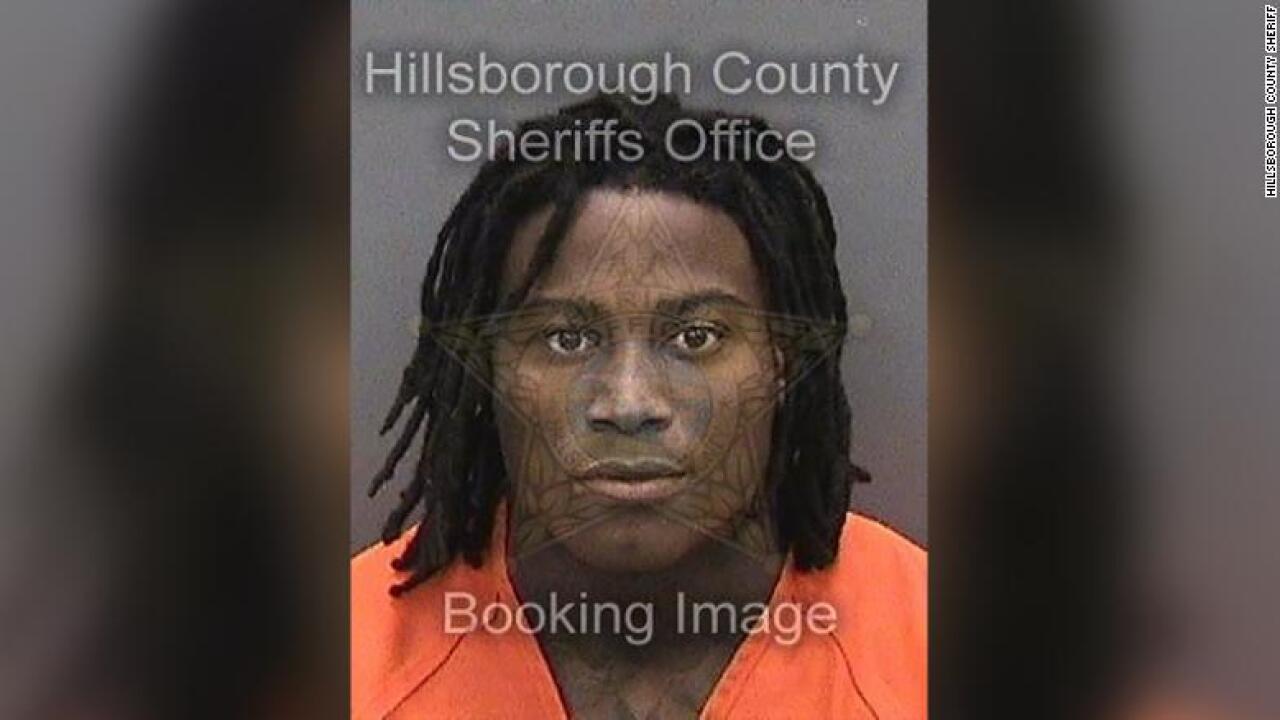 Reuben Foster, linebacker for the San Francisco 49ers, has been arrested on domestic violence charges according to a release from the City of Tampa, Florida.

The San Francisco 49ers released linebacker Reuben Foster on Sunday morning, hours after he was arrested on a domestic violence charge at a hotel in Tampa, Florida.

Foster, 24, was arrested after Tampa police officers responded to the Grand Hyatt hotel shortly after 9 p.m. Saturday, according to a release from the city.

The former first-round NFL draft pick was charged with one count of first-degree misdemeanor domestic violence and booked into the Hillsborough County Jail, the release says.

Police said Foster’s 28-year-old female companion reported that he “slapped her phone out of her hand, pushed her in the chest area, and slapped her with an open hand on the right side of her face.”

Officers observed a one-inch scratch on the woman’s left collarbone, the release states. Investigating officers learned that Foster and the woman had lived together in the past and were in an on-again, off-again relationship over the past three years, the release says.

The 49ers released Foster just hours before their scheduled game against the Tampa Bay Buccaneers.

Foster appeared in Hillsborough County Court via video link with an attorney representing him. His attorney argued that Foster is gainfully employed, that the alleged victim is an ex-girlfriend with whom he does not reside or have children with and that a prior domestic battery case involving the same alleged victim was dismissed.

The judge in the case found probable cause to charge Foster with domestic violence (battery), and held him on $2,000 bond. He also ordered Foster to have no contact with the alleged victim and to not carry any weapons or firearms.

49ers General Manager John Lynch said the team decided to release Foster because it had set up specific ground rules for him that he violated.

“We have a set of standards in place that the players were involved with in developing. In this case it was communicated exceptionally clear to the point as to what we expected out of him,” he said.
“(His release is) more of a comment on him not living up to what we had communicated and to the energy and the time we had invested into him.”

He declined to discuss the specifics of the case, but said Foster showed poor judgment.

“It doesn’t mean that we don’t love him. We all do, we all care for him, but we feel like it’s in the best interest of our organization to move on at this point. That’s a very tough decision.”

A college star at Alabama, Foster was the 31st overall pick in last year’s NFL draft but has had several arrests since.

He was charged with felony domestic violence in April for allegedly attacking his girlfriend in February at their home, leaving her bruised and with a ruptured eardrum, the Santa Clara County District Attorney said. The
charges were dismissed after the victim recanted her story, although the Santa Clara DA’s office said the evidence demonstrated he “seriously hurt his girlfriend.”

The NFL had suspended him without pay for the first two games of this season in relation to a weapons offense and a misdemeanor drug offense that were resolved earlier this year, the 49ers said in a statement on its website.

“I accept the league’s decision and am sorry that my mistakes have hurt my team,” Foster said in July when the suspension was announced. “I have a responsibility to the 49ers, our fans and our community, and I am committed to learning from this situation and making better choices in the future. The support I have received over the last five months has been humbling, and I do not take it for granted.”

In his two seasons with the 49ers, Foster played in 16 games and recorded 84 tackles.