When another shot of cold air arrives this week 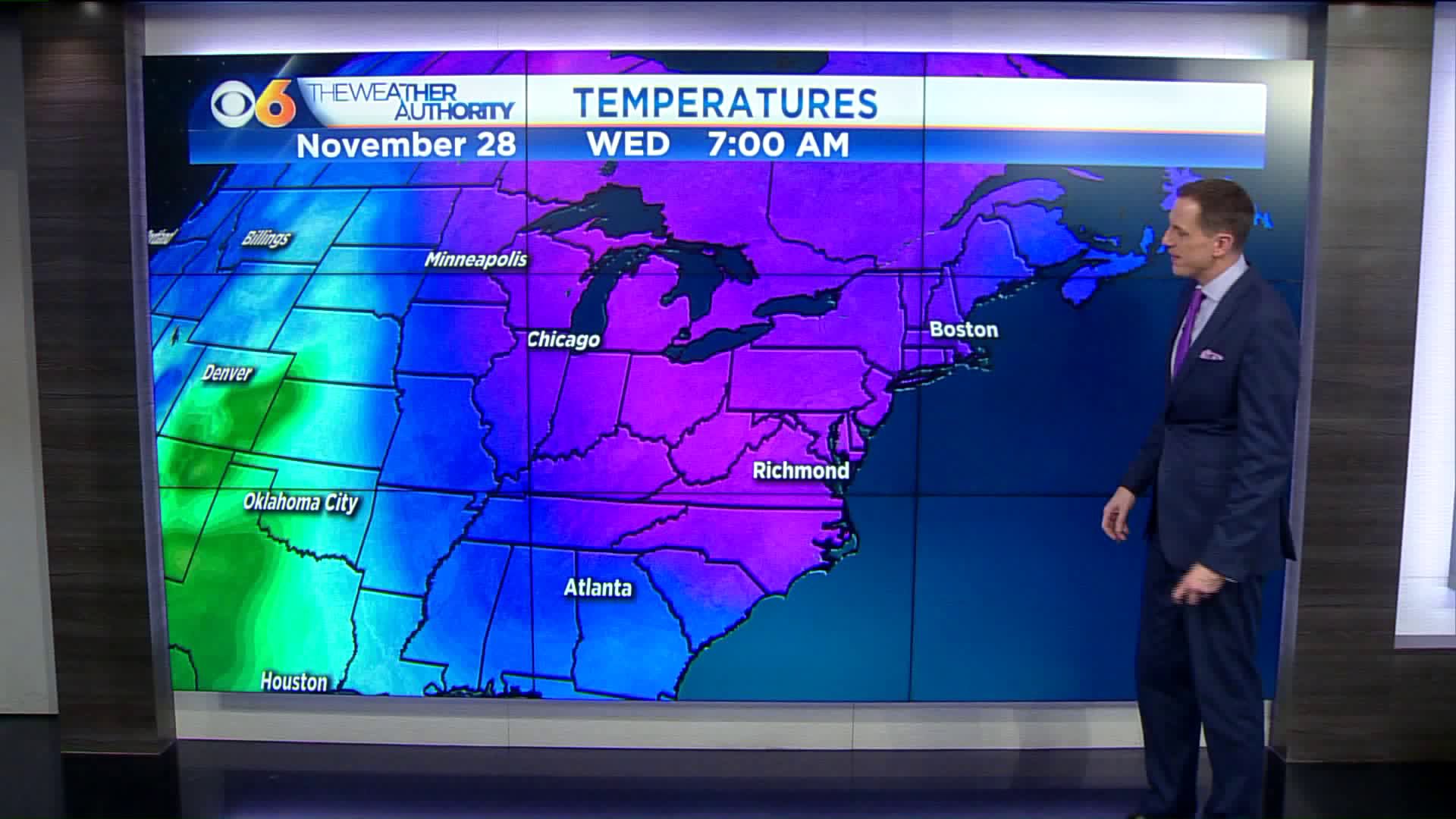 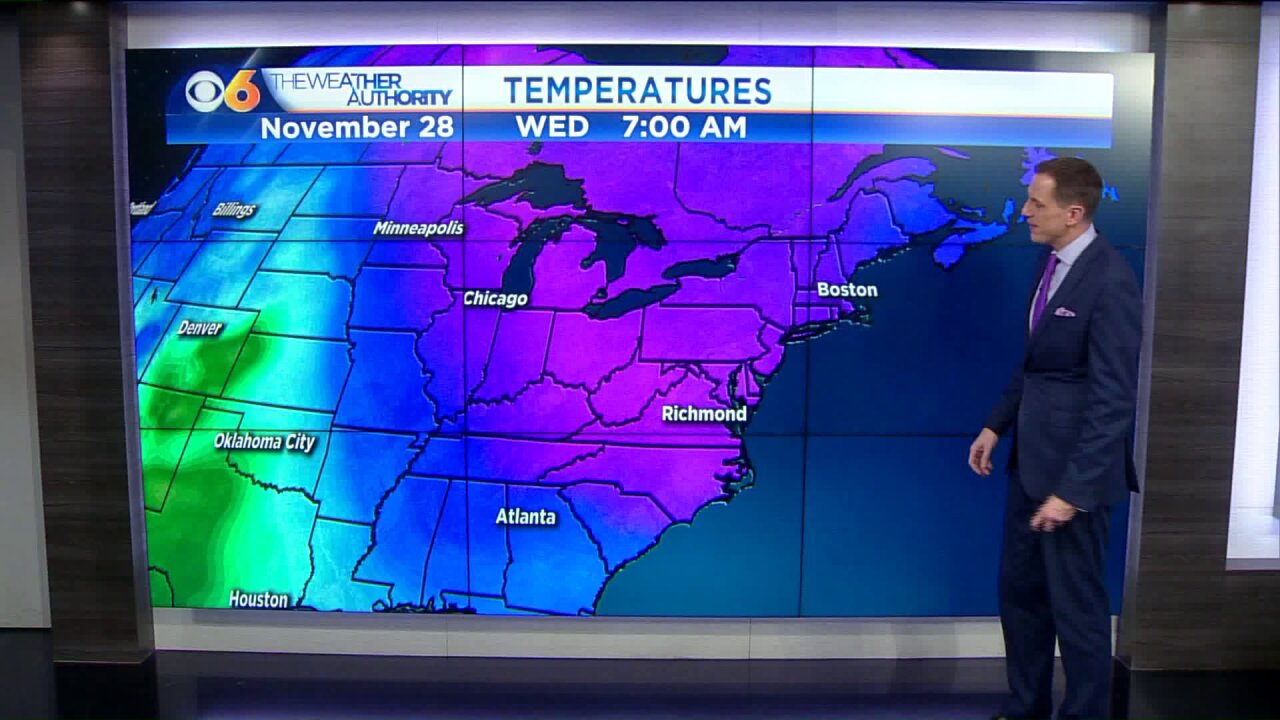 RICHMOND, Va. -- Milder weather will be in place into Monday with highs in the 50s and lower 60s.  A storm system will bring some rain to the area Monday, mostly in the morning in early afternoon. 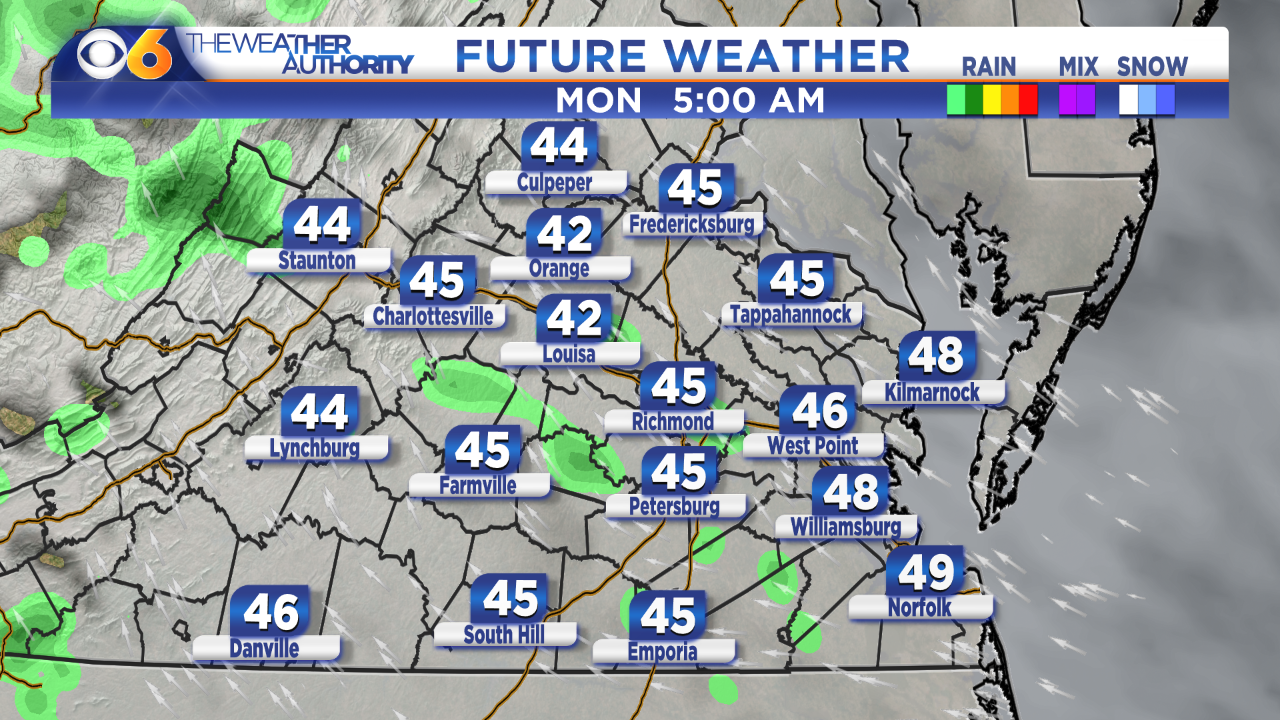 This is the same storm system responsible for heavy snowfall in the Plains up to the Great Lakes.

Monday's rainfall will not be heavy.  Saturday's storm boosted the yearly rain total for Richmond up to 60", which is about 20" above normal.

This is now the fourth wettest year on record.  We will likely make it into the number two spot by the end of December.

After a cold front passes Monday, we will have more cold air for much of the week with highs in the 40s and lows in the 20s.

Milder air will return by the end of next weekend, but more chilly air is on tap for next week.