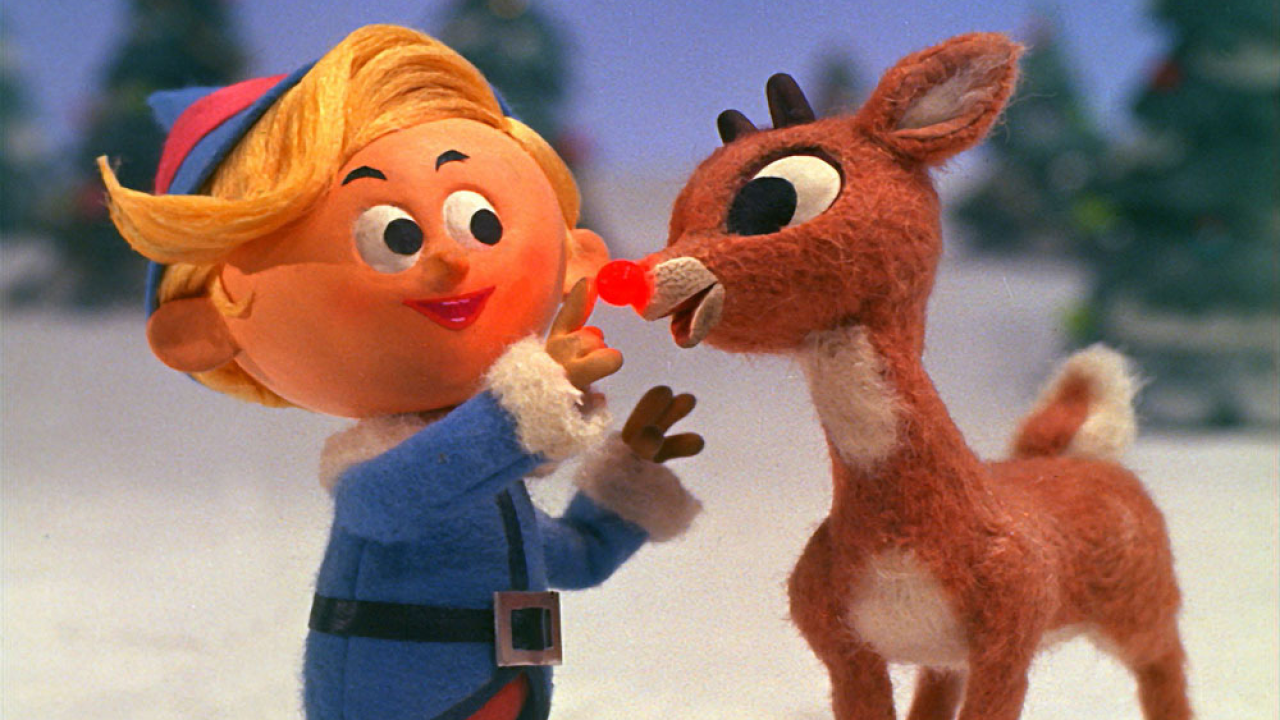 It's the most wonderful time of the year, and nothing makes us happier than holiday classics.

Here's the full schedule that's set to broadcast on CBS.

Frosty The Snowman
8 p.m.
Frosty, that "jolly, happy soul" whose old silk hat full of magic has turned him into a musical Christmas legend, once again demonstrates his unique showmanship. Narrated by Jimmy Durante, the special also includes the voices of Jackie Vernon (as Frosty) and Billy De Wolfe (as Professor Hinkle).

Frosty Returns
8:30 p.m.
The magic still in his old silk hat, the holiday season's perennially popular original dancing snowman continues his adventure and skates on the edge of danger. Jonathan Winters is the narrator with John Goodman as the voice of Frosty.

Robbie The Reindeer: Hooves Of Fire
8 p.m.
In this animated special, Robbie (voiced by Ben Stiller) must train to compete in the Reindeer Races to become a part of the sleigh team for Santa (voiced by Jim Belushi).

Robbie The Reindeer: Legend Of The Lost Tribe
8:30 p.m.
In the second of two 30-minute specials, Robbie battles Blitzen (voiced by Hugh Grant) in an effort to stop his nemesis’ launch of a reindeer theme park. Britney Spears, James Woods, Leah Remini, and Jerry Stiller are among the additional stars to lend their voices.

The Story Of Santa Claus
9 p.m.
This animated musical holiday special revolves around a gentle toymaker (voiced by Ed Asner) whose only wish is to deliver a toy to every child on Christmas. The voices of Betty White and Tim Curry are also featured.

Rudolph The Red-Nosed Reindeer
8 p.m.
Narrated by Burl Ives, who is also heard as the voice of Sam the Snowman, this favorite is a music story based on the popular song of the same name by Johnny Marks. It recounts the tale of a shy reindeer whose Christmas spirit is dampened because his shiny nose has made him the laughing stock of all of Christmasville.

Snoopy will lead off the 35th annual Dominion Energy Christmas Parade on Broad Street in Richmond. The parade route is between the Science Museum of Virginia and 7th Street.

Garth: Live At Notre Dame!
8 p.m.
The two-hour broadcast will capture Garth Brooks while he stages the first live concert ever held at the legendary Notre Dame Stadium at the University of Notre Dame in Notre Dame, Indiana. This unique concert experience gives viewers a front-row seat to Garth Brooks' electrifying performance.

I Love Lucy Christmas Special
8 p.m.
Featuring two back-to-back episodes of the classic series I Love Lucy, the colorized "The Christmas Episode" and newly colorized "Pioneer Women." "The Christmas Episode" (first presented in black and white on Christmas Eve, 1956), finds the Ricardos and Mertzes decorating Lucy and Ricky's Christmas tree and reminiscing about how their lives have changed since the arrival of the Ricardos' son, Little Ricky. In "Pioneer Women" (originally aired March 31, 1952), Lucy and Ethel's hopes of joining the posh Society Matrons' League lead to a bet with their husbands over which sex—the men or the women—had it harder living in a bygone era.

The Dick Van Dyke Show—Now In Living Color!
9 p.m.
The two newly colorized back-to-back episodes of this memorable series were selected by series creator Carl Reiner as two of Dick Van Dyke's best episodes. In "Where Did I Come From" (first presented on Jan. 3, 1961), 6-year-old Richie asks his parents the inevitable "where did I come from?" question, and they recall the days before his birth. In "Never Bathe on Saturday" (initially presented on March 31, 1965) the Petries' romantic second honeymoon becomes a disaster when Laura’s toe gets caught in a bath spout.

A Home For The Holidays: The 20th Anniversary
8 p.m.
This two-hour, star-studded holiday special features uplifting stories of adoption from foster care to raise awareness of this important social issue. For two decades, the special has told inspirational stories of adoptive families, enhanced by performances by popular musical artists. This year's performers will be announced at a later date.