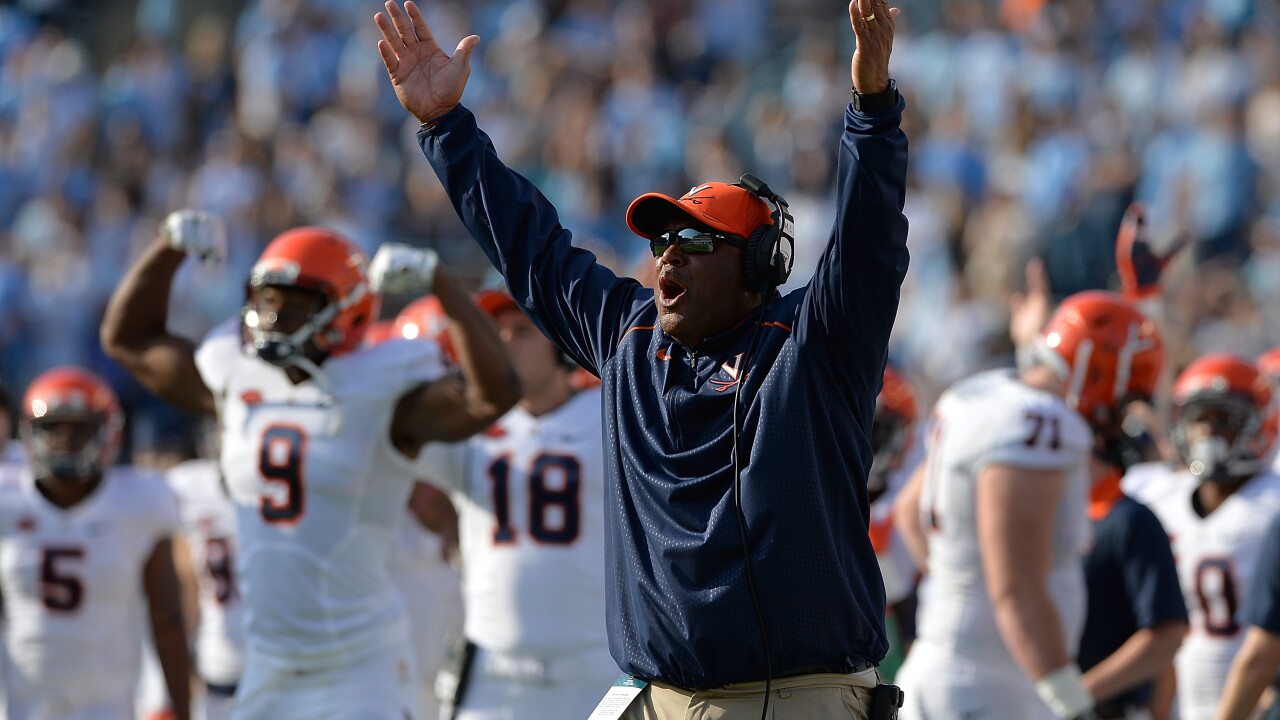 CHAPEL HILL, NC – OCTOBER 24: Head coach Mike London of the Virginia Cavaliers reacts after a touchdown against the North Carolina Tar Heels during their game at Kenan Stadium on October 24, 2015 in Chapel Hill, North Carolina. (Photo by Grant Halverson/Getty Images)

The Hampton native will be the 30th head coach in Tribe history, and it will be his third head coaching stop following stints at Virginia and Richmond.

“I come to William & Mary with a deep appreciation for the university, football program and community,” London said. “I am honored and excited to build on the incredible tradition of excellence Jimmye Laycock established.”

London coached the defensive line under Laycock at William & Mary from 1990-1993. He was also an assistant at Richmond, Boston College and UVA before taking over the Spiders program in 2008.

During his two years as UR head coach, the Spiders won their only national championship in football in 2008. He then went to UVA where he went 27-46 in six years, earning ACC coach of the year honors in 2011 and taking the Cavaliers to the Chik Fil-A bowl.

London has spent the last two seasons as head coach at Howard, compiling a record of 11-10. He earned his undergraduate degree from UR and was a Richmond police detective from 1985-87 before entering coaching.

“This is an exciting day for William & Mary, and we are thrilled to welcome Mike and his family back to Williamsburg,” William & Mary Director of Athletics Samantha K. Huge said. “Mike embodies the values and character that we need to lead our football program forward and he has demonstrated an ability to develop players and win championships over his nearly 30 years in coaching.”

A press conference will be held Tuesday at 1 p.m. to formally introduce London to the William & Mary community.