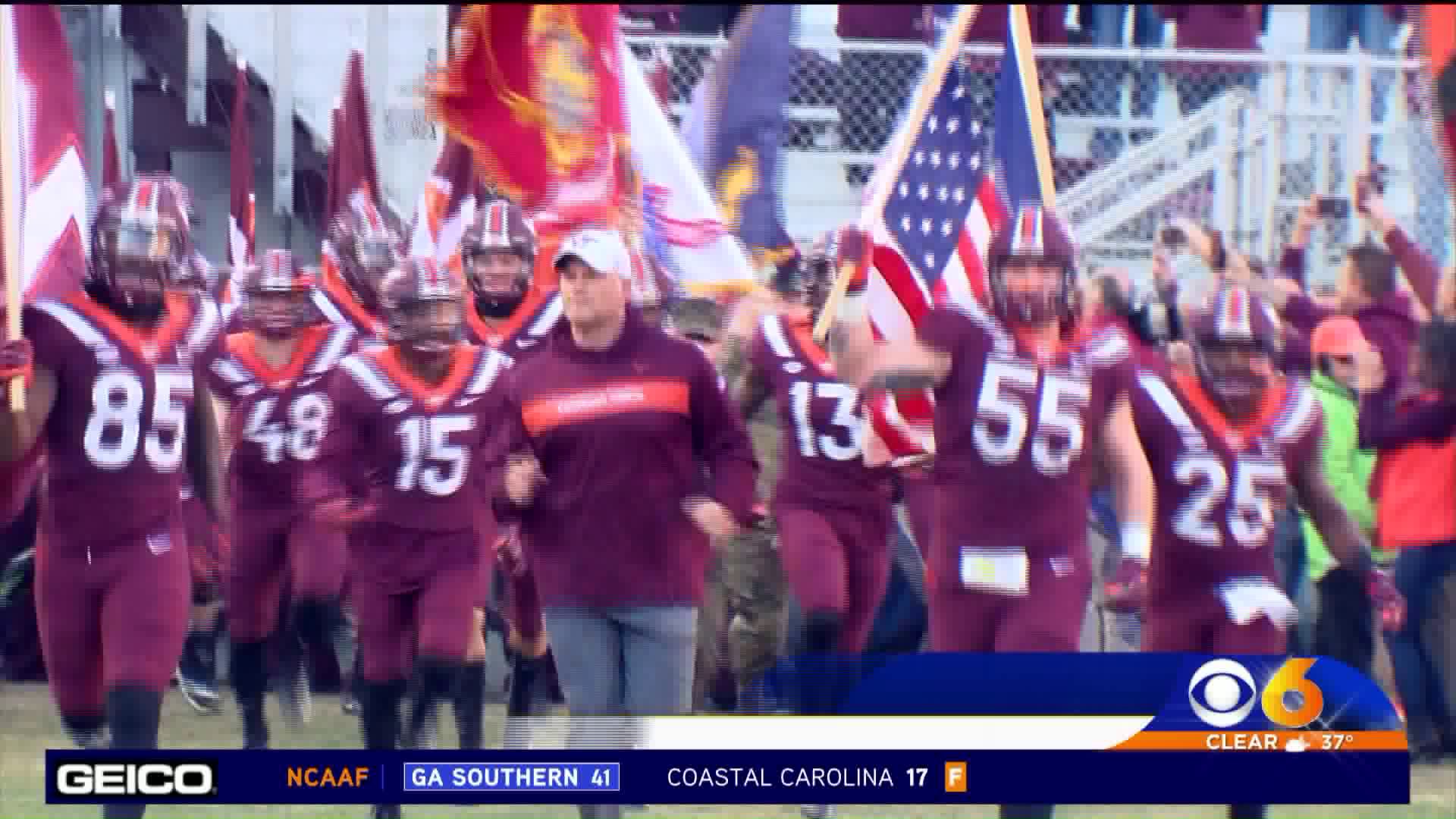 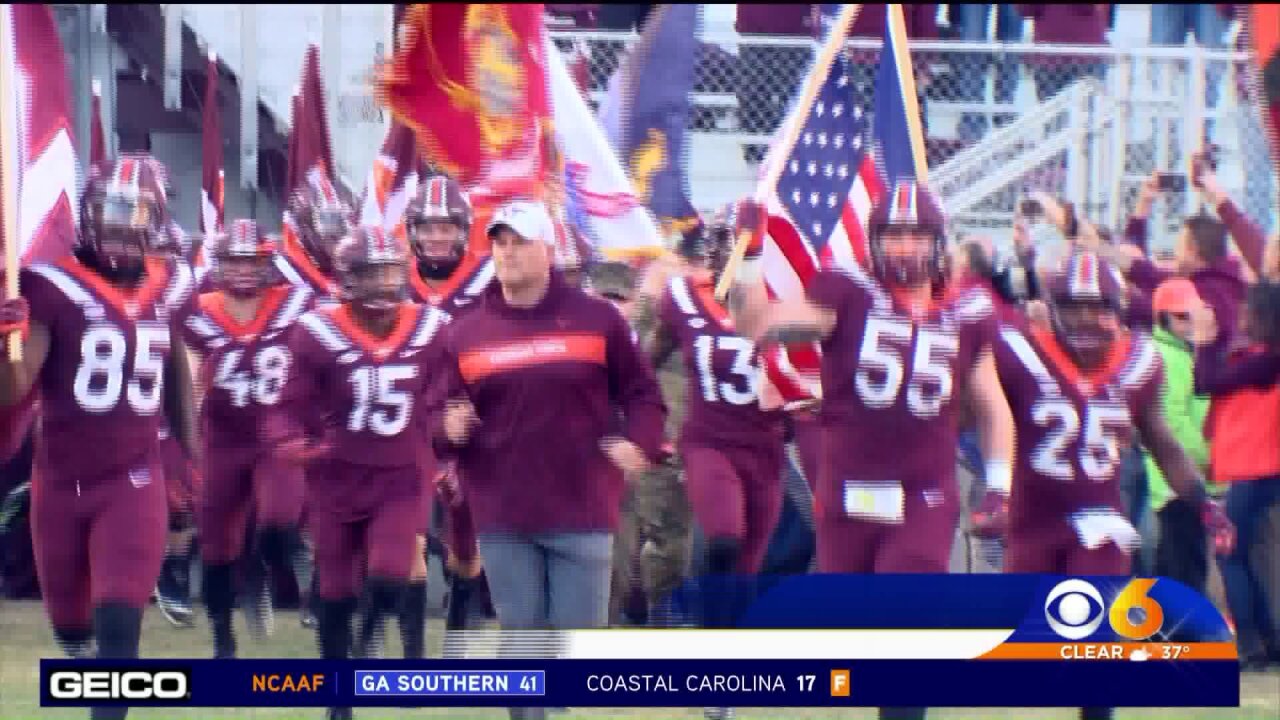 In the latest Football Whiparound sportscast:

Virginia Tech lost to Miami 38-14.  First time the Hokies have ever lost four straight at home.

UVA fell in overtime to Georgia Tech 30-27.  Cavaliers kicker Brian Delaney missed a field goal that would have sent it to a second overtime.

JMU beat Towson 38-17.  The Dukes had three players rushed for over 100 yards for only the second time in school history.

Benedictine fell in the VISAA Division I State Final to Flint Hill 36-14.