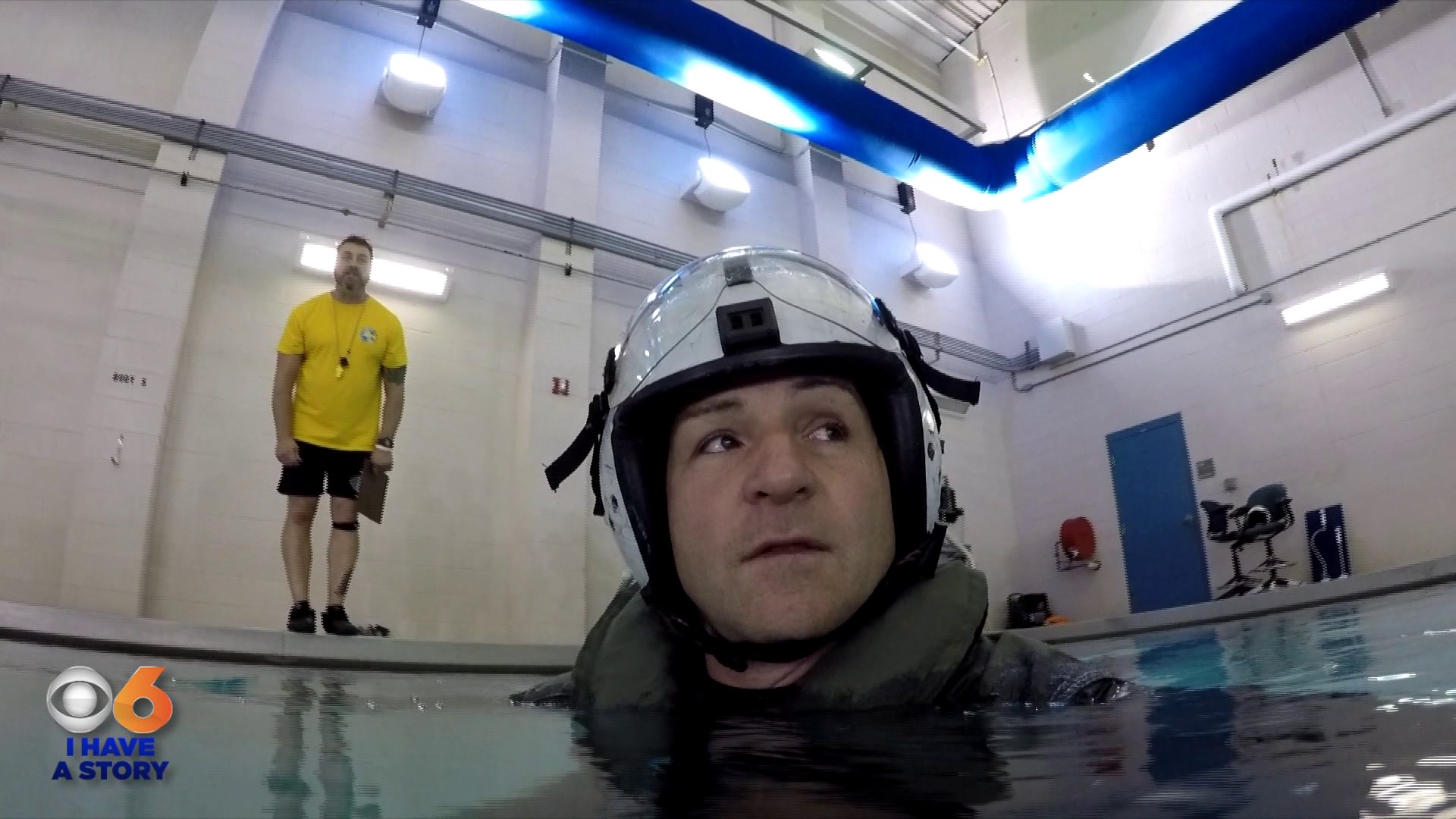 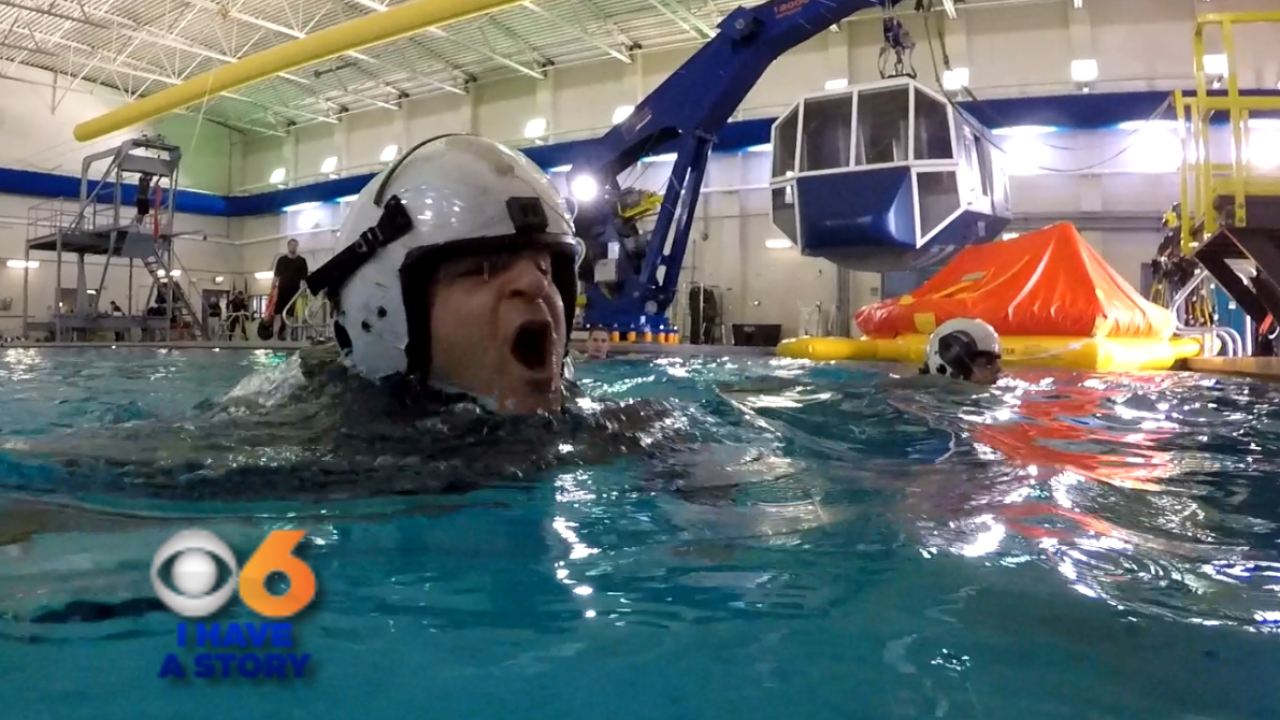 NORFOLK, Va. -- Earning your wings. It’s a lofty goal for any Sailor. From the Super Hornet to the Seahawk. Becoming a Navy aviator takes years of persistence and perfection.

Like other F/A 18 student pilots, Lt. Dan Palmer spends months in the classroom and cockpit. But for the Alexandria native, some of the most taxing training unfolds in a non-descript building at Naval Station Norfolk.

The training happens under the watchful eye of Iraq War veteran Tom Alvarez.

CBS 6 reporter Greg McQuade was invited to take a dip. “Weighted down wearing a flight suit, helmet and boots. It was no Sunday swim. In fact, I struggled.”

“We are here to build confidence. And then make people feel more comfortable in the water,” said Alvaraz.

Pilots also must swim underwater and unlatch windows and attempt this blindfolded was bewildering.

“We get used to walking around with our gear wearing our gear sitting in the helicopter, but it is a different scene when you’re in the water trying to stay afloat,” said Ross.

“It is no joke. It will always win in the end. But we can evade for a little bit. In order us to be rescued,” stated Alvaraz.

One of the most challenging tests is what’s called The Dunker.

A machine with a reputation. If you’re claustrophobic or get motion sick, it’s not the place for you. The Dunker plunges visitors into the depths of the pool and turns you upside down. All while you’re buckled in.

“The longer you can remain calm and think. The prolonged time you have to save yourself,” explained Alvaraz.

Outlasting the Dunker is one giant step toward earning your wings, but most importantly a lesson in survival.

“You all did pretty well for the first time. It’s a completely new experience. You’re not used to being underwater. But if you take your time. Solve your problems. You did fantastic,” said Alvaraz.

There are eight Aviation Survival Training Centers across the nation including the one we visited at Naval Station Norfolk. Navy aviators must renew their Swim Survival skills every four years to remain in the air. One sailor told me that enduring the tests is like going to the dentist and having your teeth pulled.