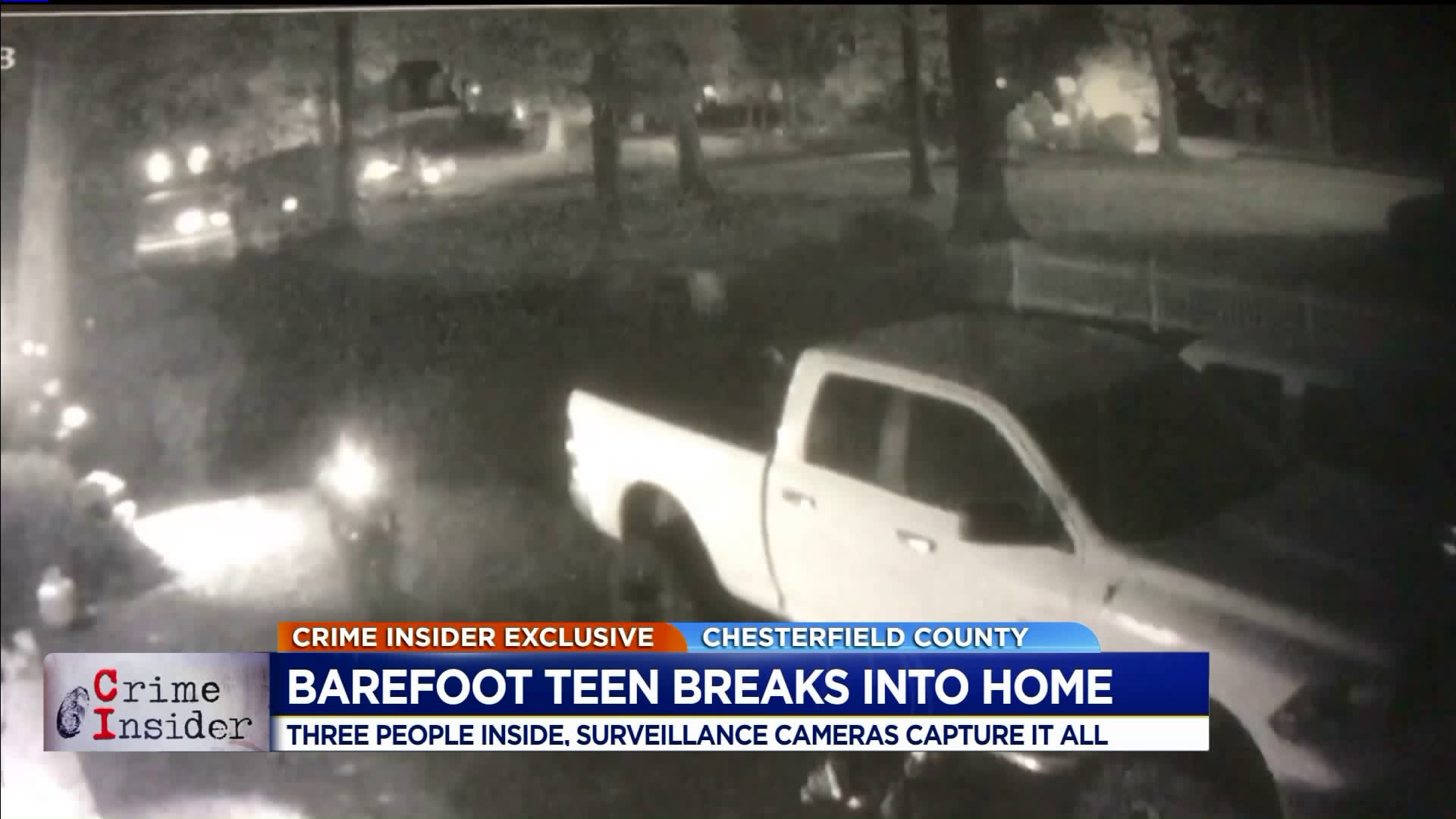 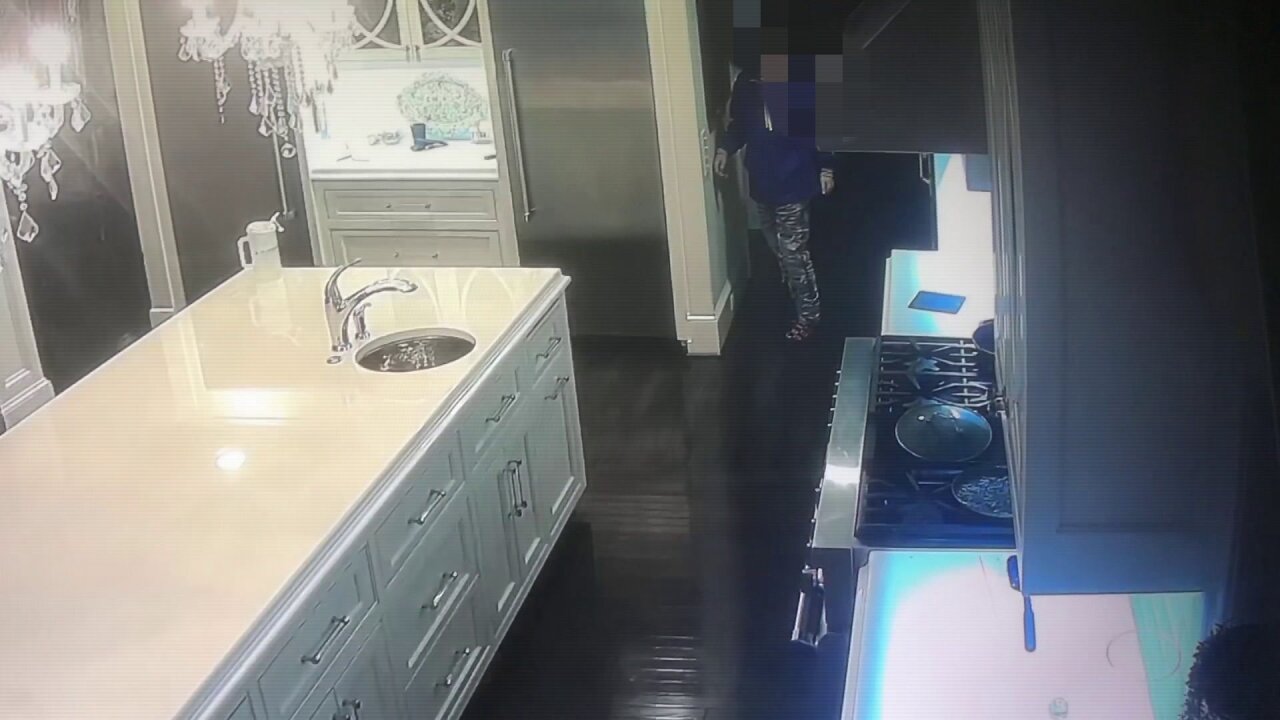 CHESTERFIELD, Va. -- The terror in the teenage girl’s voice is evident as she realizes a classmate from Midlothian High may be the one in her home, uninvited.

The teen's voice is heard on surveillance video asking, “Why's he in my house?”

The incident, which was captured on home surveillance video, happened Tuesday night at a home in the Salisbury neighborhood.

"My daughter happened to see a shadow when she came down to say goodnight," said Jeff Musser. He said it was enough to get him up off the couch and to investigate.

"The brazenness of it is what was so amazing," Musser said.

Later, while reviewing surveillance with Chesterfield Police, Musser could see the 14-year-old boy creep in and peek around the corner.

As he watched him in his family room, Musser noticed his shoes were off.

"He had taken his shows off at the garage door, walking around in his socks. Tiptoeing."

The video also revealed the boy rummaging through Musser’s trucks for around twenty minutes, even lighting up for a smoke break before hitting the house.

"Watch what your kids are doing, who they are hanging out with,” said Musser. “I mean, you can tell when somebody's doing drugs, alcohol. If you are a good parent you are gonna notice those things and do something about it. I feel for this kid. He needs help."

Chesterfield Police took the teen away in cuffs from the Salisbury home.

Crime Insider sources tell Jon Burkett that there are several felony petitions for him and they believe he may be the same teen involved in gun thefts in the neighborhood.

Musser, who sells home security cameras for a living, says the troubled teen picked the wrong home to mess with and was caught from a few different angles in the act of several crimes.

"I've been in this business for 34 years. Put many of cameras up. Never had to use them myself, but have seen other people use them to fight crime,” said Musser.

Musser found a GPS in his house that didn't look familiar, so he hit the home button and the house across the street came up. Crime Insider sources believe the teen was going through the neighborhood, stuffing valuables in his backpack.