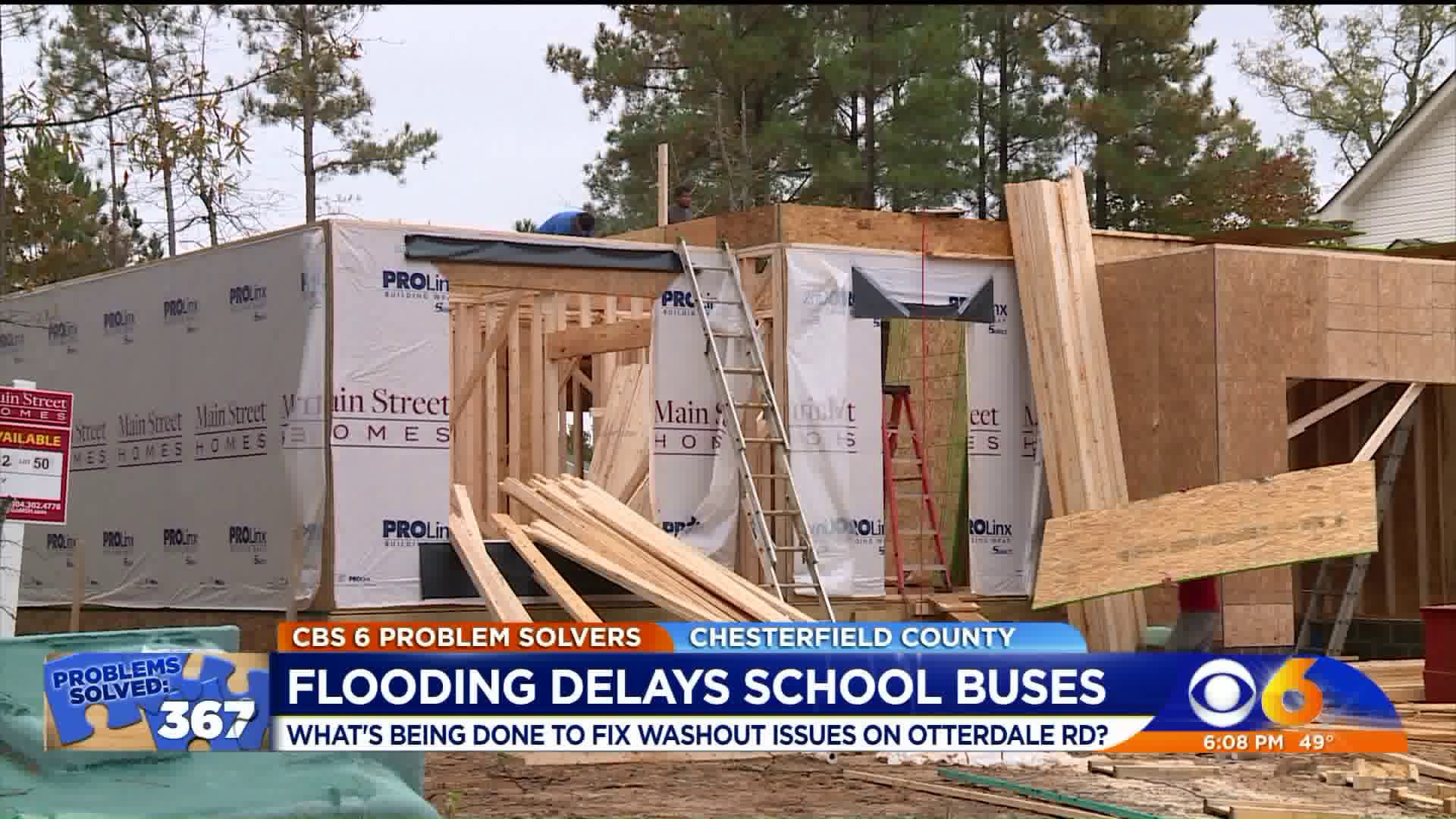 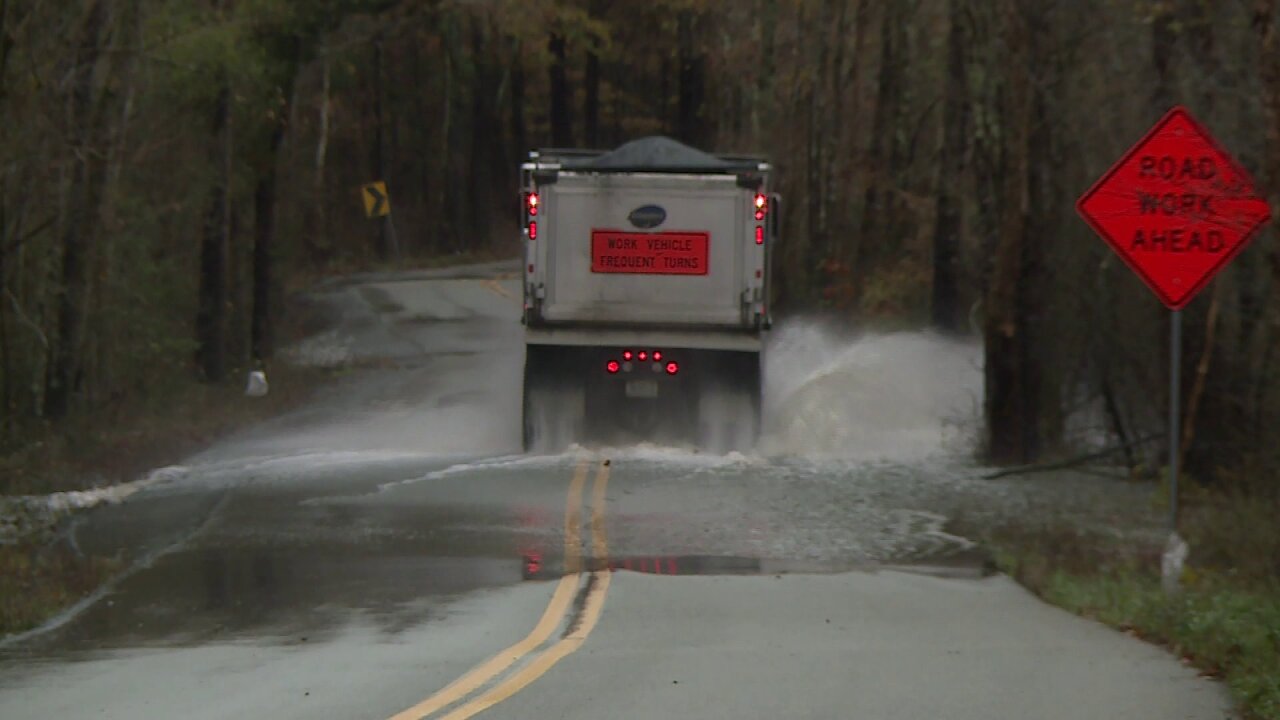 CHESTERFIELD COUNTY, Va. -- Flooding has been a continuous problem on Otterdale Road in Mosley.

“It makes me a little bit worried because if there is a medical emergency, first responders can’t get in here. We have policemen in the neighborhood and they are concerned,” Mosley resident, Leslie Terry explained.

In October, Chesterfield authorities had to use a canoe to rescue a driver after rushing water spun their car around and slammed it into a guardrail.

Tuesday, some Chesterfield County school buses were delayed because they could not get to the other side of Otterdale Road.

VDOT records show that traffic on Otterdale Road is about four times more than it was one decade ago.

Terry says the houses are being built fast in Chesterfield, but the county infrastructure is not keeping up.

“Summer Lake is building all over. We’re building in here, Fox Creek is building, and it's affecting all these people, it’s a scary situation,” Terry added.

“I know the counties are struggling with money issues and budgets and stuff like that. Well make the developers or the builders put money into a coffer, so these things can be fixed because it’s dangerous, it’s really dangerous,” said Terry.

County officials say they are currently assessing the area to come up with potential solutions.

VDOT tells CBS 6 they are working with the county to come up with solutions.

“It won’t be an overnight fix, it has to go through a lot of assessments and decision making,” explained VDOT spokesperson Bethany Glover.

Meanwhile, families who live in the area are wading through the water, waiting for a change.