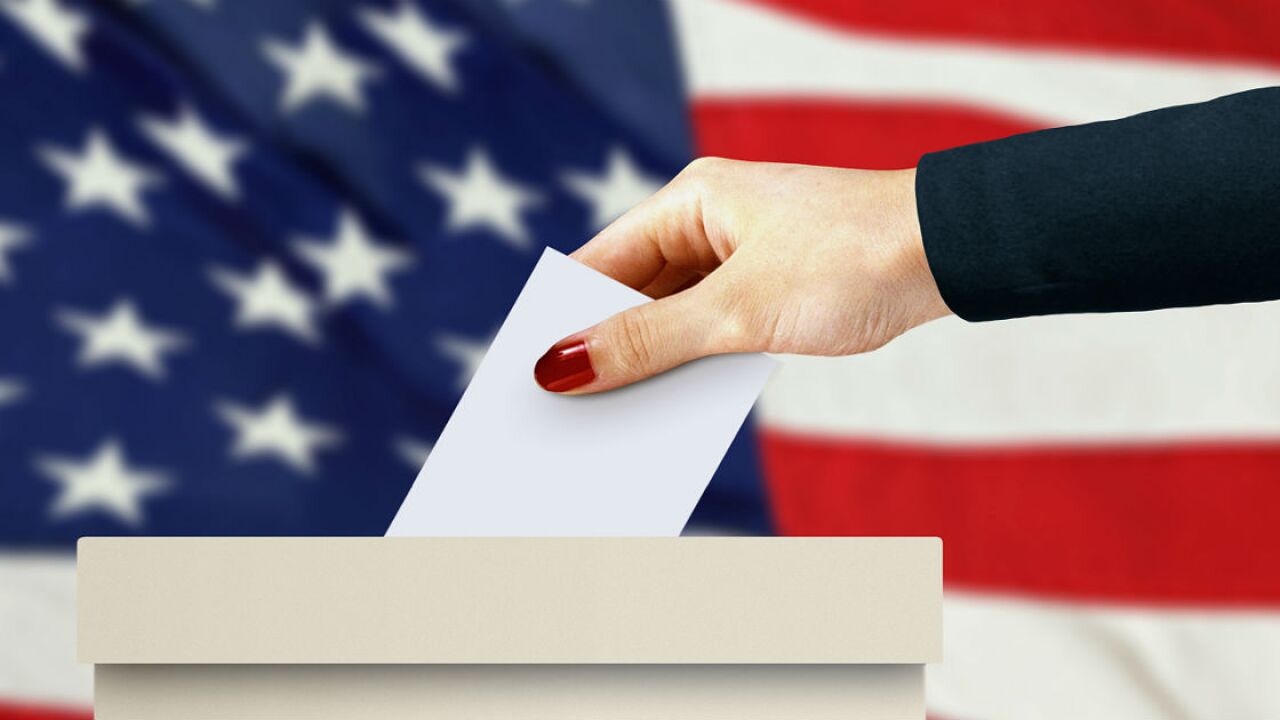 Democrats will win control of the House of Representatives in Tuesday’s 2018 midterm elections, CNN projects.

The outcome is a significant victory for Democrats after the party was locked out of power in Washington following the 2016 presidential election. It deals a major blow to Republicans who will lose their majority in the lower chamber and is a significant setback for President Donald Trump’s agenda in Congress.

Democratic leader Nancy Pelosi celebrated the win on Tuesday night at an event in Washington, DC. “Women and men mobilized in historic numbers who saw what this GOP Congress was doing and refused to stand still,” Pelosi said, adding, “Tomorrow will be a new day in America.”

Drew Hammill, an aide to Pelosi, tweeted Tuesday evening that the President called Pelosi at 11:45 p.m. ET “to extend his congratulations on winning a Democratic House Majority.”

Capitol Hill will now have divided party control after Republicans maintained control of the Senate, according to CNN’s projection. That could lead to more gridlock and clashes between the two chambers or it could force the two parties to find common ground.

While a Democratic victory was far from guaranteed, the party had been viewed as a slight favorite to win the House on Election Day.

Under a Democratic-controlled House, Democrats will have more authority and fewer constraints on their ability to exercise oversight of the Trump administration and could launch investigations into the President’s finances, including going after his tax returns, as well as ramp up a probe into the possibility that the Trump campaign colluded with the Russian government to win the White House, which Trump has denied.

Discussion about the possibility of impeaching the President is also likely to grow louder in a Democratic-controlled House, despite the fact that Democratic congressional leaders have tried to tamp down on speculation that the party might pursue impeachment — at least at this point. Even if the House were to move to impeach the President, Republicans could thwart an effort to remove the President from office in the Senate which requires a two-thirds vote in the upper chamber.

On Tuesday evening, Pelosi pledged that a Democratic House will act as a check on the White House and Republicans in Washington.

“Today is more than about Democrats and Republicans,” she said. “It’s about restoring the Constitution’s checks and balances to the Trump administration. It’s about stopping the GOP and Mitch McConnell’s assault on Medicare, Medicaid, the Affordable Care Act and the health care of 130 million Americans living with pre-existing medical conditions.”

Pelosi previewed the kind of policies Democrats will try to advance in the next Congress, though any legislative agenda could be blocked in the Senate and by the President’s veto pen. “Democrats pledge a Congress that works for the people,” she said, vowing that the party would work to lower the cost of health care, raise wages and “clean up corruption to make Washington work for all Americans.”

Attention will now quickly shift to the question of who will lead the party. Pelosi has said she plans to run for House speaker if Democrats flip the House, but she has also said she views herself as “a transitional figure,” fueling speculation about who will one day succeed her and whether she could face a challenge in her bid for the top spot in leadership in a new Congress.

When Pelosi spoke at a Democratic victory party on Tuesday night, she took the stage to chants of “Speaker!”

Rep. Tim Ryan of Ohio, who challenged Pelosi unsuccessfully in 2016, has left the door open to the possibility of challenging the Democratic leader again, while others are mulling a bid only if Pelosi steps aside or if she were to be defeated in a run for speaker. House Democrats are set to hold their leadership elections the week after Thanksgiving.

On the Republican side, there will be also be a leadership contest as House Speaker Paul Ryan has announced he would not seek re-election. House Majority Leader Kevin McCarthy is viewed as the favorite to succeed Ryan and has already been endorsed by the outgoing speaker. House Majority Whip Steve Scalise may also be interested in climbing the GOP leadership ranks though he has said he would not challenge McCarthy in a race for speaker. GOP House leadership elections are on track to take place the week after the midterm elections.

Rep. Jim Jordan, a co-founder of the House Freedom Caucus — thought to be the most conservative voting bloc in the House — launched his own bid for speaker and has been expected to run for leadership even in the event that Democrats won the House. Jordan, often seen as a conservative agitator in the House, is considered a long shot for a leadership post.

Throughout the midterm elections, Republicans had been worried that Democrats would take the House as a so-called “green wave” of money flowed to Democratic candidates in the final weeks before the midterms. Fundraising reports from the third quarter of 2018 cemented those fears as Democrats outraised Republican opponents in competitive House races.

Trump ramped up efforts to campaign on behalf of vulnerable GOP candidates in the run up to the midterms. The President framed the election as a choice between what he has described as Republican law and order and a Democratic “mob” and spoke extensively about immigration and securing the border in the final days of the fall campaign season.

Democrats, meanwhile, prioritized a different message in the midterms and heavily emphasized promises to safeguard health care for voters, including protecting individuals with pre-existing conditions.