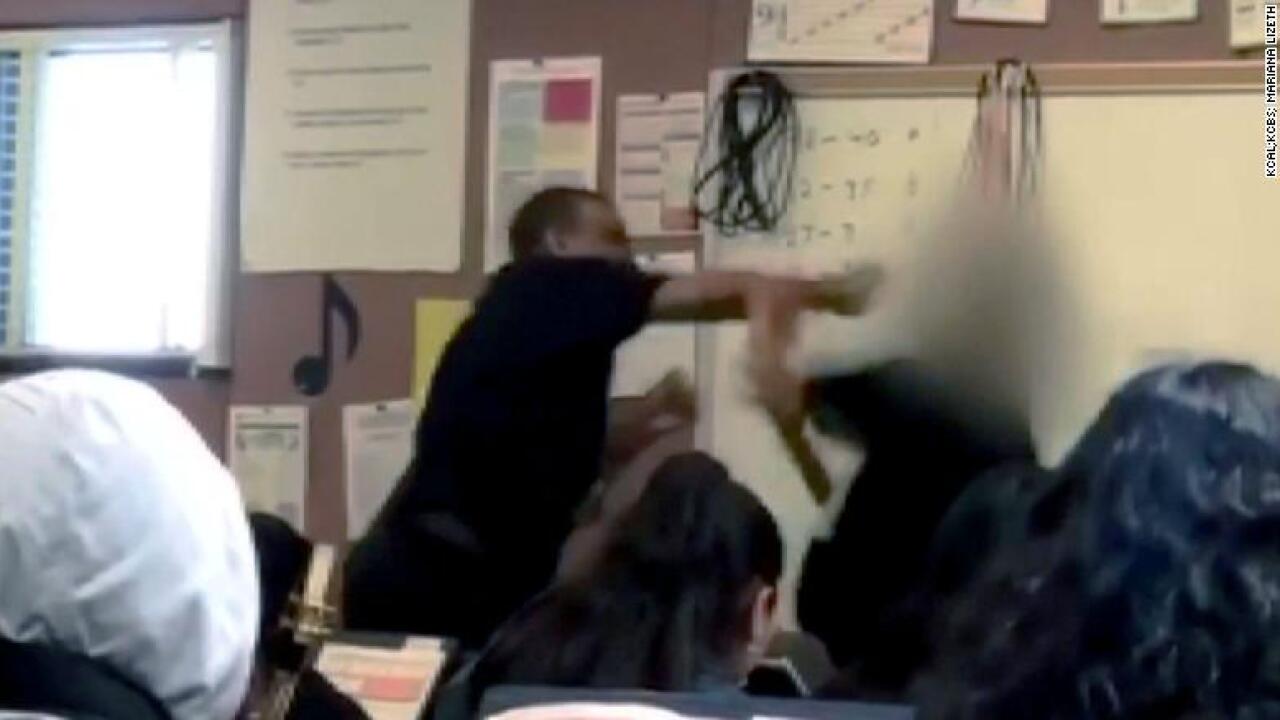 A teacher and student at a southeast Los Angeles, California, high school came to blows Friday afternoon, and it was all caught on video.

The footage from CNN affiliates KTLA-TV and KCAL shows Maywood Academy High School music teacher Marston Riley, 64, standing face to face with a 14-year-old boy at the front of a classroom when Riley punches him. It’s at this point the two begin exchanging punches. The boy wound up on the ground wrapping his arms around Riley’s leg. Riley, at this point, repeatedly punches him.

The brawl ends with students and what appears to be a campus resource officer trying to separate the two, but Riley continues to pursue the student. It is not clear when the short video started and if it caught the entire exchange.

Students told KTLA the fight began after Riley asked the student to leave the class because he wasn’t wearing the proper uniform. The boy refused, students said, and the video shows him shouting profanity and a racial slur at Riley, who is black.

The boy, who has not been identified, was taken to a local hospital where he was treated for moderate injuries and later released, according to a news release from the Los Angeles County Sheriff’s Department. Riley was arrested on charges of child abuse, the release said. He posted bond and was released Saturday. Riley has an arraignment scheduled for November 30.

CNN has reached out to Riley, but has not heard back.

“We are extremely disturbed by the reports of the events that occurred at Maywood Academy High School,” the Los Angeles Unified School District said in a statement. “We take this matter very seriously and do not condone violence or intolerance of any kind. Los Angeles Unified is cooperating with law enforcement in investigating this incident. Crisis counselors and additional School Police patrols will be at the school on Monday to support our students and staff.”