Meet Libertarian Virginia senate candidate Matt Waters: ‘Politicians in both parties are not being honest’ 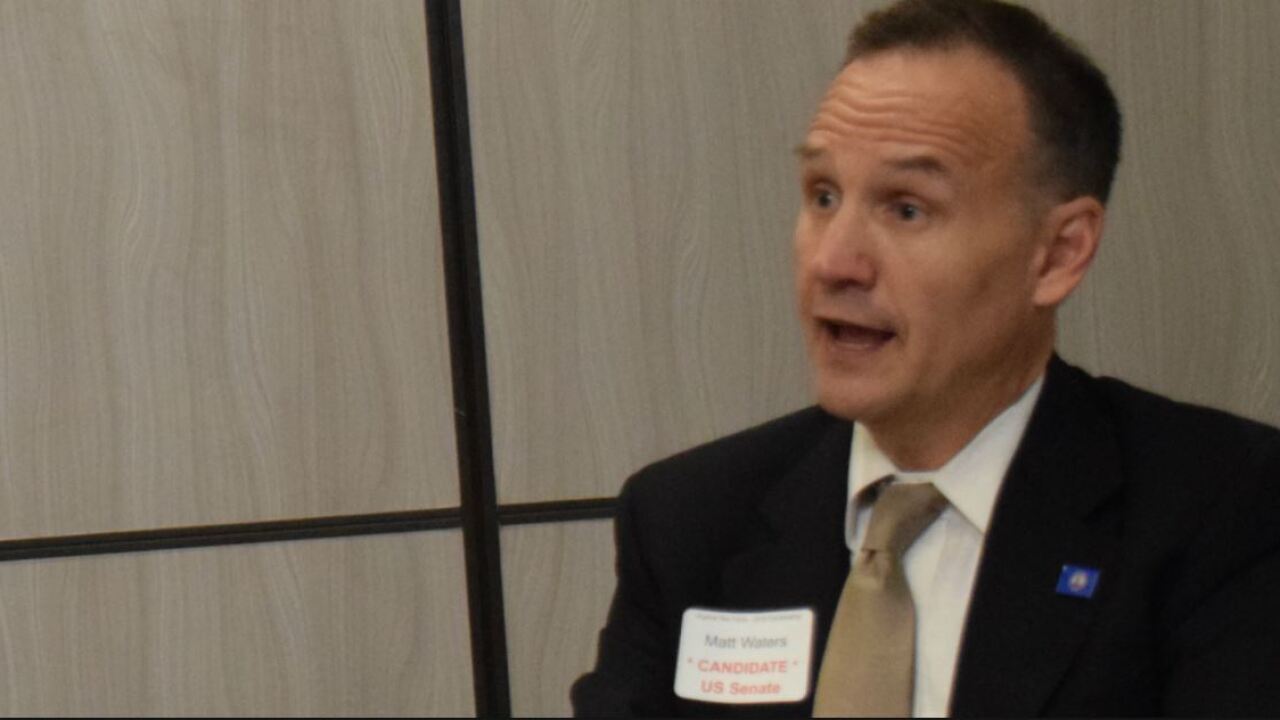 RICHMOND, Va. — Virginia’s Libertarian candidate for the U.S. Senate Matt Waters put the national debt front and center of his campaign, signaled by a live debt counter at the top of his campaign website.

Waters, a self-employed fundraising CEO from Alexandria, joined the race against incumbent Democrat Tim Kaine and Republican Corey Stewart because he was worried about federal spending.

“I’ve always been concerned about the direction of the country, and I just think that politicians in both parties are not being honest with the American people about where we are,” Waters said. “We’re spending $600 million a year to pay interest on the debt right now in our federal budget. If my wife and I were doing that, [we’d] be in jail.”

Waters said the federal government has taken on too much — more than U.S. citizens can or should expect it to take on. Not only are private corporations more efficient, he said, but they are not burdening ordinary people with costly regulations and requirements.

“We have to take personal responsibility for our lives, for our family, for education, our retirement, where we bank, how we invest,” Waters said. “The government can’t do all those things.”

Waters said his conversations with voters on the campaign trail have been productive. Many like that he is independent. The burden of proof is on third-party candidates to prove they have new, fresh ideas, since they do not benefit from the traditional two-party system, Waters said.

Jayne Harding, an adjunct professor of mass communications at Virginia Commonwealth University, said she would consider choosing a candidate who was neither a Republican nor a Democrat.

“I do think we need less government involvement,” Harding said. “I don’t think the government needs to make every decision for me. I would be open to seeing something different. Because of the terrible chasm created by the two major parties … I would think people would probably be more open to a third party at this point in time.”

Coleman Jennings, a registered voter, said that the idea of the Libertarian Party as a major player in the government does not seem too far-fetched, but it could take time.

“I know nothing about the Libertarian Party except they are for small government,” Jennings said. “I’m all for more parties and more choices — though I feel like it’s going to be a while before we see a third party gain any sort of steam, just because America is either you’re right [wing] or left [wing].”

Travis Evans, a voting registration organizer, disagrees with some Libertarian Party ideas, including the idea of having no taxation.

“I understand their position on limited government or no taxation; however, the idea sounds better on paper versus practicality,” Evans said. “Everyone says they don’t want government involvement, but how are you going to finance natural disaster efforts, or when a war erupts, or when the economy collapses?”

Lawrence Jones III, a registered voter, worries about what libertarian policies could mean for U.S. citizens.

“I know the Libertarian Party does not like the idea of a centralized government and they tend to have some common viewpoints from both Democratic and Republican parties,” Jones said. “I feel like a government is important to have established. Without it, it could cause potential chaos.”

Waters said that all political parties — and Americans — do care about America. They simply differ on how the country should run.

“It’s really nice to see people who really care about this country, and the left and right do. And so does the Green Party, the Libertarians, the Progressives,” Waters said. “We all care about the country; we just have different ways of looking at it. It’d be nice to sit down some time.”

By Deanna Davison and Kevin Sontag (Special to WTVR.com)