7-year-old convinces town to change its name for Halloween 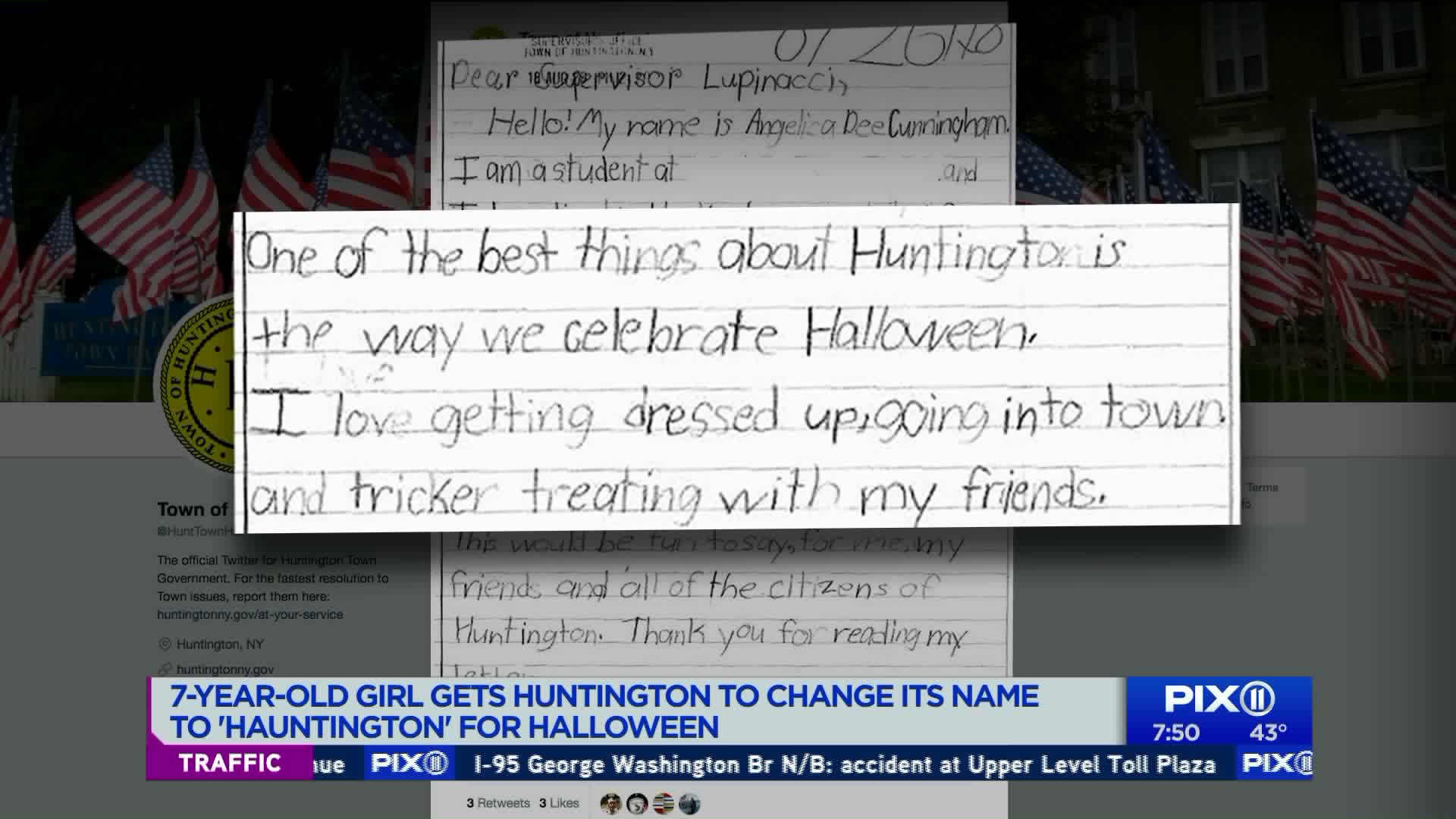 A 7-year-old's wish is coming true after she wrote a letter to the city of Huntington, asking officials to change the name to 'Hauntington' for Halloween.

NEW YORK — In the spirit of Halloween, the New York town of Huntington will change its name to "Hauntington" for one day on Oct. 31 and every Halloween moving forward.

It’s all thanks to the creative thinking of 7-year-old resident Angelica Dee Cunningham. The second-grader was in the car with her parents when she told them of her idea. They suggested she write to the town.

"One of the best things about Huntington is the way we celebrate Halloween. I love getting dressed up, going into town and tricker treating (sic) with my friends," Angelica wrote in a handwritten letter to town supervisor Chad Lupinacci.

“I think this October, Huntington should officially be called 'Hauntington.' This would be fun to say, for me, my friends and all the citizens of Huntington." She signed it "Sincerely, Angelica."

Angelica and her family didn’t think anything of it until they received word that her suggestion was approved unanimously at a recent board meeting. Angelica was recognized in front of her fellow students at Washington Primary School by Supervisor Lupinacci, Tuesday at noon.