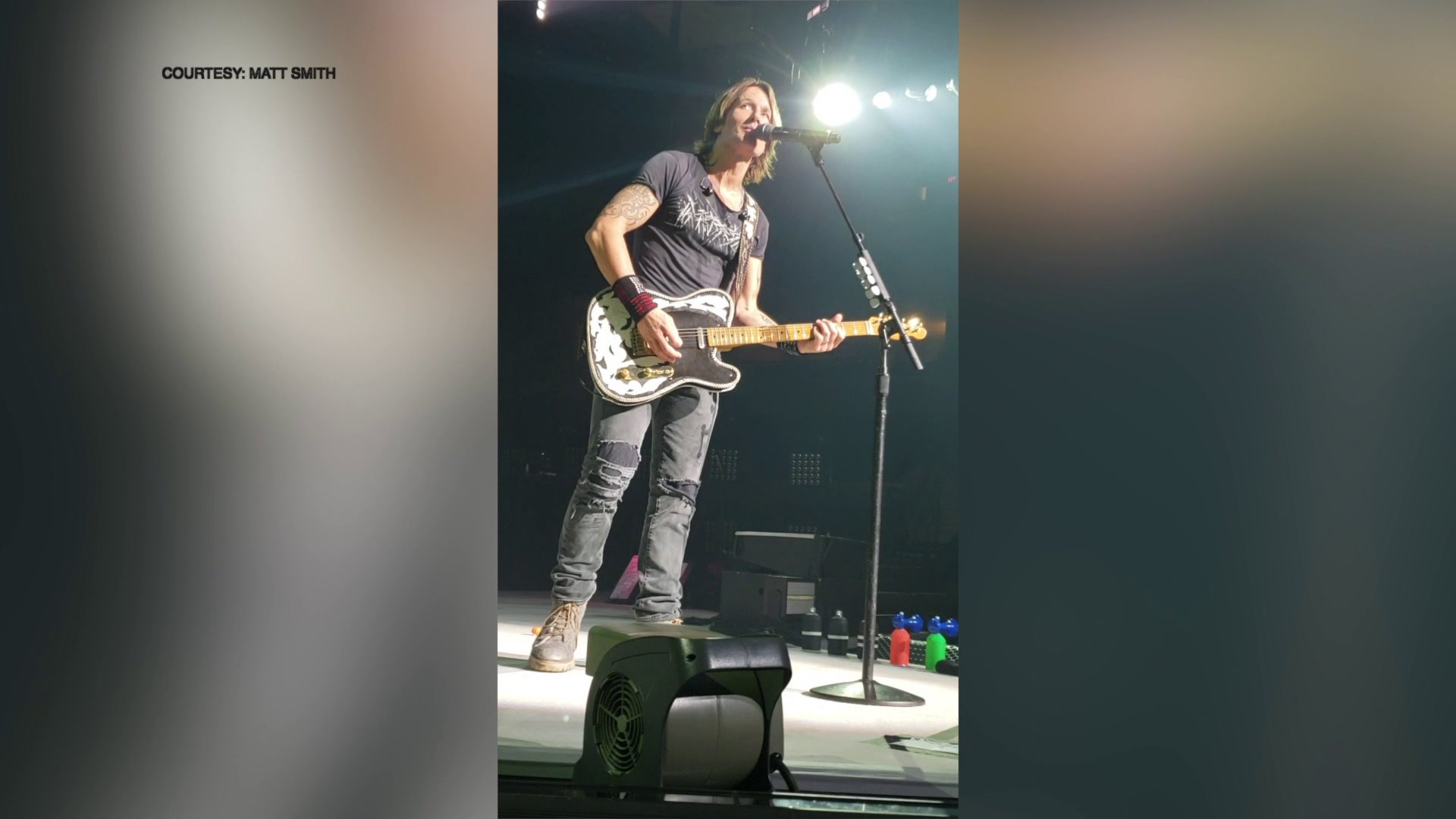 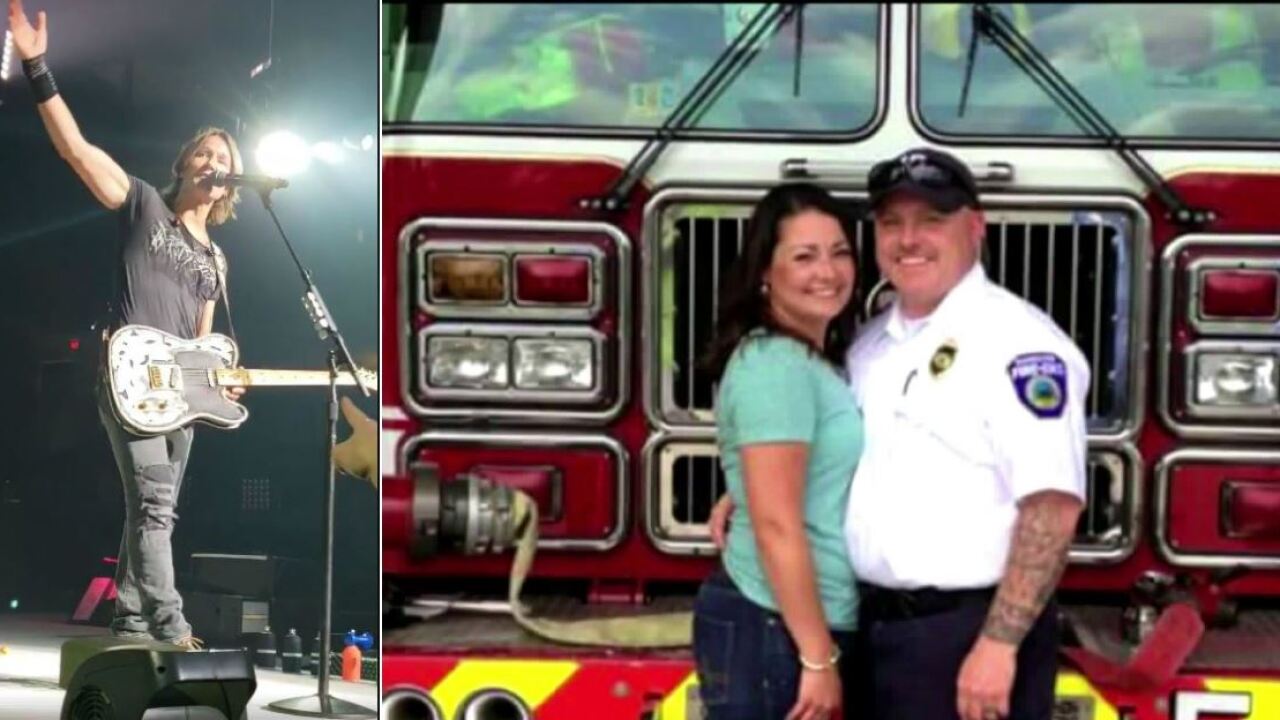 CHARLOTTESVILLE, Va. -- Country music superstar Keith Urban dedicated his Sunday night concert in Charlottesville to Hanover firefighter Lt. Brad Clark. Clark was killed earlier this month on Interstate 295 when a tractor trailer ran into his firetruck, while he and other firefighters helped victims in another crash during Tropical Storm Michael.

"I want to make a special dedication tonight to a brother of all of you guys who lost his life," Urban said before performing "But For the Grace of God" during the show. "Lt. Brad Clark, from Mechanicsville, Virginia. His dad is here tonight. And I want to dedicate this show tonight to him."

Urban learned of Clark's life and untimely death from one of the fallen firefighter's old classmates Matt Smith.

Smith and Clark attended elementary, middle, and high schools together in Hanover.

Smith and his wife were celebrating their anniversary at Urban's show and had an opportunity to meet the singer before the performance.

Another classmate, who knew Clark's father was going to be in attendance, suggested Smith ask Urban to make the dedication.

"He was great, very personable," Smith said of Urban. "As we were getting ready to take a photo, I told him about [Brad Clark] who was killed during the hurricane and that his father was in the audience."

When Urban came out to perform, Smith said he noticed notes about Clark printed along Urban's set list.

After speaking with Brad Clark's friend Matt Smith, @KeithUrban made sure to dedicate his Virginia concert to the fallen Hanover firefighter https://t.co/ilRHzAjjj4 via @cbs6 pic.twitter.com/UxiWYuDxba

"You know how sometimes you'll meet a celebrity and you'll know they're just passing the time [talking to you]," Smith said. "It did not feel that way at all with Keith. He wanted to spend two minutes min talking to you."