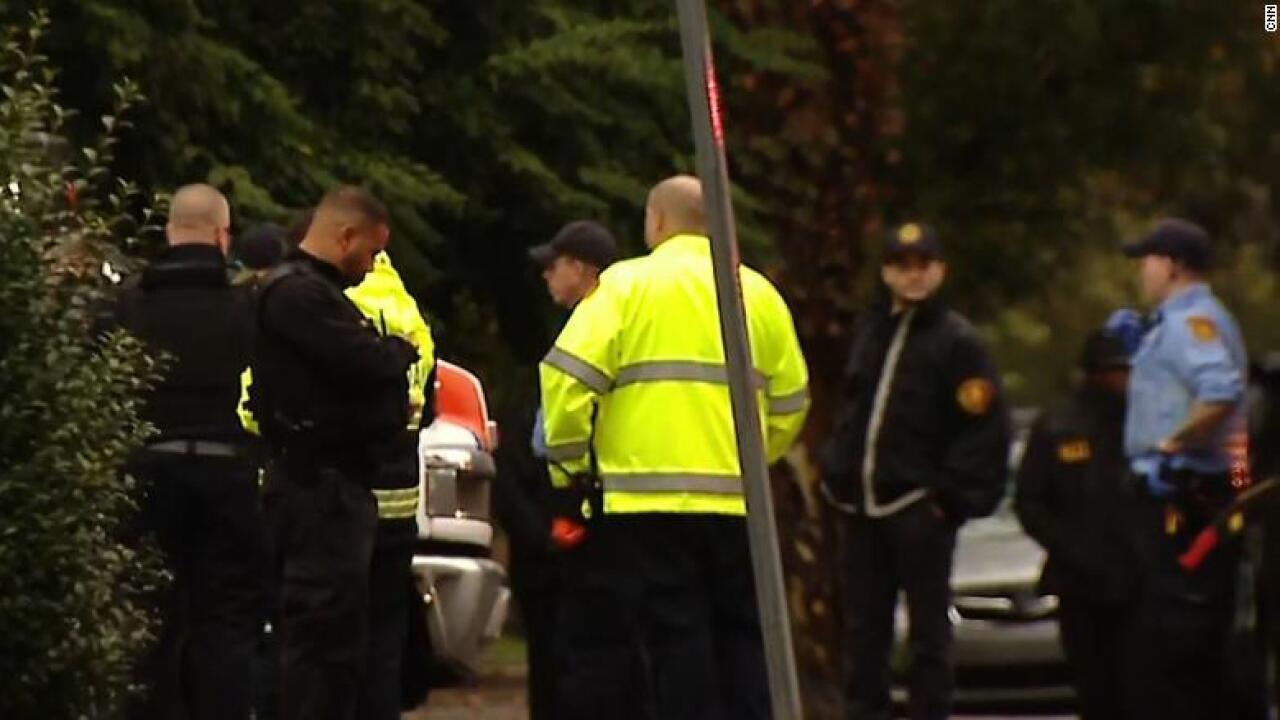 PITTSBURGH — Eleven people were killed in Saturday’s shooting at the Tree of Life synagogue in Pittsburgh, according to Pittsburgh Public Safety Director Wendell Hissrich.

“Today, the nightmare has hit home in the city of Pittsburgh,” Hissrich said at a news conference Saturday afternoon.

The suspect has been identified as Robert Bowers, 46, law enforcement officials told CNN.

The gunman made anti-Semitic statements during the shooting, a law enforcement official said.

Social media postings that are believed to have come from Bowers are a focus of the investigation, a federal law enforcement official told CNN.

Shortly before the shooting, in an account on the Gab social media platform that authorities are investigating, the suspect is believed to have posted he “can’t sit by and watch my people get slaughtered. Screw your optics, I’m going in.”

“It’s a very horrific crime scene,” Hissrich said at a brief press conference. “It’s one of the worst I’ve seen.” 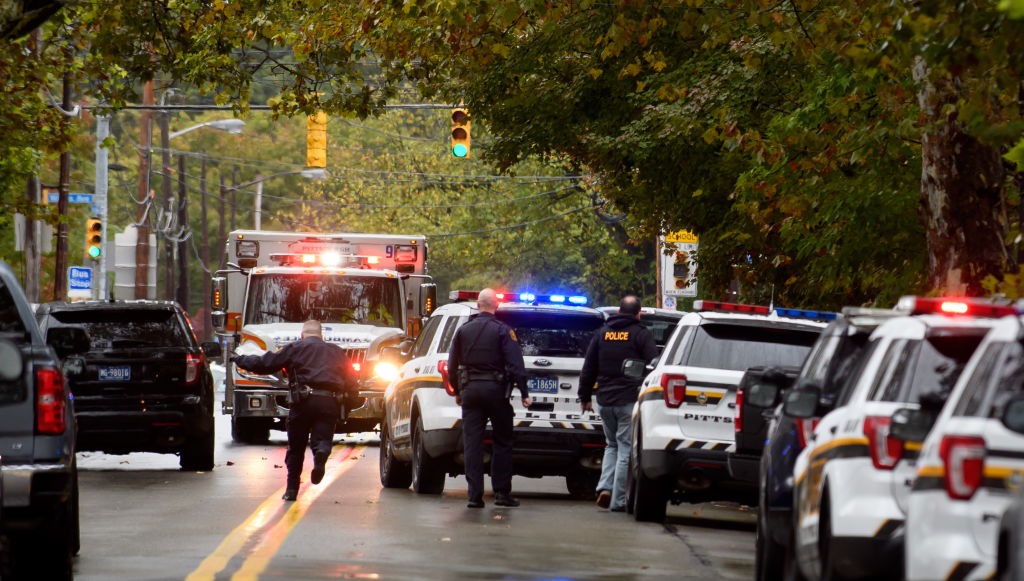 • A law enforcement source told CNN investigators believe social media postings on the Gab account belong to Bowers. The language on the account matches the suspected motivation behind the shootings, the source said.

• In a statement, Gab disavowed “all acts of terrorism and violence” and said its mission was to defend free expression and individual liberty online for all people.” After being alerted to the suspect’s profile on the platform, Gab said it backed up the data, suspended the account and contacted the FBI.

• The officers’ injuries aren’t considered life-threatening, but the other two people injured are critical, Hissrich said. Both of those victims have been taken to trauma centers. A law enforcement official earlier told CNN at least 12 people have been shot.

• The shooter was also taken to a hospital, Hissrich told reporters. Curt Conrad, chief of staff for City Councilman Corey O’Connor, previously told CNN the shooter surrendered and was taken to Mercy Hospital.

• The FBI will be the lead investigating agency, said Hissrich, who said the shooting would be prosecuted as a hate crime, “being that it is a Jewish synagogue.”

• “There appears to be no active threat to the community,” Hissrich said.

“It is imperative that the neighbors in the community surrounding the Tree of Life synagogue stay in their houses and shelter in place,” Lando said. “Do not come out of your home right now. It is not safe.”

Fred Rabner, a member of the synagogue, said it was a “close-knit community,” and that everyone was calling around to make sure their loved ones are OK.

President Donald Trump told reporters at Joint Base Andrews in Maryland that the shooting was a “terrible, terrible thing.”

“If there was an armed guard inside the temple, they would have been able to stop him,” Trump said before boarding a flight to a Saturday rally.

Trump previously said in a tweet that the shooting was “far more devastating than originally thought.”

“Spoke with Mayor and Governor to inform them that the Federal Government has been, and will be, with them all the way,” he added.

Pennsylvania Gov. Tom Wolf said on Twitter that it was a “serious situation,” and the Pennsylvania State Police were helping local first responders.

“This is an absolute tragedy,” Wolf said in another tweet. “These senseless acts of violence are not who we are as Americans. My thoughts right now are focused on the victims, their families and making sure law enforcement has every resource they need.”

Special agents from the Bureau of Alcohol, Tobacco, Firearms and Explosives are responding to the shooting, according to the ATF’s Philadelphia field office.

Security had been a ‘major concern’ for the congregation

The Tree of Life synagogue is a Conservative Jewish congregation, according to its website. It’s in Squirrel Hill, a historic Jewish neighborhood. The synagogue has a Shabbat service at 9:45 a.m. Saturdays, the website said.

Michael Eisenberg, the immediate past president of the Tree of Life congregation, said three congregations — Tree of Life, New Light and Dor Hadash — would have been holding simultaneous services in the building on a typical Saturday.

There would usually would be about 40 people attending the Tree of Life service in the “main part of the building,” Eisenberg said. In the basement below, New Light’s service would also have about 30 to 40 people. And the Dor Hadash congregation in the rabbi’s study room would have about 15 people, he said.

“On a day like today, the door is open,” Eisenberg told a reporter for CNN affiliate KDKA. “It’s a religious service. You could walk in and out. Only on the high holidays is there a police presence at the entrance.”

When he was the congregation’s president, security was a “major concern,” Eisenberg said.

The congregation had worked with the Department of Homeland Security to evaluate its exit routes, he said, and consulted a securities expert at the Jewish Federation about what to do in an active shooter situation.

“We were working with the other synagogues on what to do if something horrific like this happened,” he said.

“This is what you dread hearing,” he said, adding he was concerned for those who might have arrived at the service on time, most of whom would have been older.