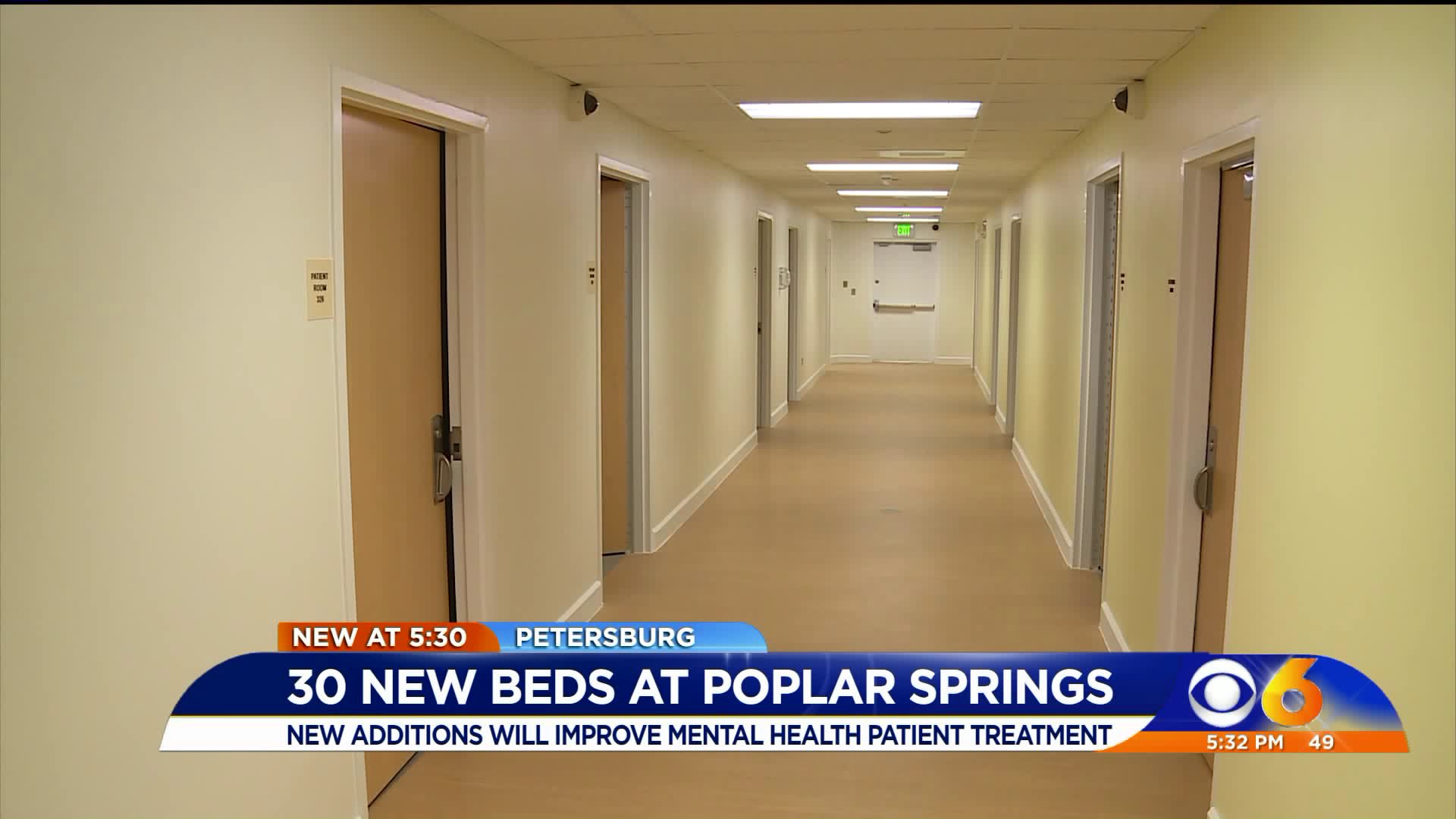 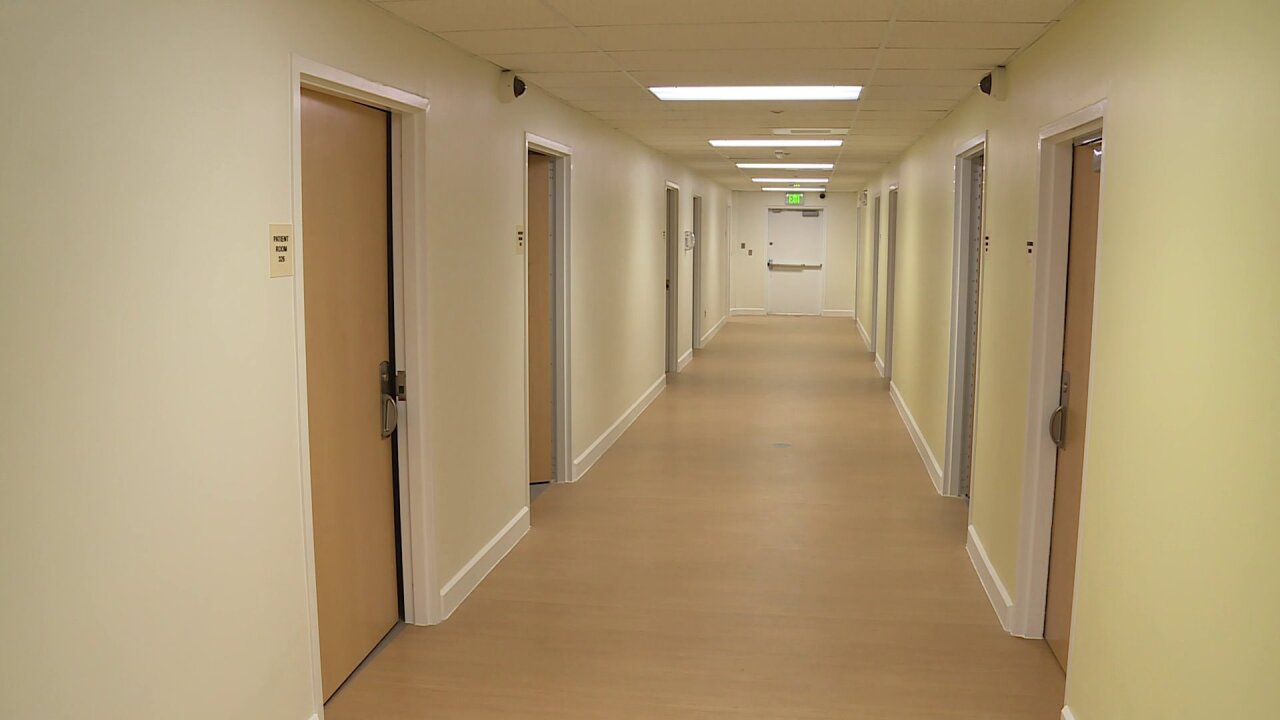 While that may seem like a small number to some, to others the extra beds at the mental health facility will help fulfill a critical need.

Brando likes what she sees as she walks around the 30-bed unit.

"When you're involved in the mental health community the way that I've been, you see the incredible need for something like this," Brando said.

Brando doesn't see the new wing from that of a doctor or administrator, but as a patient.

"I was here at the end of September," she said, adding that she is now doing well in an out-patient program.

Brando pointed said she feels lucky to have found a bed at Poplar Springs last month.

"It's frustrating and all too often people are left to sit in an ER," Brando said. "They leave and then they are arrested and they're forced to sit in a jail cell instead."

That is something she candidly said she can relate to, which is why the 30 new beds are so important to the area -- and the state -- since most facilities are at capacity every day.

"So the impact in this community is that we are now going to be able to get people the help they need," Poplar Springs CEO Nelson Smith said.

"I believe we've really made progress," Dr. Thresa Simon, a psychiatrist at Poplar Springs, said. "We've come a long way, but there is a lot of work to be done."

"I would imagine probably in a week or so we would be full," she said.

But while these beds will offer much-needed help, Dr. Simon said they are not the only answer to treating mental health.

"We don't want to keep on building beds, we also want to make sure patients are at a good level where they can sustain in the community," Dr. Simon said.

"Beds alone and inpatient care I don't think is the cure,  but what are we doing as a society to say, 'We're with you,'" Smith said. 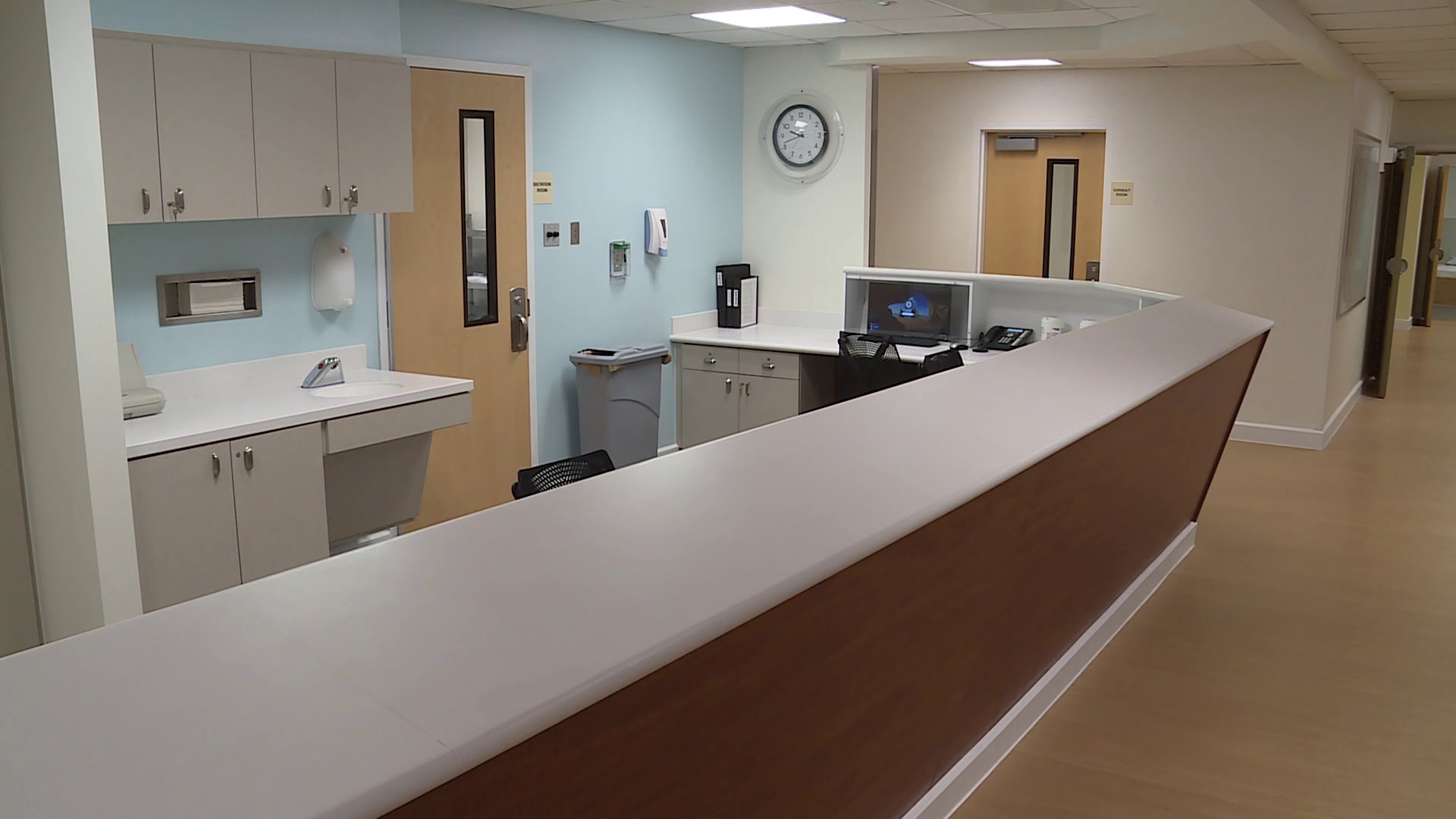