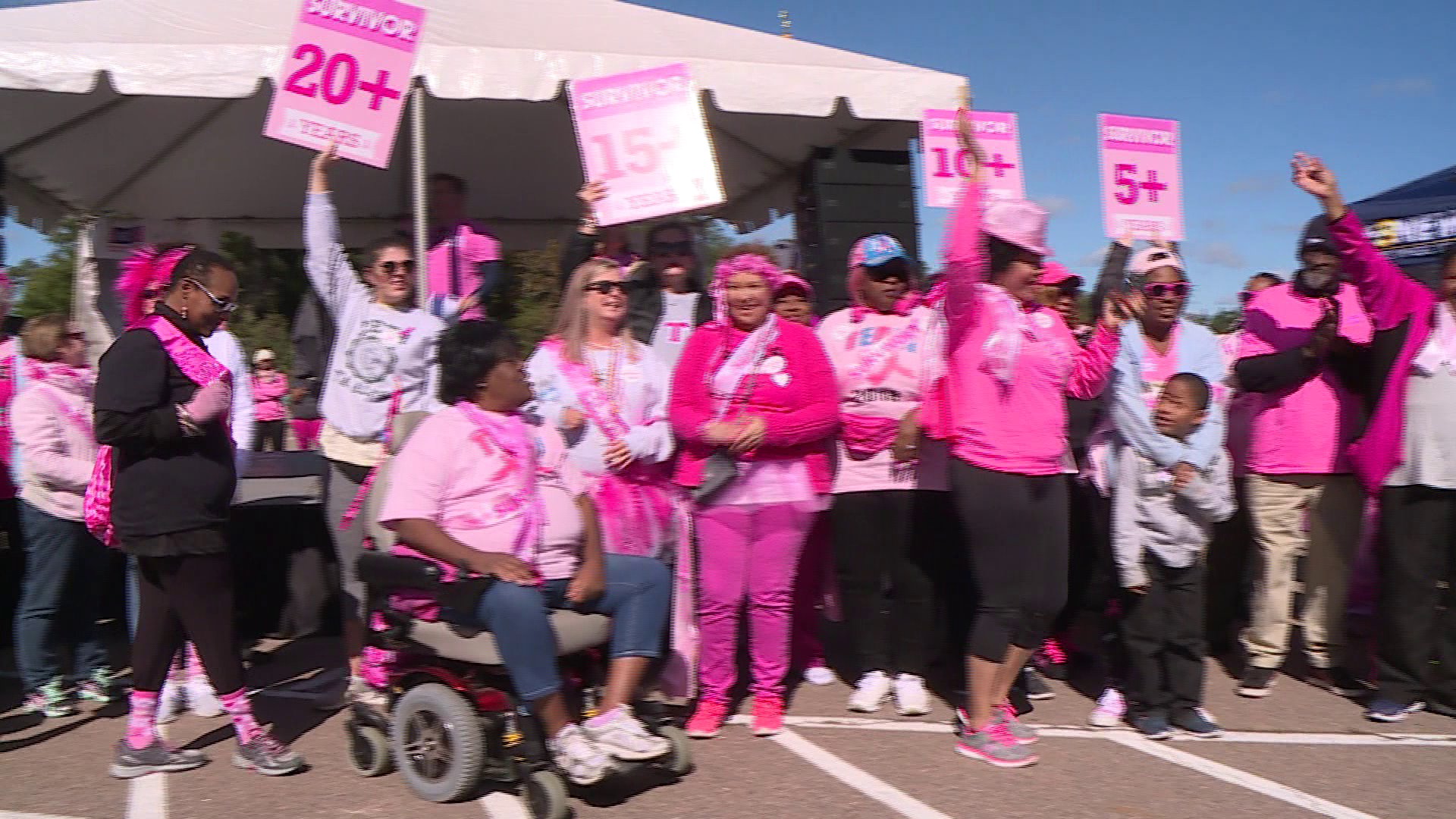 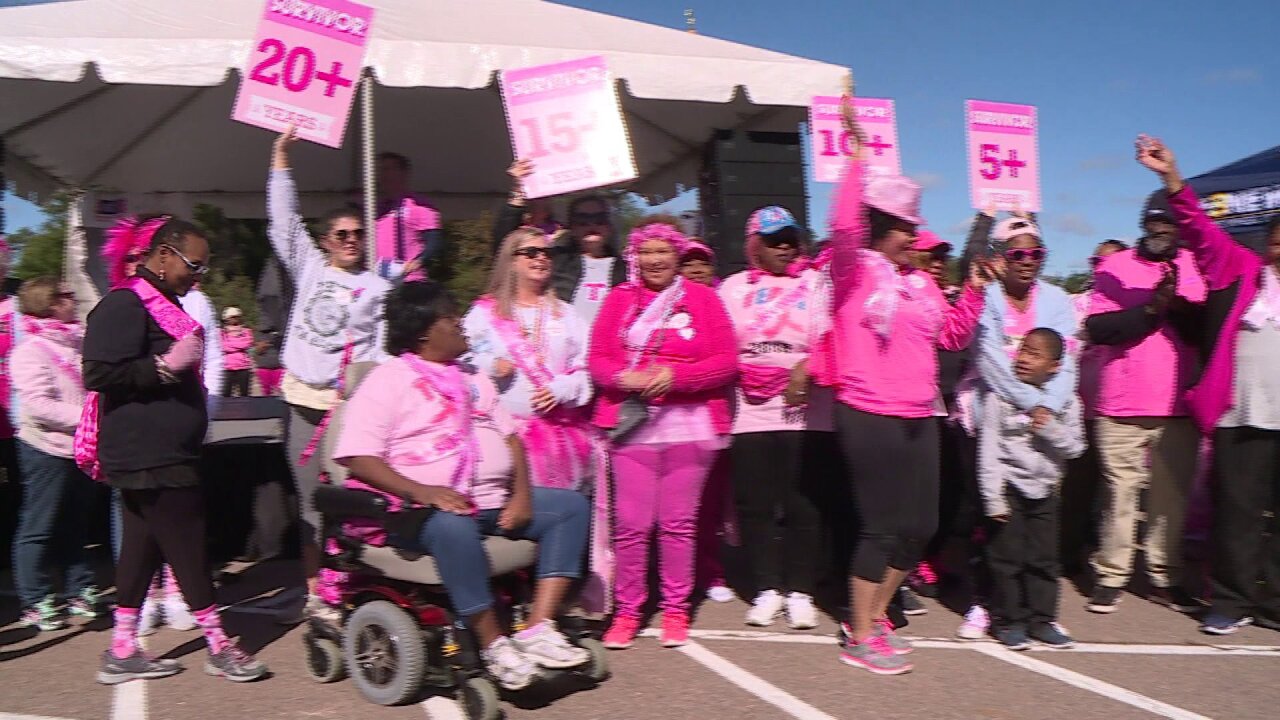 HENRICO COUNTY, Va. -- Taking steps in the fight against breast cancer is what crowds came out to do Sunday at the Richmond Raceway.

Thousands walked for the 17th annual Making Strides Against Breast Cancer of Richmond 5K walk put on by the American Cancer Society to raise awareness and money in the fight against the disease.

"I'm walking today for myself and for my cousin who's a survivor for two years," said breast cancer survivor, Angela Washington.

The crowd formed a sea of pink at the Richmond Raceway as they waited to begin the walk.

Folks cheer at the opening of the 17th annual Making Strides Against Breast Cancer of Richmond 5K.

"It's the feeling, it's all the excitement that comes out here," said Dee Kannon, an event committee member. "And it's the hope and encouragement that we're able to give to those that need it."

For Kannon and so many others at the walk, the fight is personal. After losing her husband to cancer, Kannon was diagnosed with cancer three times.

"All I could think about was my family: my two children, our five grandchildren. I just knew I had to fight for them," Kannon explained.

Fighting was exactly what another survivor at the walk, Patricia Paige, said got her through.

"When I came back the next day and they told me -- it became, 'I have it, so what're you going to do to fix it," Paige remembered.

Their message to others with the diagnosis?

"Gather the ones around you that can help you and get through," Kannon said. "It's support. It's encouragement."

"[I] just want everyone to feel encouraged," Paige said. "If God allowed me to go through cancer and be a survivor, I am no greater to him than anybody else."

Click here for more information or to make a donation to the American Cancer Society's Making Strides Against Breast Cancer.