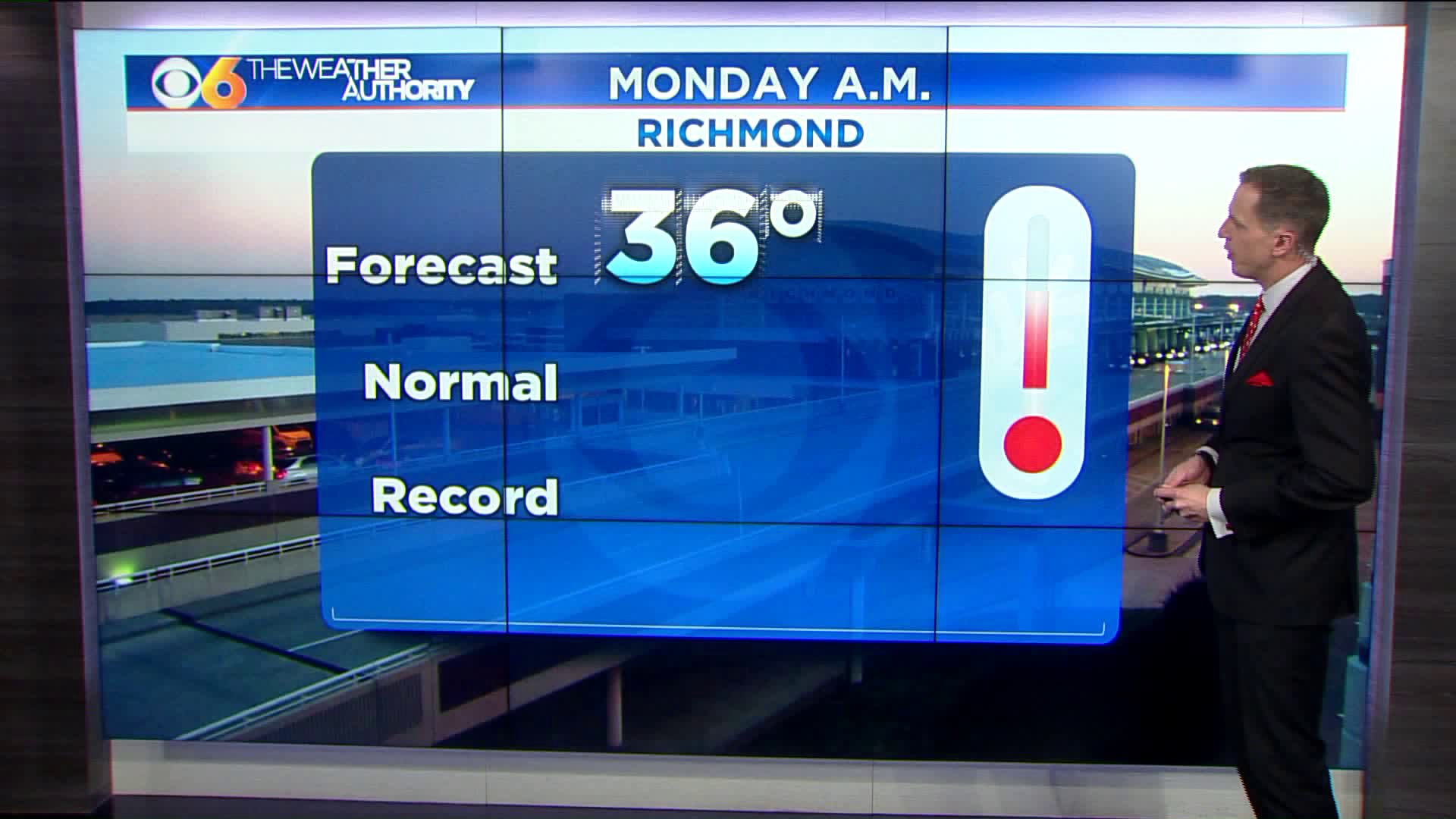 Lows will be in the 30s for much of the area 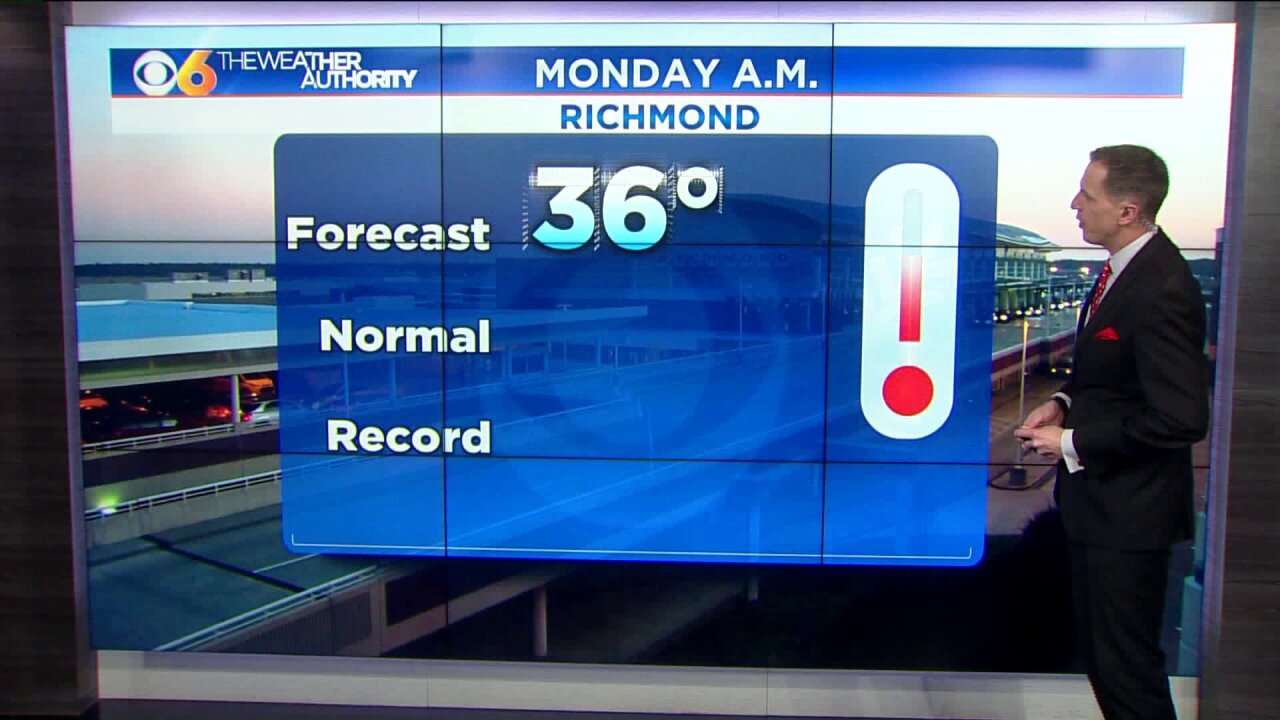 RICHMOND, Va. -- The official low at Richmond International Airport dropped to 38° on Friday morning, but it will be even colder around daybreak Monday.

Morning lows will dip into the low and mid 30s for much of the region.  It will be a little bit warmer near the coast and across southeastern Virginia, but some of our coldest outlying areas will bottom out in the upper 20s.

With lighter winds, frost is likely for a good portion of the state.  A frost advisory is in effect until 8 a.m. Monday for central Virginia, and a freeze warning is in effect for western Virginia.  Click here to see the individual counties affected.

Some people have asked how we get frost when the temperature stays above 32°.  "Official temperatures" are recorded a few feet above the ground.  Since cold air sinks, sometimes the ground temperature is near freezing when it's actually in the mid 30s about four or more feet off the ground.

The forecast low for Richmond would make it the coldest temperature in approximately six months.

Metro lows will be in the 40s Monday and Tuesday nights, but 30s will return for Wednesday and Thursday nights.