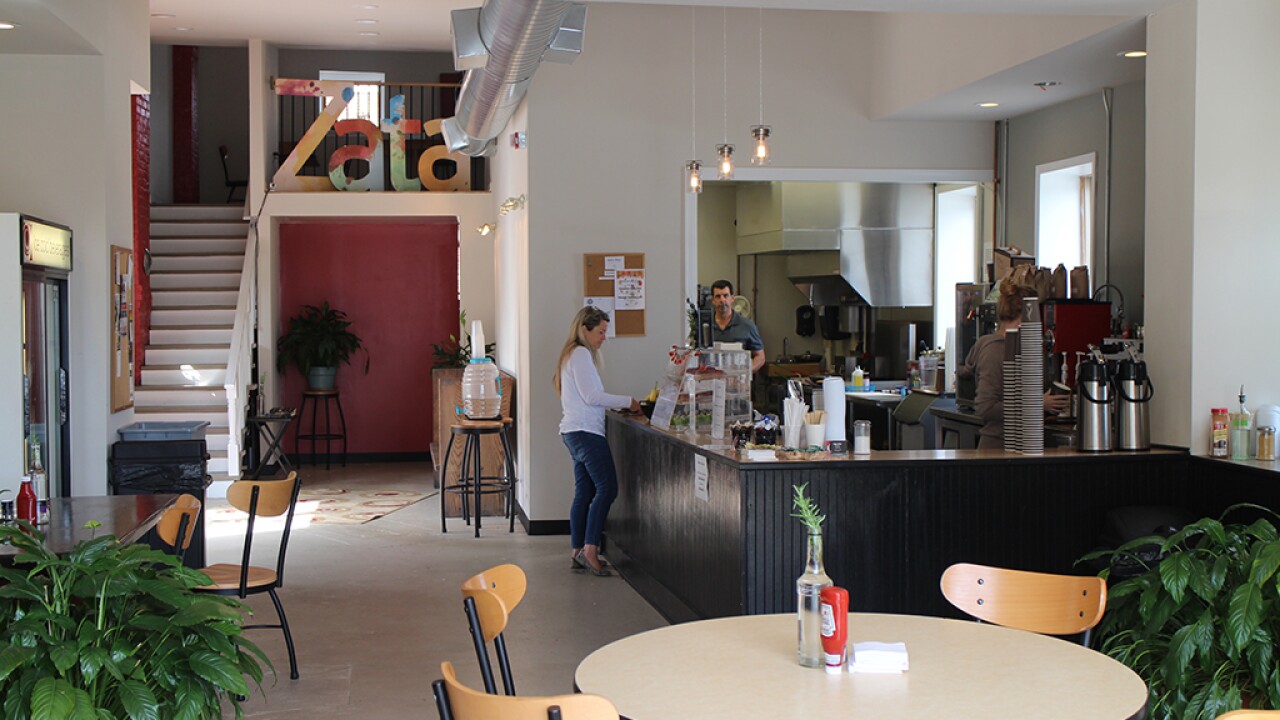 Westover Station is still awaiting its new signage, but it is open for business. Photo by Charlotte Woods.

A Southside café chain has split in two.

The founders of Café Zata have separated ownership of their two locations, with John Cherenzia and wife Joanna Lee keeping the Manchester location, and Ben Spencer taking the Forest Hill outpost and rebranding it as Westover Station.

Spokesman Eric Fischer said the separation of ownership was made official Oct. 5.

“We consider Zata as a sister restaurant, but John and Ben have decided to take each location in their own direction,” Fischer said, adding that the two sides parted amicably.

Spencer and John Cherenzia first launched Café Zata at 5047 Forest Hill Ave. in 2010. The gathering place initially was tucked away in the back portion of the building before expanding to the front around 2013.

Cafe Zata in Manchester retains its cafe vibes while also having meeting space upstairs and a patio outside.

Cafe Zata in Manchester retains its cafe vibes while also having meeting space upstairs and a patio outside.

In summer 2017, they expanded with the addition of the Manchester location at 700 Bainbridge St.

“The ownership decided to take this location in a different direction,” Fischer said. “He’s treating this less as a cafe and more as a gathering place for people to meet and come together as a community.”