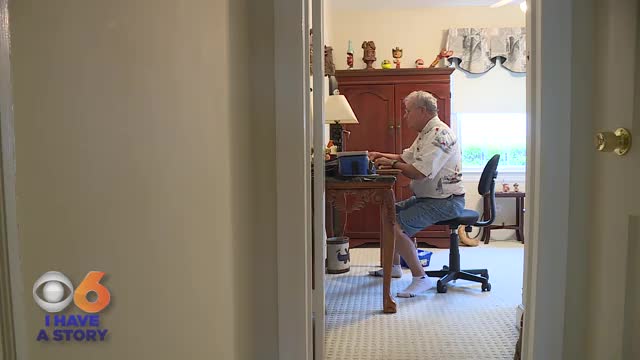 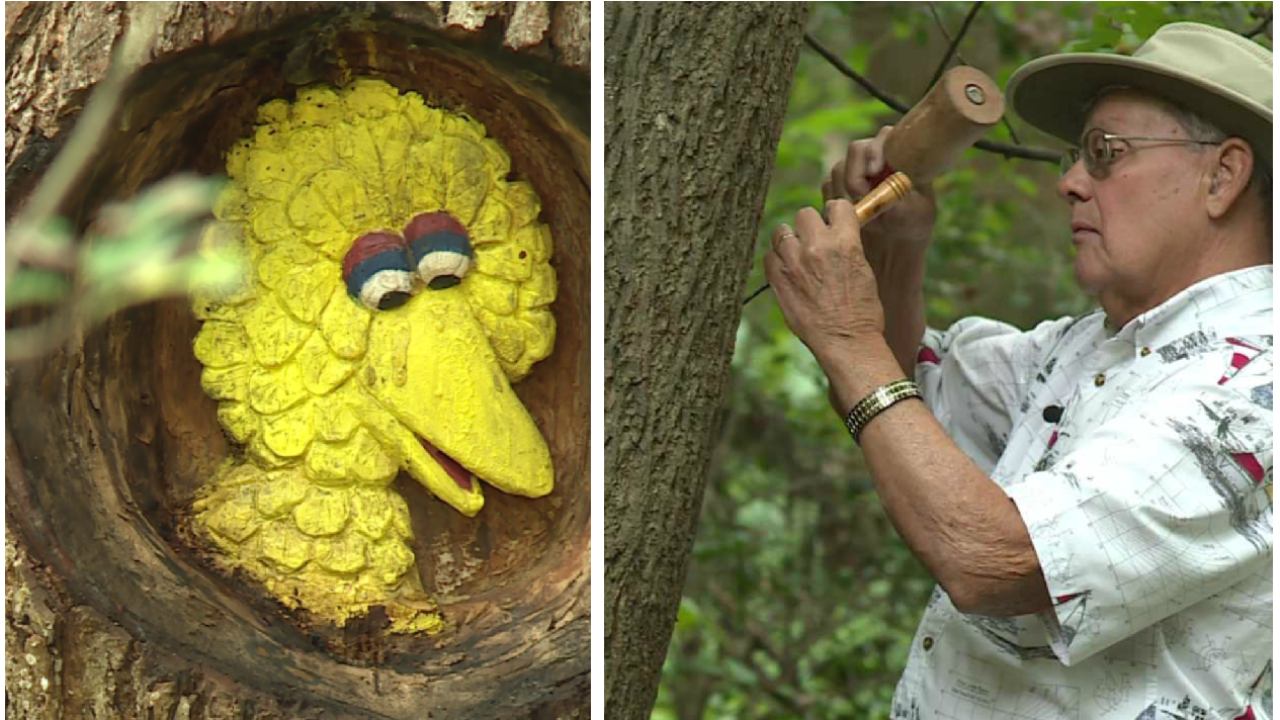 WARSAW, Va. -- Tom Rhodes’ love affair with golf runs deeper than most  - but his tools aren't a driver or 3 Iron - just a chisel.

"I can't play golf, so I just destroy their balls,” Rhodes said.

One thousand carved and customized golf balls later, the retiree truly is whittling away his golden years, and everything else.

"You never run out of materials or ideas for carving,” Rhodes said.

The 80-year-old hones his skills in his mancave several hours a week.

"Everybody has to be someplace. I'd just as soon be here,” he said. “I make Christmas and birthday presents or something. It sure beats giving them a toaster.”

But Tom doesn’t sell his works, instead, he chooses to give most pieces away.

"It seems to make their day and of course it makes my day too."

The former VDOT engineer has been perfecting his hobby since his days as a cub scout.

But not all of Tom’s creations are born inside his home.

On 11.5 secluded acres of privately owned land nestled in the heart of the Northern Neck, Rhodes carves and paints trees.

“I call it "The enchanted forest" and I think that name is perfect. I love it. What is enjoyable to me is the peacefulness in the quiet and solitude,” said Tom.

Working on his fifty-foot canvases, 80 wooden characters have taken shape since 2004.

"I can't sing, preach, teach cook or arrange flowers. This is the only thing I can do man,” Rhodes said.

From Harry Potter and Pirates to Scooby Doo and Shrek. "You do feel an attachment to them,” Rhodes said.

“Everyone knows they are welcome here,” Rhodes said. "I'm so pleased the people can find pleasure in my efforts."

The Lewis brothers, Connor and Quinn along with their mother Michelle are just one of the many families who visit scavenging for treetop treasures.

"I think when you find an individual who is willing to share and capable of giving and want to share it with others that is unique in this world for sure,” Michelle said.

But its Tom’s handiwork far away from his forest he calls most satisfying. So far, he has made 57 mission trips to the most impoverished places in the world.

"I think of the people I've met and learned to love, they are people in need and I've been so blessed I've got to share it with somebody."

Building schools and homes in Haiti and Tanzania, "It’s a bond that stays with you. They are neat people,” Rhodes said.

Tom also teaches his craft, so new friends can scratch out a meager living.

"Its one of the few things where my life feels meaning or purpose,” he said.

The Picasso of pine doesn’t predict how many creations he has left in his tools and seasoned hands. No matter. Tom Rhodes has already carved a masterpiece. His legacy.

"Its one of my favorite things to do,” says Tom. "It is nice if something outlives you. It is good if you can leave something that is lasting."

After owning the 11.5 acres in Warsaw for thirty plus years, Tom Rhodes sold his Enchanted Forest recently. The new owner says Tom will be able to keep carving away. When the property is eventually developed each and every piece of Tom’s art will be preserved in a community center in Warsaw.