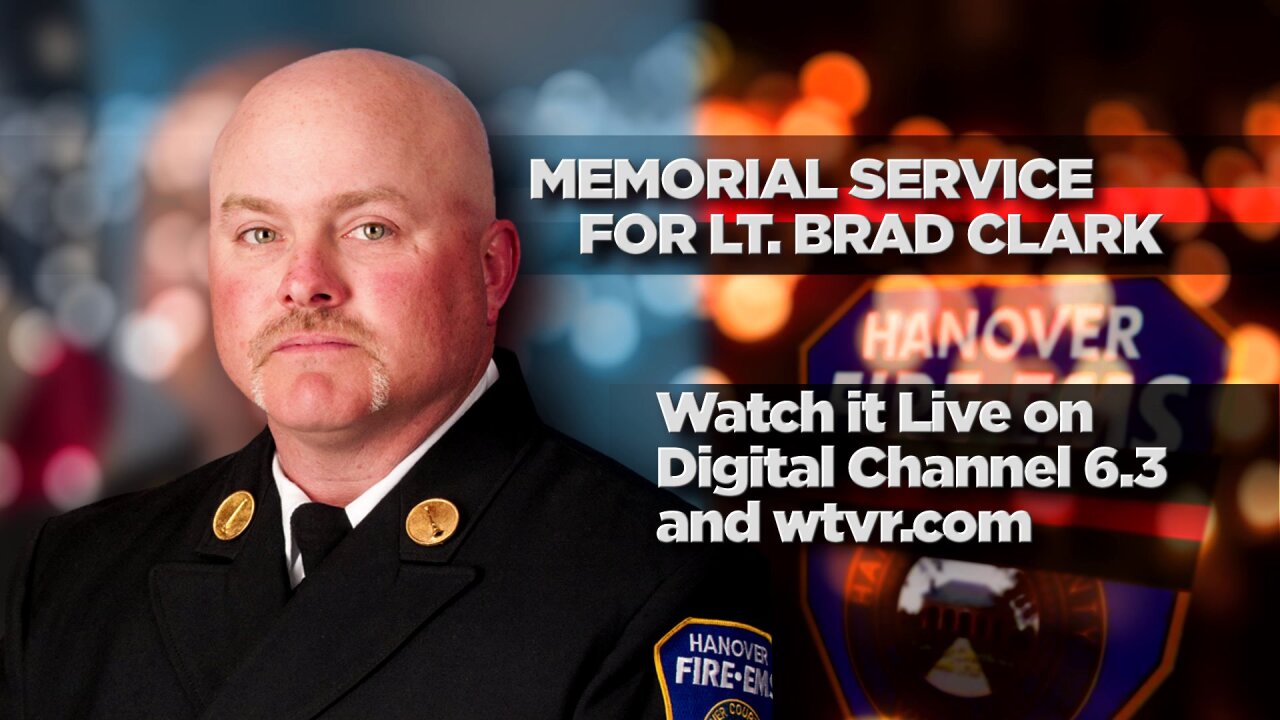 HANOVER COUNTY, Va. — Hanover firefighter Lt. Brad Clark will be honored in a memorial service Wednesday afternoon at Meadow Event Park in Doswell. Clark was killed while on duty last Thursday night on Interstate 295 in Hanover.

The 2 p.m. service will be shown on CBS 6.3 and streaming online on WTVR.com and Facebook.

Clark was killed, and three other firefighters injured, when the driver of a tractor trailer drove into their firetruck as the firefighters assisted other drivers involved in an accident on I-295 near Pole Green Road.

Tropical Storm Michael was lashing the Richmond area with heavy rain and strong wind at the time.

“The fire engine had its emergency lights activated while stopped in the far left lane and shoulder,” Virginia State Police spokesperson Corinne Geller said. “A southbound tractor-trailer rear-ended the fire engine and struck four firefighters who were outside the fire engine.”

Clark was an internationally-known firefighter who trained other firefighters around the country and on-the-job safety.

“He loved the military, he loved his country and he loved the fire service dearly,” fellow firefighter Shawn Jones said. “He loved his family and the most recent conversation I know we had was, he was talking about his daughter going to college and he was telling me that these things came fast.”

The Clark family issued a statement following the crash, thanking the community for its support.

‘While our mourning is far from over, we are encouraged to know that we will be able to continue to lean on the support of so many,” the family said in a statement. “Now we ask the community to support the families of the two wounded firefighters that still have a long road ahead of them. Thoughts, prayers, encouraging words, and simple acts of kindness are welcome at any time and mean so much. Many people have asked about making financial donations and those intentions are greatly appreciated.”