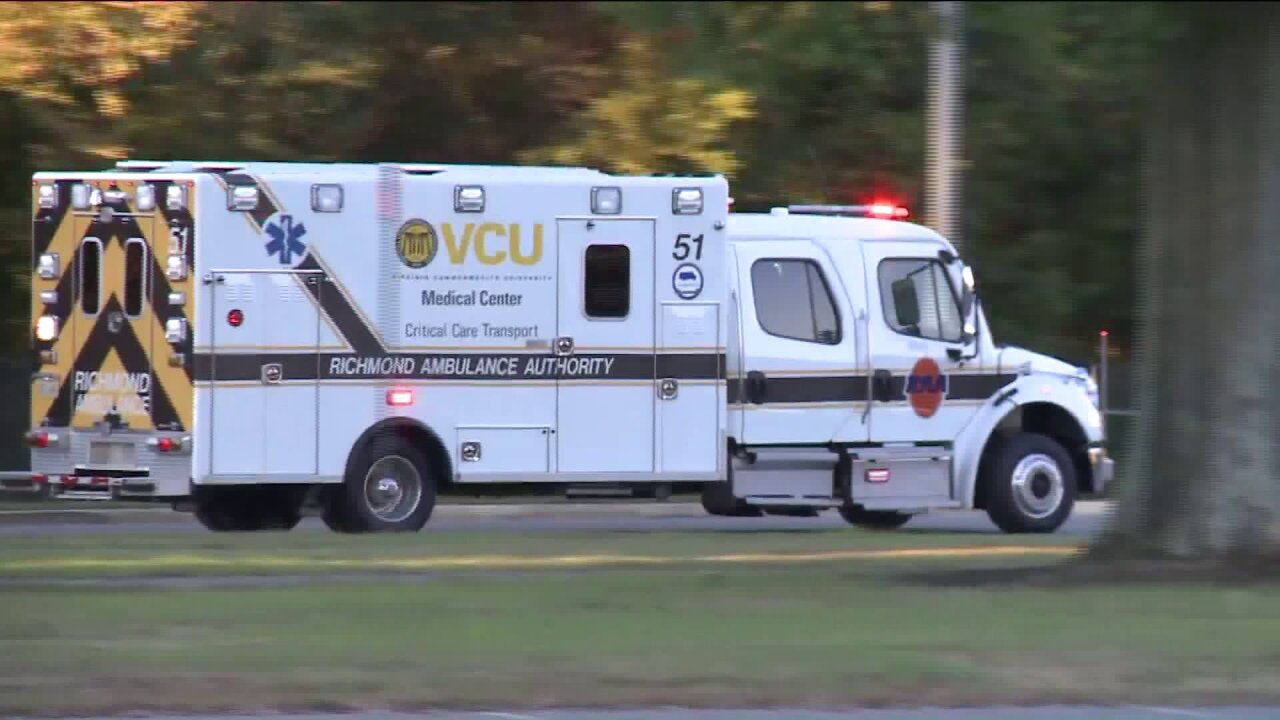 Jon Burkett will have more details on CBS 6 News at 11 p.m.

CAROLINE COUNTY, Va. – A Hanover County firefighter whose leg was amputated after a tragic tractor-trailer accident, got a special escort Wednesday afternoon to the memorial service for Lt. Brad Clark, the firefighter killed in the same accident.

Sources tell Jon Burkett that the firefighter, Carter Lewis, begged doctors and nurses to attend the memorial service for his fallen brother.

Those doctors and nurses accompanied Lewis inside of an ambulance from VCU Medical Center to Meadow Event Park in Doswell where the service took place.

The injured firefighter received an escort from a Virginia State Police trooper motorcade.

Lewis was on his first day on the job when the tractor-trailer slammed into their fire truck.

“He was new. He’s already got that calling in his blood and it’s amazing that he wants to be here,” said Henrico County Battalion Chief Doug Reynolds. “I mean he had a devastating injury. The thing is, he needs it and we need it so it’s awesome that he’s going to be here.”

It was revealed the memorial service Wednesday that Lt. Brad Clark shouted to alert his crew that a tractor-trailer and imminent danger was heading their way while they were working an accident on I-295 last Thursday.

Those heroic actions may have saved the lives of Lewis and the rest of the crew.