Instacart is now valued at $7 billion 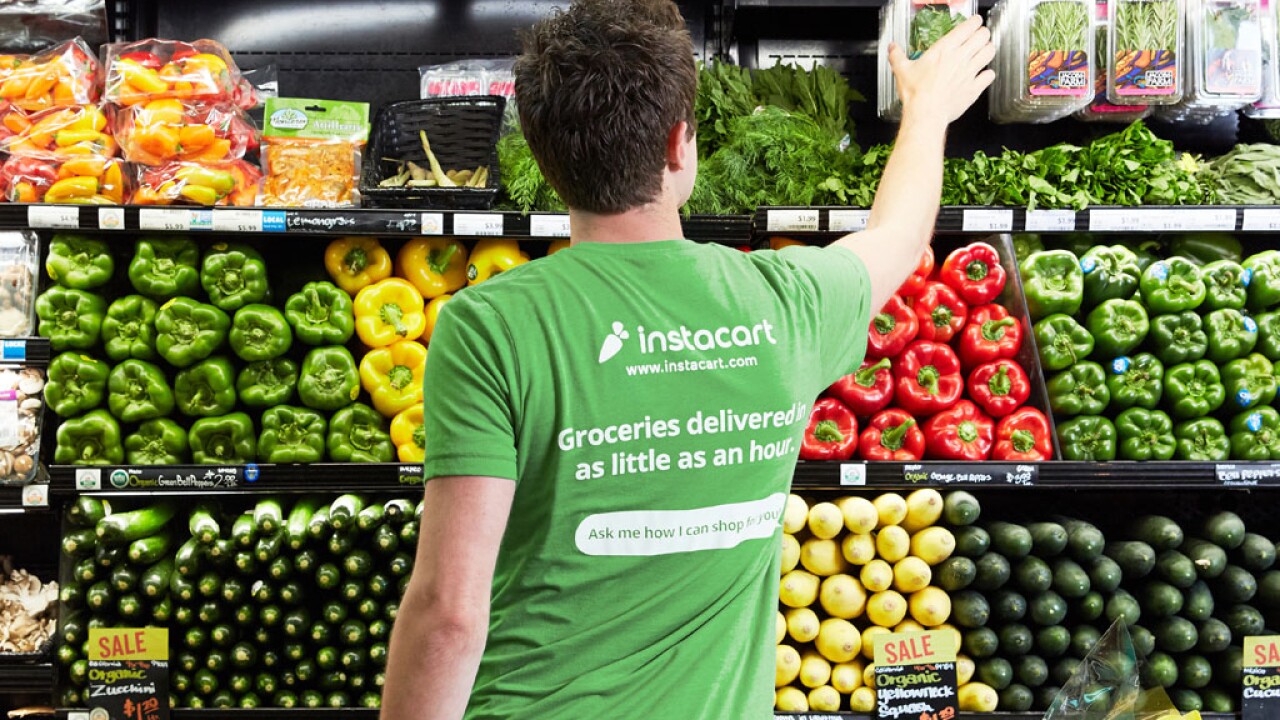 The service dispatches its “shoppers” to collect and deliver groceries. (Instacart)

The on-demand grocery delivery company raised $600 million during its latest funding round, the company announced. That puts its valuation at $7.6 billion.

Instacart, which launched in 2012, provides customers a personal shopper that scours grocery store aisles, purchases items and delivers them.

It will use the cash to expand and market its operations throughout North America, and recruit engineers and product staff. The San Francisco-based company announced in September it would open a second research and development headquarters in Toronto.

The investment is a shot in the arm for a company that many thought would wilt under pressure from Amazon.

When Amazon bought Whole Foods for $13.7 billion in 2017, Whole Foods was Instacart’s largest grocery partner for online ordering and delivery.

But Amazon’s growing grocery delivery service, AmazonFresh, provided a similar service. Amazon is also experimenting with a “click and collect” model that lets customers buy groceries online and pick them up at new AmazonFresh locations.

Although Instacart is still available at some Whole Foods locations, the company has continued to build out other partnerships. It now has deals with more than 300 national, regional and local retailers, including Kroger, Sam’s Club, Publix, Albertsons and Walmart Canada, among others. (That’s up from 135 partnerships in March 2017.)

“We believe that traditional retailers will lead the category online, as their brick and mortar stores are the most effective distribution centers for fulfillment of online grocery orders,” said Dan Sundheim, founder of D1 Capital Partners in a press release. D1 Capital led the new round of funding.

In total, Instacart now services 15,000 grocery stores across 4,000 cities with 50,000 shoppers. Like with other gig economy startups, the company’s pay and tipping structure for its on-demand shoppers has been the subject of controversy.