Where Brat and Spanberger differ on immigration and health care 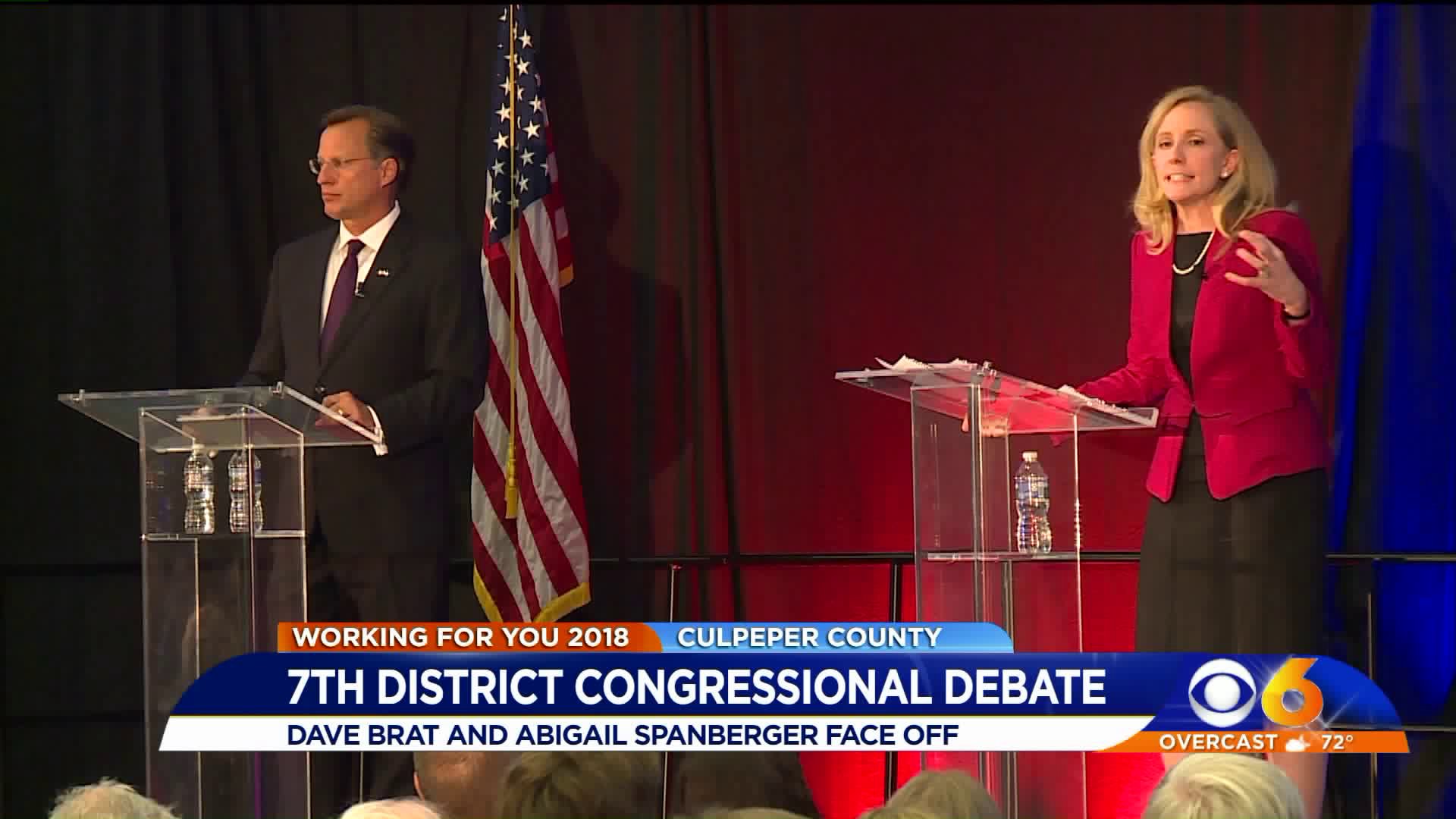 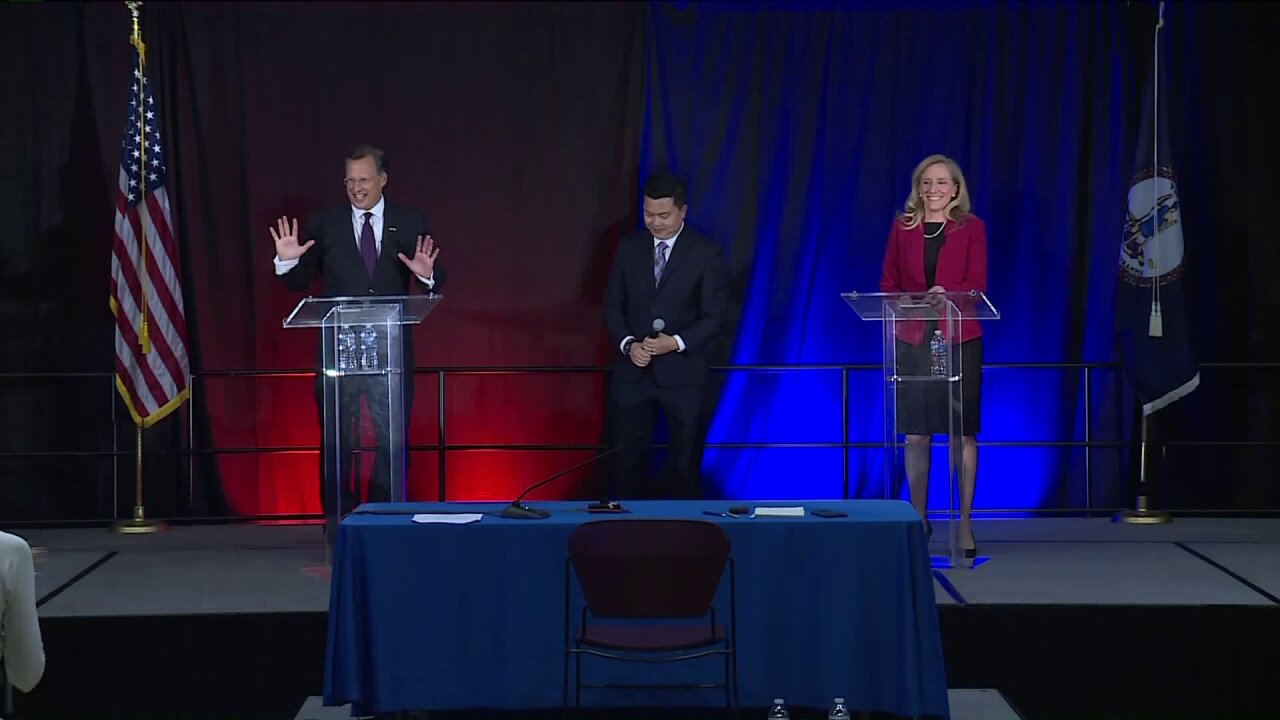 CULPEPER, Va. -- Rep. Dave Brat (R - 7th District) and his Democratic challenger Abigail Spanberger drew sharp contrasts in Culpeper on Monday evening at their only scheduled debate. The candidates, who are in a nationally-watched tight race in Virginia’s 7th district, discussed their positions on a multitude of issues, such as student debt reform, climate change, and the housing crises. But the two most pressing topics brought up were immigration and healthcare.

In his opening remarks, Brat said that he has always been a leader on immigration reform and that he has achieved results. He added that even though he was elected just four years ago he already helped to halt a “liberal amnesty bill” in Congress, which would have been “devastating for Virginia wages and for Virginia jobs.”

He also cited recent congressional efforts to pass an immigration bill, which failed to gain support in the House of Representatives.

“Every major Democrat, including Barbara Jordan, the great civil rights leader, was in favor of all the components in that Goodlatte bill,” Brat said. “If you look at the facts of the matter, it’s very clear that my opponent falls to the very far left on this issue of immigration.”

Brat also criticized Spanberger for supporting sanctuary cities, which he accused of disregarding federal law enforcement and the “laws of the land.”

Immigration policy wasn’t the only topic Spanberger and Brat disagreed on during the forum. Both candidates had much to say about health care and its impact on the 7th district. Brat said that more competition is needed to lower the high costs of prescription medication.

“For a free market to thrive, we need a large number of small firms competing against each other,” he said. “These drugs are vitally needed and we need low-cost drugs. So, the basic idea is to return power back to the states and localities.”

Brat claimed that Spanberger’s support of the “Medicare for All” plan, which would make medicare the basis for all health insurance in the country, would also raise healthcare costs substantially. “The way to lower prices is to get rid of Obamacare,” Brat said.

But Spanberger said she actually disagreed with the plan and advocated for the “Medicare-X Choice Act” instead. It extends the option of Medicare to non-elderly Americans.

This was an extremely important distinction to constituents in the 7th district, like resident Karen Whitacre.

“My family actually received our healthcare through the ACA,” she said. Whitacre said Brat’s opposition to affordable health insurance and coverage of pre-existing conditions was a major concern to her family, and she felt her needs weren’t being listened to.

“When Spanberger announced her candidacy, I really knew that she was someone that would listen to our concerns and act on them in Congress, which Dave Brat has not been able to do,” Whitacre said.

He said that Brat has been one of rural Virginia’s “great champions,” and that “Dave Brat’s philosophy of limited government, the constitution and less government spending is good for my business.”

The forum in Culpeper will likely remain the only debate in the 7th district race.

By Rachel Kidwell and Taylor Mills (Special to WTVR.com)