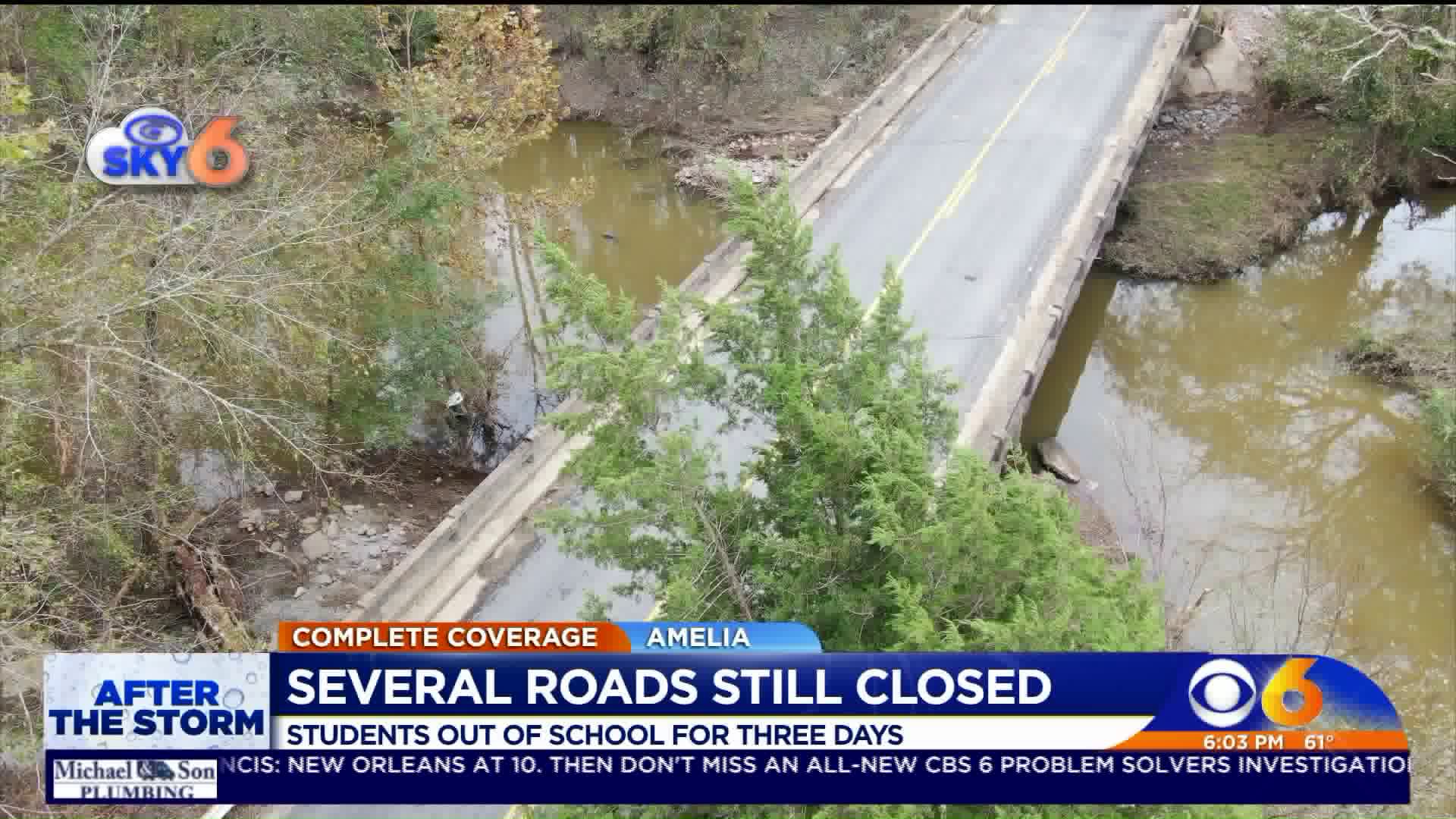 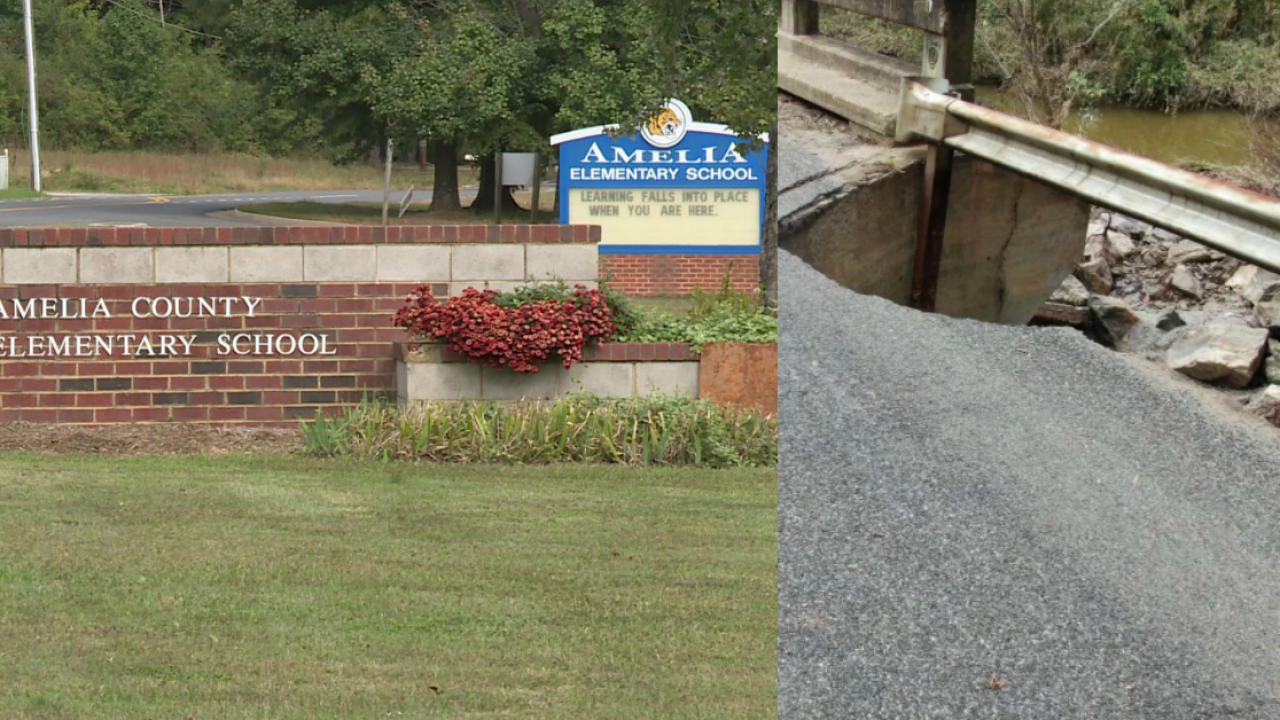 AMELIA COUNTY, Va. -- The interim superintendent in Amelia County Public Schools has confirmed that school will be back open on Wednesday despite that two bridges in the county still have long-term damage.

Meanwhile, students and parents have been taking advantage of the beautiful fall weather and three unexpected days off from school.

“We’re not used to being out of school this long,” parent Nicole Snow said.

Snow and her daughter Ava searched for painted rocks in a park in downtown Amelia.

They're here because Ava's school closed last week after Tropical Storm Michael caused power outages, pulled down trees, and washed out a number of roads throughout the county.

“Yes, she is missing time she needs to be educated,” Snow said.

The closures messed up school bus routes for kids like Jakiya Booker.

“We can still feel the blunt force of it,” Booker's dad Matthew said.

He said his family is making the best of the situation.

“She’s been on her cell phone or laptop or watching tv doing whatever she wants to out here on the trampoline riding a bike,” Booker said.

And they're trying not to worry about what the future holds.

“Just take it one day at a time all we can do,” Booker said.

The interim superintendent David Smith said they were able to re-route buses around those two bridges that were damaged, and worked with families in those areas to ensure everyone will be able to get to school tomorrow.