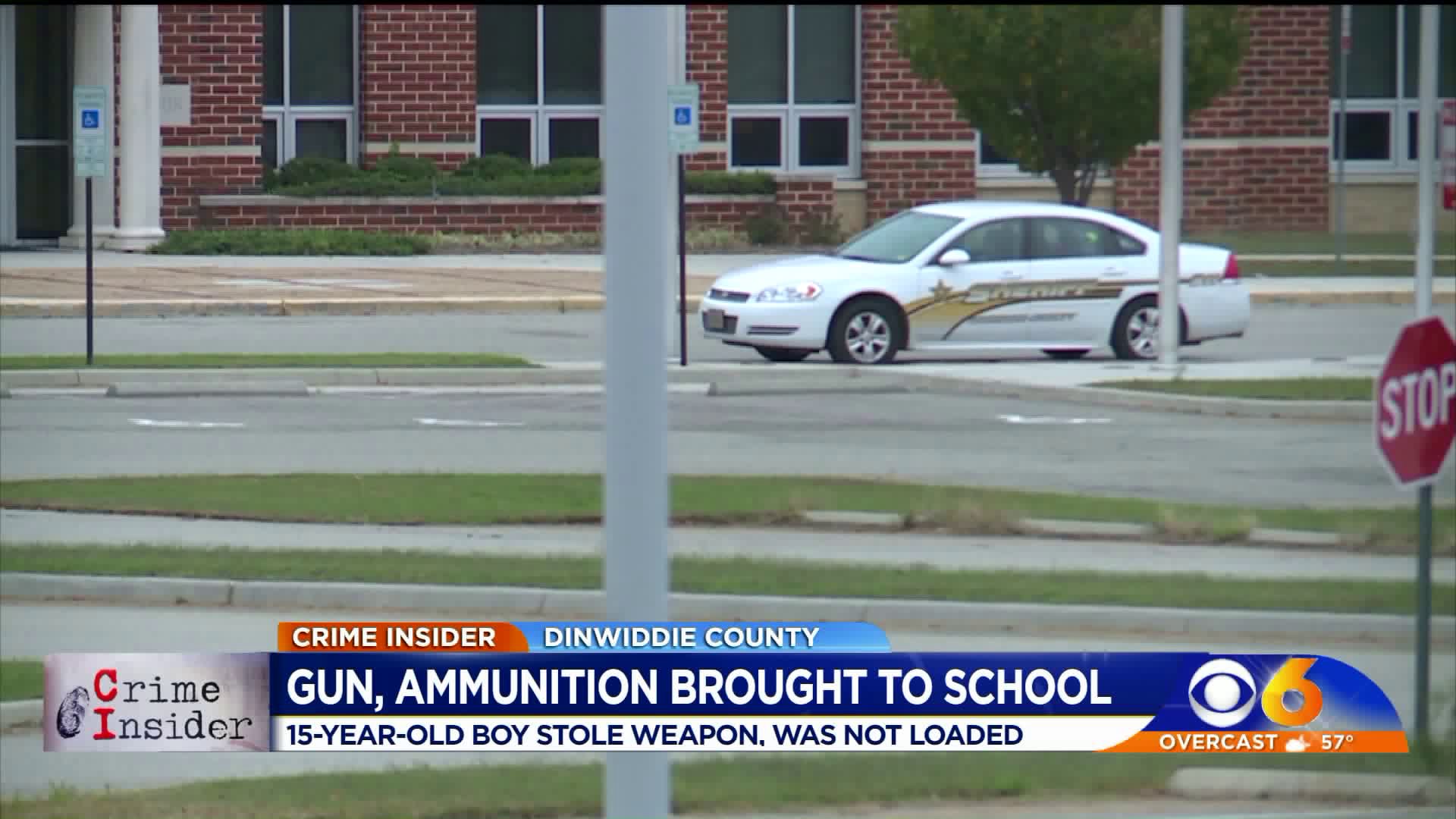 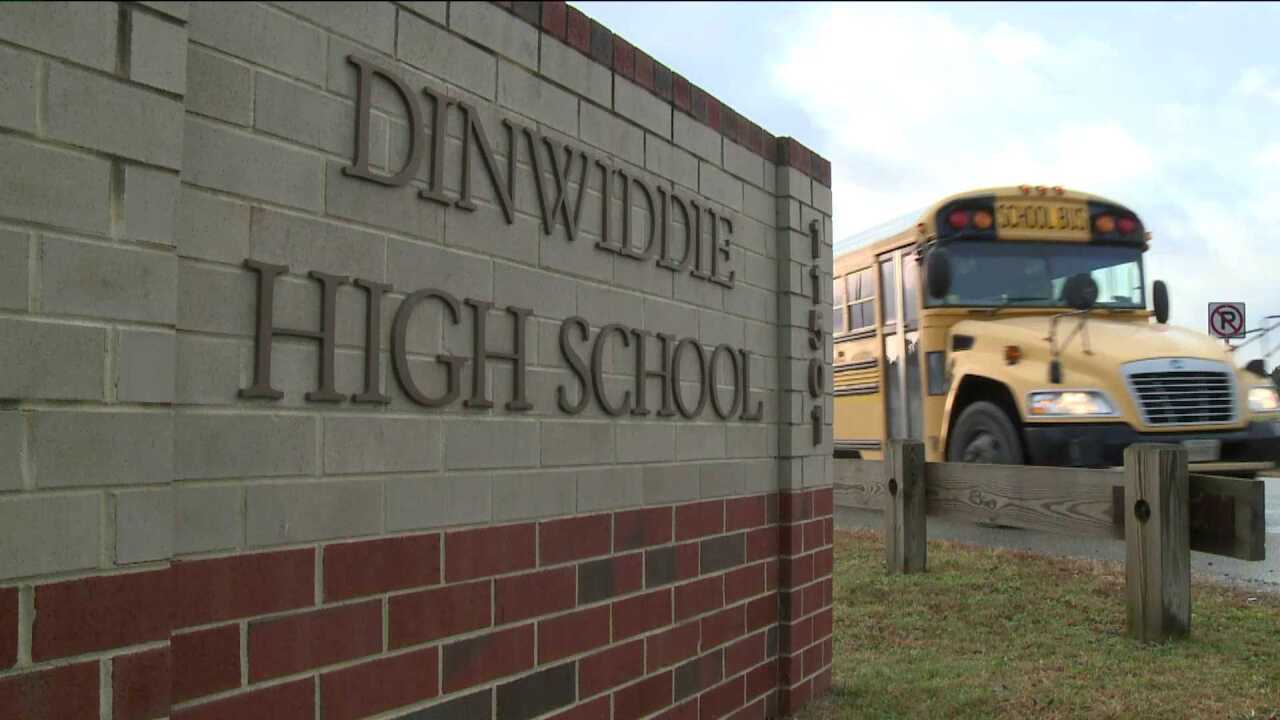 The 15-year-old student was in possession of an unloaded 45 caliber semi-auto handgun, according to school officials. Sources with the Dinwiddie Sheriff's Department says that the teen did have ammunition, but it wasn't in the weapon.

Sources tell CBS 6 that a staff member overheard the student talking about the gun and alerted authorities. School officials said the school received a report of a student with a gun at approximately 12:30 in the afternoon.

School administrators and the resource officer located the male student and confiscated the gun. The student was then taken into law enforcement custody.

School officials said that the student claims he took the gun from an adult in a home where he spent the previous night. Crime Insider sources say the gun was stolen from the residence.

“All evidence suggests that this is an isolated incident and there is no threat to students or staff,” said Assistant Superintendent Dr. Royal A. Gurley, Jr. “The student is in the custody of law enforcement and will face legal action. Additionally, consequences will be imposed against the student in accordance with state law and the Student Code of Conduct.”

Parents tell CBS 6 that they are upset that school officials did not notify them of the gun incident until after school dismissal.

The 15-year-old sophomore has been served juvenile petitions.